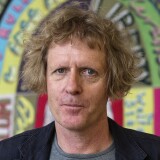 Born 1960.
Interested in selling a work by Grayson Perry?
Get an Estimate

Works by Grayson Perry at Sotheby's 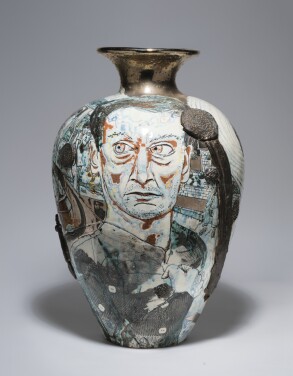 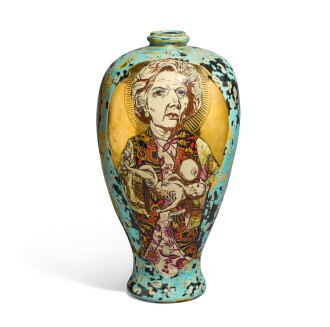 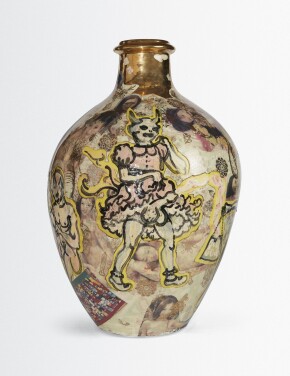 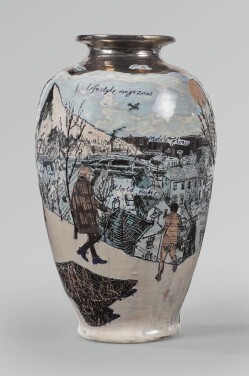 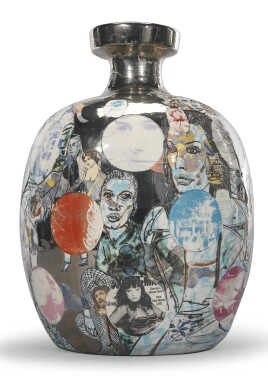 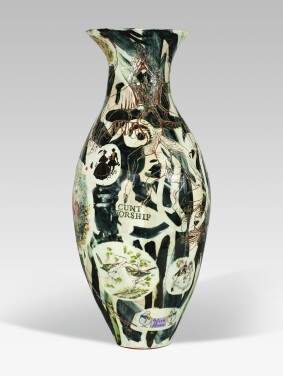 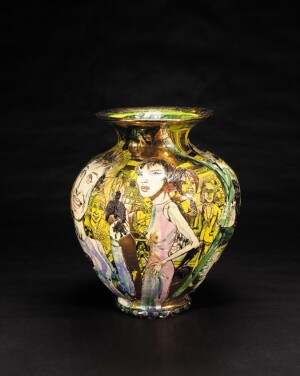 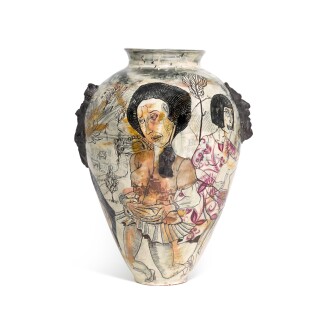 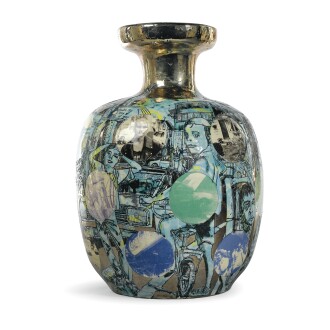 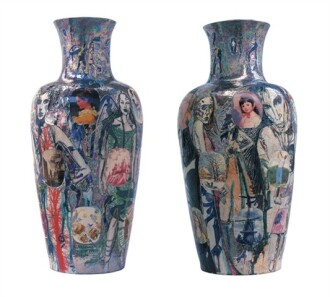 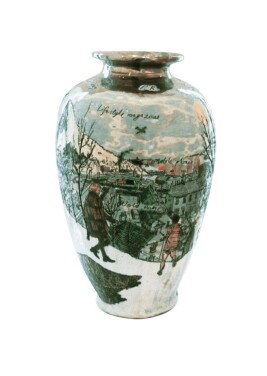 English Contemporary artist Grayson Perry once described his vibrant ceramic vessels and printed tapestries as completed with a “guerrilla tactic”: the viewer is at first drawn to the artwork's decorative beauty, then confronted with the incongruously dark subject matter. A plethora of influences, from Greek pottery to folk art, inform Perry's intricately animated explorations of identity, gender, social status, sexuality and religion. Largely autobiographical, Perry’s work prominently features his female alter-ego, Claire. An evolving and multifaceted identity, Claire is both a revelation of the artist’s inner world – he began cross-dressing at a young age – and an integral part of Perry’s public persona. Rising to international fame after winning the coveted Turner Prize in 2003, Perry is also a prolific curator, writer and television presenter.

Perry was born in 1960 to a working-class family in Chelmsford, England. A troubled childhood – his mother suffered from mental illness and his stepfather was violent and abusive – led Perry to cultivate a rich imaginative life. Unwelcome at home after his family discovered his cross-dressing, Perry became involved in the local punk movement and spent time living in squat houses. He studied at Braintree College of Further Education from 1978-79 and graduated with a BA in fine arts from Portsmouth Polytechnic in 1982. Shortly thereafter, Perry developed an interest in pottery – an unorthodox choice of media – having “unwittingly stumbled across a niche that hadn’t been occupied by anybody in the art world.”

In 2002, Perry had his first major solo exhibition at the Stedelijk Museum Amsterdam; the following year, he became the first ceramicist to be awarded the Turner Prize. In 2013, he was named Commander of the Order of the British Empire. Perry wrote and published two autobiographies: Grayson Perry: Portrait of the Artist as a Young Girl (2007) and The Descent of Man (2016). Additionally, he is involved with numerous television productions including the 2005 documentary Why Men Wear Frocks. His work is in the collections of the Museum of Modern Art in New York, the Tate Modern and Victoria and Albert Museum in London, and the Stedelijk Museum Amsterdam. He currently lives and works in London.

Expert Voices
‘I Have to Stay at Home’ - An Auction for Lockdown
Expert Voices
How to Start a Modern British Art Collection
Contemporary Art
Love Letters by Grayson Perry
Contemporary Art
Heart of Gold: Contemporary Artists Donate Works for Aortic Centre Trust
Bonnefanten Museum
Stijn Huijts on Life at the Bonnefanten Museum
Modern British & Irish Art
A Riot of Colour: Highlights from Made In Britain/Online
Contemporary Art
Sculpture From the Collection of David Teiger
Modern British & Irish Art
10 Under £10,000 from Modern British Greats
Modern British & Irish Art
Made in Britain: A Century of Celebrated Artists and Makers
Contemporary Art
Michael Jackson: An Icon Celebrated
Collaborations
Look Who's Talking: 2017 in Quotes
Old Master Paintings
Tim Marlow’s Must-See Museum Shows: January 2018
Artist Image: 2014 Getty Images
Please note that prior performance of the indexes and realized returns contained herein does not guarantee future results. In addition, there is no guarantee that random collections of individual works of art or stocks will yield index returns. We are not financial advisors and we are not in the business of recommending art as an investment. We also have no comparative advantage in forecasting the future direction of the art market. Investment decisions should be based on the risk return tolerance and time horizon of the investor with, if desired, the support of a licensed financial advisor. This information is provided "as is" and with no representations or warranties either express or implied of accuracy, merchantability, fitness for a particular purpose or of any other nature are made with respect to this information or to any expressed views presented in this information.