Works by Feodor Rückert at Sotheby's 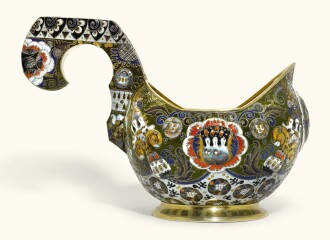 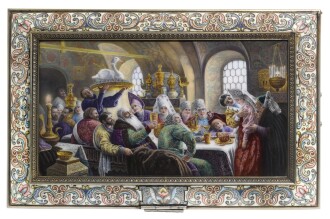 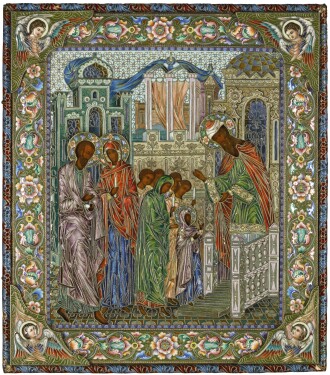 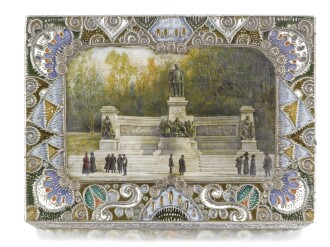 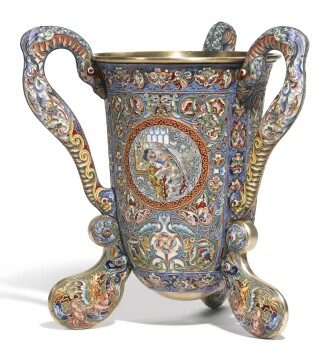 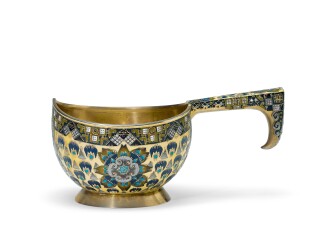 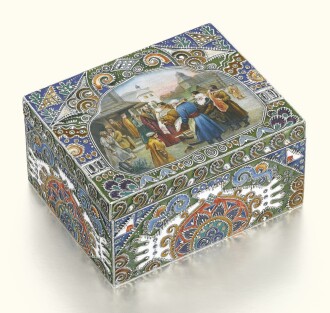 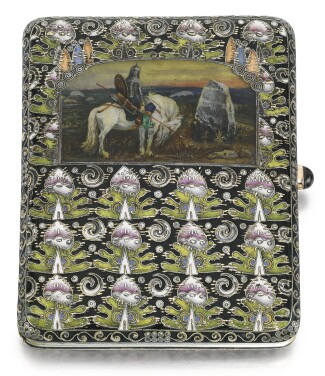 Famed for his exceptional enamel work and long-standing collaboration with Fabergé, Feodor Rückert was a pioneer of the Neo-Russian style whose works today decorate the museum collections around the world.

Of German origin, it is not known with certainty where and when Feodor Rückert was born. Most of his life was spent in his beloved Moscow, where he had his painting and silver workshops. From records, we know he had around 14 craftsmen working for him in his premises and much like Carl Fabergé, he had full control over the creative and production processes of his firm.

Rückert’s workshop specialised in cloisonné and en plein enamels from its inception. Following the blossoming of the Russian Revival style in the arts, Ruckert started with the production of traditional Russian designs, incorporating traditional flowers and foliage in delicately shaded hues and showcasing his talent in rendering details. Gradually, his experiments with a more modern colour palette and increasingly intricate design elements led to the development of an instantly recognisable style, favoured for its originality, yet still traditionally Slavic in taste.

Rückert frequently collaborated with some of the most established and respected firms of his time, producing objects for Ovchinnikov, Kurliuvov, Bolin and most famously, Fabergé. The relationship with the latter is thought to have started around 1887, when Fabergé opened the doors of his Moscow branch. While Fabergé’s clients in St Petersburg had a love for classical and European style objects, clients in Moscow preferred traditionally Russian designs. This led to a prolific relation between the two masters, which boosted Fabergé’s clientele in Moscow and increased appreciation of Rückert’s fine craftsmanship. The objects produced by Rückert for the Fabergé firm can be recognised by the overlapping marks, with Fabergé’s hallmark overstriking Rückert’s.

After the start of World War I, the Rückert family was faced with the tough reality of being persecuted as the enemy in, what they considered to be, their home. Although Feodor and his family strongly disassociated from Germany and wrote to Nicholas II pleading for protection, they were treated as prisoners of war and sent in exile to Ufa and other regional towns, only returning in 1916. From 1915, every mention to the Rückert workshop ceases in the directory of trade and industry business in Moscow. Feodor Rückert spent his late life in Moscow, witnessing the destruction of his workshop and dying in 1918. He was buried at the Vvedenskoe cemetery.

Feodor Rückert’s enamels still possess the modernity and the appeal they had during the master’s lifetime. Works by Rückert have proved to be very popular in the current market, with a new sale record for the artist established in our November 2018 sale (£490,000 for lot 400, a monumental enamelled kovsh). Sotheby's regularly offers works by Feodor Rückert during the Russian Works of Art sales in June and November.

Museums with Works by Feodor Rückert