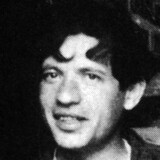 Born 1893. Died 1943.
Interested in selling a work by Chaïm Soutine?
Get an Estimate

Works by Chaïm Soutine at Sotheby's

Born in Lithuania, Chaïm Soutine arrived in Paris in 1912, at the beginning of World War I. He became acquainted with the painter Amedeo Modigliani, who took him under his wing despite Modigliani’s own destitute poverty. Like many artists working in Paris during the period between the wars, Soutine never strayed far from figural or representational painting, despite certain awareness of the abstraction and non-objectivity with which his colleagues were experimenting.

The anonymous portraits for which he is famed recall the color resonances inherent in German Expressionism and are characterized by a tension between the familiar and discomfiting. The misshapen lines and exaggerated physical characteristics of his figures at once present a threat and an appeal for help. The gaunt faces of many of his figures reflect the listless soldier returned from battle, while his visceral charnel images of butchered flanks of meat evoke both violence and sensuality. It can be said that Soutine harnessed Expressionist imagery as means of conveying the sentiments of French existence after World War I, as did many other artists working in the left bank of Paris during these years. Color is used in these canvases to produce a sense of urgency and intimacy, while his gestural application of paint created febrile, precarious images that prod at the delimitation of figuration. After the war, American collector Albert C. Barnes bought sixty of Soutine’s paintings in one meeting, catapulting the painter from poverty to prominence. Soutine gradually shifted toward abstraction in his later years and famously turned to animal carcasses and rotting meat to investigate life, decay, and death.

The artist had his first solo exhibition at Bing gallery in Paris is 1927, followed by his first American solo exhibition at The Arts Club of Chicago in 1935. His works are held at the Jewish Museum, New York; the Museum of Modern Art, New York; Musée d’Orsay, Paris; and other major institutions. Soutine’s work has garnered dramatically increasing prices in recent decades. In 2007, his L’Homme au Foulard Rouge sold at Sotheby’s for $17.2 million.

Museums with Works by Chaïm Soutine