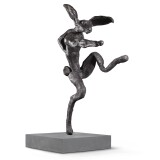 Works by Barry Flanagan at Sotheby's 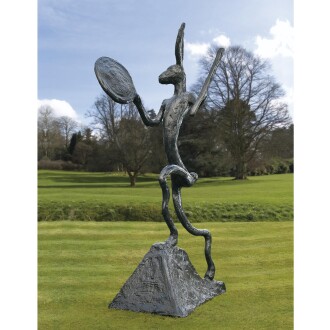 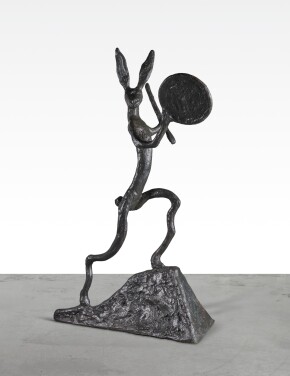 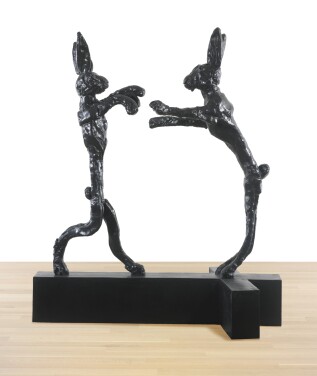 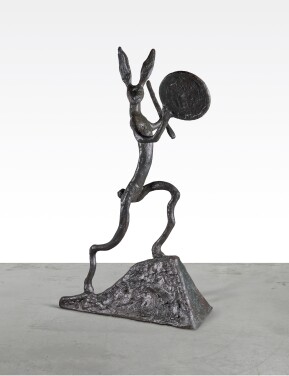 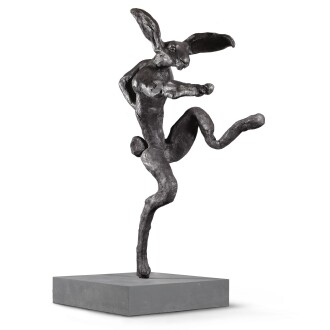 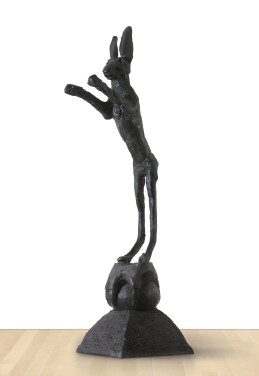 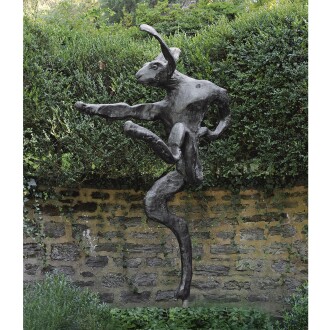 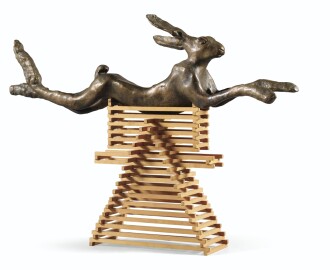 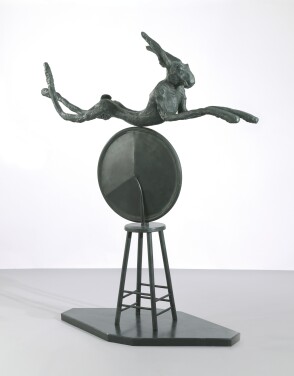 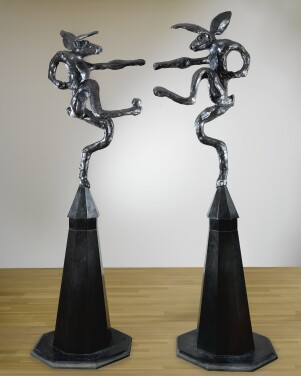 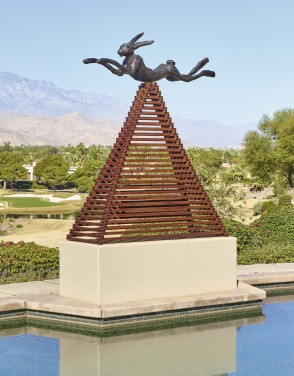 Welsh artist Barry Flanagan was a 20th century sculptor best known for his bronze statues of biomorphic forms alluding to animals, human figures and mythological creatures. His works are playful and subversive while still intuitive and accessible. His career has been of particular interest to collectors and historians because of the contrast of his anthropomorphic forms with the severe, polished forms of his contemporaries in the Minimalist movement.

Born in 1941 in Prestatyn, North Wales, Flanagan studied architecture at Birmingham College of Arts and Crafts, and sculpture at Saint Martin’s School of Art in London. Many of his family members were music hall performers, stunt artists or acrobats, which laid the groundwork for the imaginative nature of Flanagan’s figural compositions and dynamic interpretations of forms in his later sculpture. In the 1970s, he joined the ranks of influential members of the avant-garde including Eva Hesse, Carl Andre, Sol Lewitt and Richard Long. Toward the late 1970s, he began experimenting with ambiguous forms that bridged the mythological and the real, through fantastical interpretations of animals.

He taught at Saint Martin’s and the Central School of Art and Design in the late 1960s and early 1970s. He had major solo exhibitions throughout the 21st century, including at the Tate Britain, the Park Avenue Armory and the Waddington Galleries in London. He received impressive awards for his work and career, including election to the Royal Academy of Arts and the OBE in 1991. In 2012, Sotheby’s organized an exhibition of fifteen of Flanagan’s sculptures installed across the grounds at Chatsworth House, Derbyshire, the largest exhibition of his monumental bronzes. The show presented Flanagan’s work in the ideal setting, allowing for a narrative of anthropomorphic forms to develop across a natural landscape. His works can now be found in the collections of the Museum of Modern Art, the National Gallery of Art Sculpture Garden in Washington, D. C., the Skulpturen Park Köln in Cologne, the Tate Gallery, the Walker Art Center and many other major institutions.