Three of a Kind: Whiskies from The Macallan Distillery

A s one of the most renowned distilleries in the world – and one of the first to be legally licensed in Scotland – The Macallan has been producing exquisite whiskies since it was founded in 1824. Here we take a closer look at three rare and exclusive bottles offered in the Distilled | Dalmore L’Anima 49 + Bottura & Other Spirits online sale.

1. This rare expression of The Macallan is a vatting of just 3 casks bottled in a Caithness Crystal decanter with a copper collar and copper mounted stopper. Having spent half a century in Sherry oak before being bottled just prior to the millennium in 1999, this whisky encapsulates the history of post-war floor malting at The Macallan distillery as well as the heavily sherried character for which it is famous.

2. Distilled soon after the Second World War, when coal was scarce, this 1946 vintage displays an uncharacteristically peaty note, representing a rare insight into The Macallan’s history. Having matured for 52 years, this bottling is presented in a solid wooden lock box with keys and a certificate from the distillery.

3. This bottling from The Macallan, released in 1997, is a perfect representation of the heavily sherried style for which the distillery is so well known. Characterised by its deep, rich red colour and clove-like tannins, this inaugural Gran Reserva release is said to have been a vatting of 50 Butts of various sherry types including Olorosso and Amontillado. The 1979 vintage has proved itself as the most collectible of all the releases in the 18 year old Gran Reserva series. 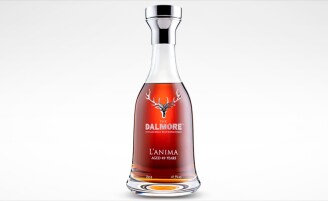