A highlight of Sotheby's Prints & Multiples auction is John Baldessari's 'I WILL NOT MAKE ANY MORE BORING ART', a lithograph from 1971. Here, Sharon Coplan Hurowitz – author of 'John Baldessari: A Catalogue Raisonne of Prints and Multiples, 1971-2007', and former Sotheby’s Contemporary Print Specialist – tells the story behind this famous print from Baldessari.


T here was an outpouring of moving tributes paid to the memory of John Baldessari, who we lost this past January. Lauded art historians, critics and former students wrote about his incomparable impact on their lives, on Contemporary art, and on the course of art history. In those accounts, the print I WILL NOT MAKE ANY MORE BORING ART was cited at the heart of John’s legacy.

After years of compiling John Baldessari’s catalogue raisonne of prints and multiples and working closely with his studio, I asked John to write a forward for the volume. In typical fashion, John kept his text to a bare minimum – but the words he chose were provocative and open-ended. Within his brief forward (seven sentences, but who’s counting?), John said of prints: “Every artist should have a cheap line.” At the time, I felt deflated by his statement. Was this labor of love, this focus on the discipline of printmaking, a stepchild to his other practices?

Baldessari’s first foray into printmaking was groundbreaking, a seemingly straightforward lithograph, I WILL NOT MAKE ANY MORE BORING ART. John was invited to mount an exhibition at the Nova Scotia College of Art and Design, but the institution lacked the funds for the exhibition, including travel arrangements for the artist. In response, John sent instructions to the curator for her students to become his surrogates and repeatedly write out his mantra on the walls of the gallery, as an act of punishment and as a nod to the aftermath of Minimalism (and perhaps as his personal homage to Magritte). From that exhibition, Baldessari made the celebrated print, a related video, and later reprised the image again as a limited editioned wallpaper. Through the years, I WILL NOT MAKE ANY MORE BORING ART has found its way onto pencils, shopping bags and other printed material. Once an anthem for the anti-establishment, I WILL NOT MAKE ANY MORE BORING ART became the artist’s self-portrait and the poster child for the artworld.

A Brief History of John Baldessari

Yet, how did an artwork from Baldessari’s “cheap line” become his ultimate calling card? Especially for an artist who worked for many decades across multi-media platforms, developed several signature styles and ultimately defied the status quo? The answer may be found not only in the lithograph, but in what it elicits. I WILL NOT MAKE ANY MORE BORING ART is the self-doubt, the self-scrutiny found in us all.

'I WILL NOT MAKE ANY MORE BORING ART' is the self-doubt, the self-scrutiny found in us all.

It’s hard not to draw a parallel between our current (global) isolation with that of Baldessari’s predicament at the time. He was restricted from his own exhibition, yet he found a way to be present. He channeled his art into the hands of others, who marked the walls with his call to action. I WILL NOT MAKE ANY MORE BORING ART resonates as the D.I.Y. manual of its time, the ultimate handbook for being an artist between the 20th and 21st centuries.

Since this first work in 1971, John continued to consistently make prints throughout his lifetime, spanning almost fifty years of dedicated production. His “cheap line” panned out, and we are the better for it. 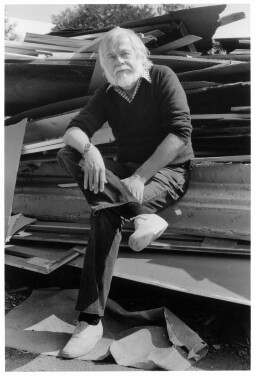 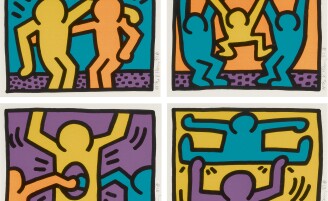 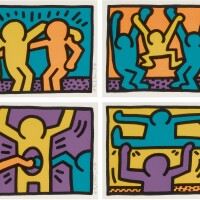 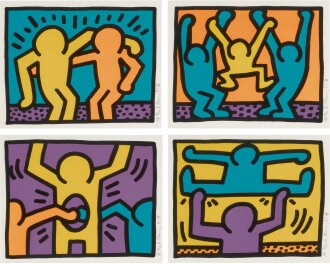