Preservation & Perseverance: Philanthropy in the Face of Adversity

S tanding as a testament to the achievements of past generations and civilisations, the world’s cultural heritage sites may seem like still points in a tumultuous present. But from royal palaces to fortified citadels, Byzantine churches to Buddhist temples, treasured places have not been immune this year from the consequences of the coronavirus pandemic, including lockdowns, financial straits and the collapse of international travel. As 2020 draws to a close, three leaders of charitable organisations reflect on a year of unforeseen challenges for the care of cultural heritage—and what is at stake as the quiet work of conservation resumes.

With a portfolio of 64 active projects under way in 40 countries, the New York-based World Monuments Fund is one of the biggest non-profits in the field. And one of the longest serving: on the night of 2 December, its global headquarters at the Empire State Building was illuminated in WMF’s signature colour blue to mark its 55th anniversary. Without exception, all of the charity’s partnerships with local authorities and heritage stewards have felt the impact of the pandemic, says its president and chief executive, Bénédicte de Montlaur.

Although each site has responded differently, according to local infection rates and government policies, the stop-start pattern of closures and reopenings has caused delays in WMF’s projects, which inevitably increases their costs. And even as the financial burden grows, “fundraising is more difficult when you cannot travel and meet people”, De Montlaur says. “There is a discrepancy appearing.”

During the months when sites were closed by coronavirus restrictions, it was a priority to support their teams of skilled technicians. WMF raised $150,000 to create a relief fund for “the most extreme situations”, De Montlaur says, such as the 62 workers stranded at Osmania Women’s College in Hyderabad, India, after a total national lockdown was ordered with only four hours’ notice. They stayed on in the classical revival building for more than a month with food provisions and social distancing measures until it was safe to return home. The restoration restarted with a team of 11 in October.

WMF maintained other initiatives by adapting to virtual formats, for example training underprivileged students from the Bronx in preservation techniques through a mixture of online learning and in-person practice outdoors. The inaugural class in the Bridge to Crafts Careers landscape preservation course graduated online on 3 December.

Perhaps the biggest leap into digital innovation was the marathon 12-hour fundraising gala held on Zoom to mark the 55th anniversary. Around 300 supporters joined to watch behind-the-scenes video tours of WMF sites across eight countries, from the Alhambra to Angkor Archaeological Park, and to participate in live Q&A sessions with conservation specialists. Staging an exclusive experience online was a “huge challenge”, De Montlaur says, but the gala ultimately raised $835,000—above and beyond the $600,000 target.

Philanthropic giving may be all the more critical to sustain heritage sites that depend on income from tourists, who are unlikely to return for several years. The pandemic has provoked an abrupt shift, De Montlaur observes, from a phenomenon of “overtourism” to one of “undertourism”, where cultural destinations and their surrounding economies are crippled by the loss of visitors. The knock-on effect may be that public investment is withdrawn from sites that are no longer considered a priority, she says. “How do you make sure a place like Angkor is maintained with or without tourism?”

The reversal has been especially stark in Venice, itself a Unesco World Heritage site. The absence of the usual tourist crowds “makes it in some ways easier for conservators to work”, admits Melissa Conn of Save Venice, a US non-profit founded to protect the city’s at-risk art and monuments after the 1966 flood. However, she notes that many Venetian churches rely on admission revenues to meet the day-to-day costs of employing guards and, quite literally, keeping the lights on. Meanwhile, state museums and sites “may have to put off conservation” if public funding is redirected elsewhere. “We’ll see more after-effects in the coming years,” she believes.

Save Venice currently has around 35 projects on the go, ranging from its flagship 50th anniversary restoration campaign on the Byzantine mosaics, brickwork and stone elements at Santa Maria Assunta basilica on the island of Torcello—the oldest structure in the lagoon, dating back to the seventh century—to the conservation of two paintings at the church of Santa Maria Gloriosa dei Frari. All work sites were closed by the Italian lockdown from March to May but have since resumed “in full force”, Conn says. “It’s important to us to keep going—not slow down even though we knew fundraising probably would slow down.”

In a city built on water, conservation is a constant battle against an “extreme climate”, Conn says, so “we try to keep ahead of that”. But Venice was devastated by the flood of November 2019, the second-highest tide since records began (second only to 1966). Save Venice raised around $750,000 for repairs and preventative conservation at 22 sites through its Immediate Response Fund. Despite the pandemic delaying some official authorisations from the Italian culture ministry, Conn says these efforts are now three-quarters complete. Still, the charity recently called on supporters to replenish the fund in case of future emergencies. “Some work is not so glamorous, but what’s important is the ability to move quickly,” Conn says. 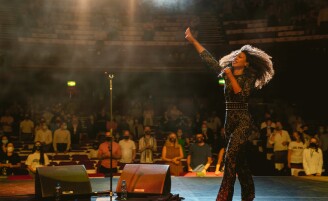 Sotheby’s Magazine
Funding the Future of the Arts

The sentiment is echoed by John Barnes, the chief executive of Historic Royal Palaces, a self-funded UK charity that looks after six royal sites, including the Tower of London and Hampton Court Palace. Their business model has been decimated by Covid-19, as the drop in annual visitor numbers from a record high of 5 million down to 300,000 has wiped out some £95m in earnings. (Three reopened sites were forced to close indoor spaces again on 16 December, due to government restrictions on London.) And yet the costs of round-the-clock care for historic buildings and estates must continue. HRP spends around £30m a year on conservation.

“I found it absolutely eye-opening that when I gave the instruction to stop all expenditure, we couldn’t turn it off,” Barnes recalls. Structurally unsound chimneys had to be removed at Hampton Court, while Kensington Palace needed electrical work. But a major restoration of Kensington’s Baroque orangery, designed for Queen Anne by Nicholas Hawksmoor, was suspended at “the awful stage where we’d taken mortar out of the brickwork and the coping stones off the roof”. A successful £3m grant application to the government’s coronavirus Cultural Recovery Fund has now enabled those works to restart, for completion by spring 2021.

The announcement on 11 December of an additional £40m government loan for HRP extends a “lifeline” to an organisation that will exhaust its reserves by March. Barnes says the palaces can move from simply surviving to “planning ahead with confidence” for 2021: welcoming back school visits, reopening mothballed exhibitions and developing new curatorial research on Black history.

Nevertheless, the sobering forecast that tourism may not rebound until 2025 means that the palaces are already facing severe cuts. Restructuring plans will involve a 40% reduction in the charity’s workforce as well as curtailed opening hours to the public. What is heartening is that philanthropic organisations and individuals are stepping up in a time of crisis. “What has changed this year is there’s a real urgency,” Barnes says. Just as trusts and foundations have switched their arts grants from major capital projects to everyday operating needs, individual donors have come forward with unrestricted gifts, “the best type of all”.

Why should people support heritage in a year when health has been the number one concern for so many? “There is a hierarchy of needs,” acknowledges De Montlaur of the WMF. Yet after a year of sheltering in place, people also have “a thirst for culture” that she hopes will lead them to travel differently and discover the heritage sites closer to home. “But it’s up to us to explain that it’s not about stones, it’s about people—soul, identity, opportunities.” 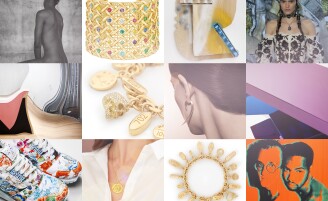