"Children who possess the intellect or abilities that most do not cultivate until adulthood are perceived as magical, or wunderkinds: those who inspire awe.”

Y oshitomo Nara’s Ice Candy Lollipop presents a startling conundrum: the little protagonist has chubby cheeks, adorable juvenile features, and a baby-blue lollipop in his mouth, and yet there is nothing innocent about his penetrating, all-knowing, almost accusatory sideways glare.

Created in 1998, Ice Candy Lollipop is a quintessential Nara portrait hailing from the final years of the artist’s pivotal 1990s Germany period where he developed his signature style of a single figure situated at the center of a neutral monochrome background. Reminiscent of Pop and exuding an undeniable Lichtenstein-esque vibe, the artist’s reductive figurations draw also on Modernism’s sign-like shorthand language of images to leaving endless space for fantasy for the child as well as adult viewer, combining mischief and innocence to convey a beguiling sweetness on the surface that melts to reveal darker angst. As iconic, pervasive, and paradigmatic of the contemporary visual lexicon as Warhol’s Marilyns and Lichtenstein’s blonde bombshells, Nara’s epochal iconography of sullen, disgruntled yet endearing youth have earned his place as one of the most important living artists of our generation.

Nara’s Germany period began in 1988, after his graduation from the Aichi University of the Arts. He first undertook a six-year artistic apprenticeship at the Staatliche Kunstakademie in Düsseldorf under the mentorship of A.R. Penck and thereafter stayed in Cologne until 2000. During the mid-1990s, while already exhibiting works in Nagoya and Tokyo, his works featured thick black outlines, a vibrant palette reminiscent of Neo-Expressionism, and the flat, rough-hewn aesthetic of sketches, drawings, and manga.

"These paintings all featured the single image of a girl or sexually ambiguous child with a large head and piercing eyes, involved in situations of predicament or solitude"

Toward the late 1990s, Nara gradually developed and refined his painterly technique: his surface work became increasingly fine, emanating gentle depth and luminosity. Inspired by a range of artists ranging from early Renaissance painter Giotto to Balthus, Nara softened his palette to pastel hues and dissolved the harsh outlines of his previous work to create a progressively sensuous effect. As Matsui observes, starting from 1996 and coinciding with the artist’s foray into sculpture, Nara’s figures began to attain “the illusion of three-dimensionality, coming out of the pastel background buoyed up by luminous shadows.”1

Most importantly, Nara accomplishes these painterly feats while still keeping with his masterful deployment of minimal narrative, minimal composition, and minimal pictorial framework to convey incisively perceptive emotive effects. During this time, the extended solitude of Nara’s residence in Germany contributed to a heightened introspection, enabling him to restore a “sense of [his] true self” that he had almost forgotten, because of his sense of “being watched by other people” while living in Japan, according to the artist.2 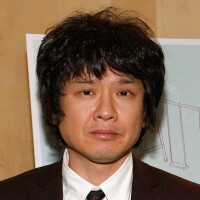 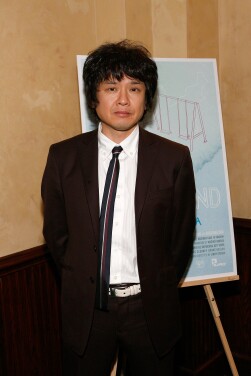 
From the late 1990s onward, as in the present Ice Candy Lollipop, there is a marked maturation visible in his juvenile characters: vis-à-vis the wayward aggression of the earlier works, these later paintings opt for a more understated mode of expression, heightening viewers’ senses and acuity to the characters’ pensive and expressive inner worlds, as well as associated imaginings and narratives. The saccharine sweetness of Nara’s figurative lexicon enacts a language redolent of Pop, cartoon, and manga – one whose extraordinary emotive power endorses “the paradoxical strength of ‘minor art’, including ‘kitsch’ imagery’s ability to express the emotions of contemporary people.”3

PROVENANCE
Marianne Boesky Gallery, New York
Private Collection
Acquired from the above by the present owner 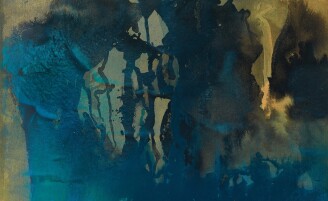