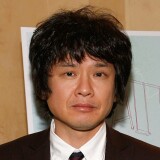 Works by Yoshitomo Nara at Sotheby's 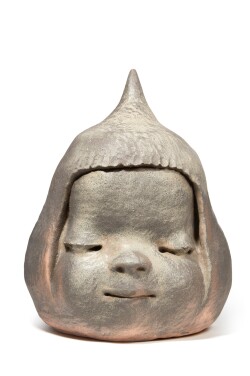 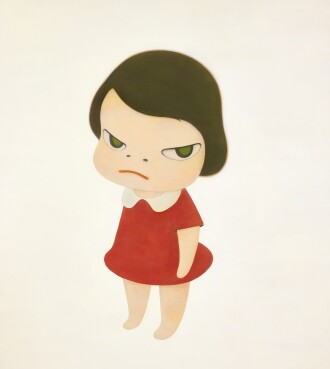 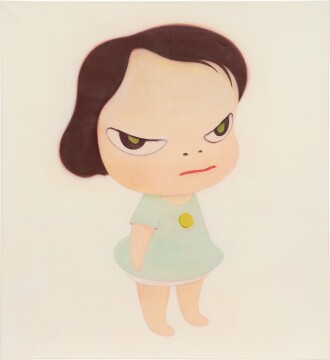 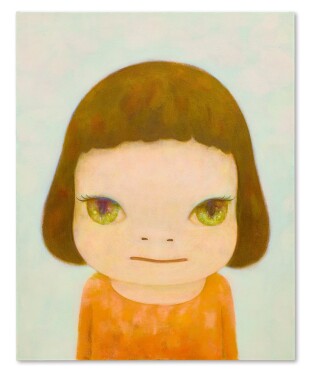 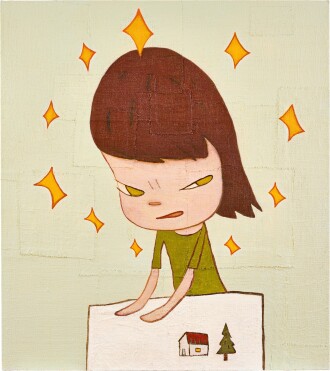 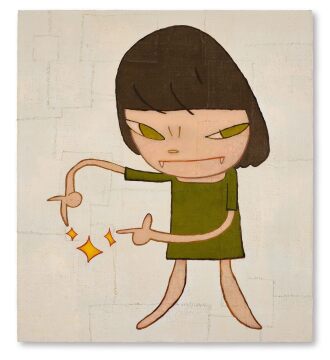 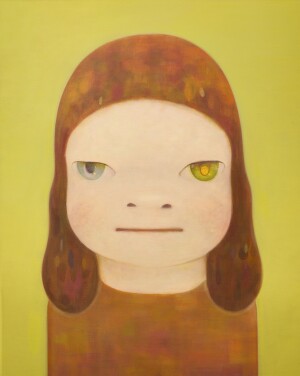 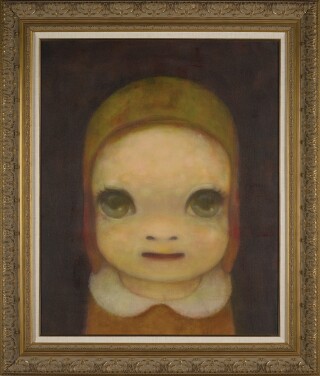 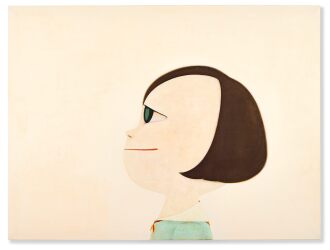 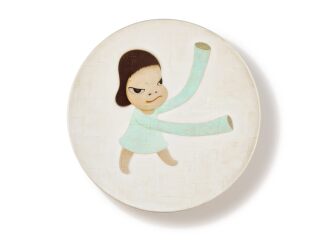 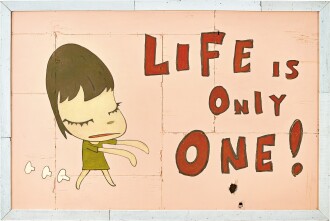 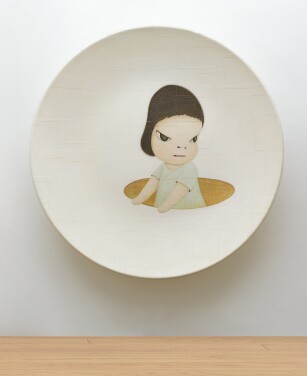 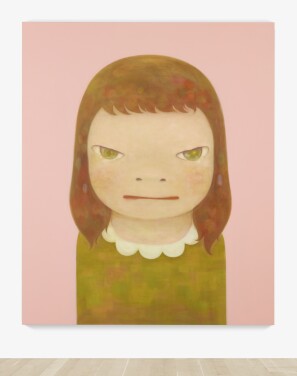 Born on 5 December 1959, Yoshitomo Nara is a Japanese artist who works across numerous mediums, but is best known for his cartoonish paintings of sullen children and animals. Earning both his BFA and MFA from the Aichi Prefectural University of Fine Arts and Music, and later studying at the Kunstakademie Düsseldorf during the late 1980s, Nara has consistently drawn inspiration from eastern and western sources. Nara’s childhood in post-war Japan – a time of increased exposure to Western pop culture such as comic books, Disney animation and popular music – is often cited as an early influence of Nara’s work. Although the artist has maintained that he has not been inspired by Japanese manga, his use of highly stylized, large-eyed figures has often drawn the comparison from critics. Instead, he has asserted that his work, which often juxtaposes seemingly innocent representations of children with sinister expressions or objects like knives, is instead spiritually based and made with religious and philosophical imperatives in mind.

Nara has developed a cult-like following, and he has had dozens of solo exhibitions worldwide, as well as a major retrospective that traveled to multiple venues between 2003 and 2005. Among the leading art institutions who have acquired Nara’s work are the Museum of Modern Art, New York, the Art Institute of Chicago, and the National Museum of Art in Osaka, Japan. The accessible nature of his painting and his global popularity have resulted in a positive market, and according to Sotheby’s Mei Moses the average compound annual return for Yoshitomo Nara is 14%, with 88.9% of works increasing in value.

Museums with Works by Yoshitomo Nara

Type: museum
Musée Picasso
Paris
Type: museum
Museu Picasso
Barcelona
Type: museum
Centre Pompidou
Paris
Type: museum
The Museum of Modern Art
New York, New York | New York
Type: museum
The Metropolitan Museum of Art
New York, New York | New York
Type: museum
Musée Picasso, Antibes
Antibes
Type: museum
Museo Picasso Málaga
Málaga
Artist Image: 2009 Mark Von Holden
Please note that prior performance of the indexes and realized returns contained herein does not guarantee future results. In addition, there is no guarantee that random collections of individual works of art or stocks will yield index returns. We are not financial advisors and we are not in the business of recommending art as an investment. We also have no comparative advantage in forecasting the future direction of the art market. Investment decisions should be based on the risk return tolerance and time horizon of the investor with, if desired, the support of a licensed financial advisor. This information is provided "as is" and with no representations or warranties either express or implied of accuracy, merchantability, fitness for a particular purpose or of any other nature are made with respect to this information or to any expressed views presented in this information.