I n a city with no shortage of iconic establishments, it is not an exaggeration to state that J&R Music and Computer World formed an integral part of New York history of the late 20th and early 21st centuries. For over four decades it was the largest home entertainment and computer retailer completely based in New York City, occupying a prime position along an entire block of Park Row in Lower Manhattan, just north of Wall Street and opposite City Hall, and becoming a tourist attraction in its own right, a retailer with the same name recognition as Macy’s and Bloomingdale’s.

The company was founded in 1971 as a 500-square-foot storefront by newlyweds Joseph and Rachelle Friedman, both of whom had emigrated to the United States from Israel with their families as young children, using money they had received as wedding gifts. They were both scientists by training – Joe was an electrical engineer, and Rachelle was one of the first women to study at Brooklyn’s Polytechnic Institute of New York, one subway stop away from Park Row. “I would set up experiments, come down to the store for two hours, then rush back and finish my experiments,” Rachelle recalls. Originally the focus was on selling audio equipment and vinyl LP’s, but in time the product range and square footage expanded dramatically into the adjacent buildings of Park Row, reflecting the extraordinary technological advances in computers and consumer electronics including now forgotten former essentials such as cassettes, VCR’s, telephone answering machines, and fax machines.

This is reflected in the impressive collection of memorabilia housed in the office Rachelle still maintains in Park Row, which includes a Tiffany sterling silver Sony Walkman and a vintage Apple iMac painted by the artist Peter Max. Rachelle’s office also serves as a visual archive of the greatest names in popular music of the last half century, from Billy Joel to Beyoncé and Elton John to Justin Bieber, for all of whom a record or CD-signing at J&R Music was an essential step in the promotion of their latest work. Rachelle recalls when she and Joe were invited to Michael Jackson’s pre-Neverland residence in Encino, California to celebrate the 1987 release of Bad, with dinner personally catered by Wolfgang Puck, and Rachelle also keeps in her office a piano autographed by Lady Gaga that the Friedmans lent for her Monster Ball World Tour from 2009-2011.

The events of September 2001 were as much a milestone in the history of J&R Music as they were for New York. At just one block away from the World Trade Center, the business was directly impacted by the attacks, losing part of their inventory, but managed to stay open and remained committed to supporting the revitalization of the district, sponsoring an annual summer music festival in City Hall Park over the following years. One trend the Friedmans had no control over, however, was the worldwide shift in shopping habits away from traditional brick and mortar to online, and by 2014 they decided to close their shops in Park Row and focus on new projects. But for several generation of New Yorkers and visitors, J&R Music World will remain an indelible part of their memory of Lower Manhattan. 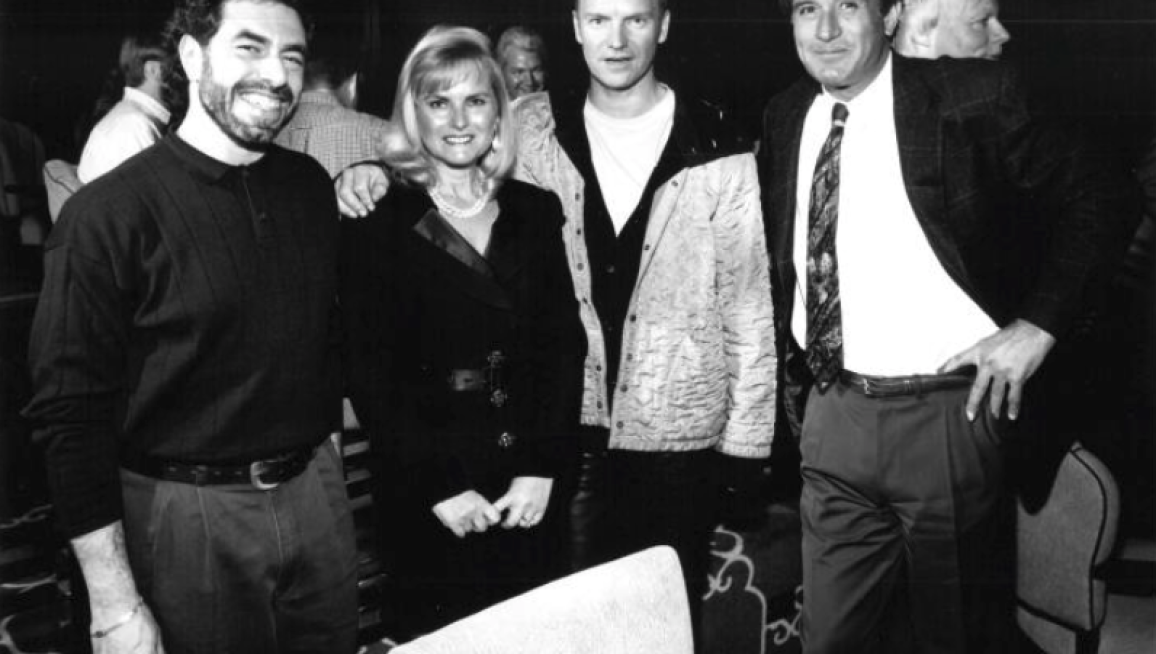