Henry Moore's Arresting Vision of London in the Blitz

O n the evening of 11 September 1940, Henry Moore and his wife, Irina, left their home in Belsize Park and headed into the centre of London to dine with friends. The couple did so regularly, though on this occasion they took the London Underground instead of their car (which was being repaired).

On the way home, the Moores were surprised to see Londoners huddled on the platforms at each station. This was the fourth night of the Nazi air raids now known as the Blitz, and civilians had taken to flocking below ground to keep safe.

"When we got to Belsize Park station," Moore recalled years later, "we weren’t allowed out for an hour because of the bombing. I spent the time looking at rows of people sleeping on the platforms. I had never seen so many reclining figures... Amid the grim tension, I noticed groups of strangers formed together into intimate groups and children asleep within feet of the passing trains."

The scene would inspire one of the finest accomplishments of Moore’s career: his Shelter drawings. The works occupied him for much of the next two years. They depict London’s masses taking shelter in Underground stations from the bombs above. (The Blitz continued until May 1941, allowing Moore the chance to visit many more stops on the network than just Belsize Park.)

The drawings are marked by great sympathy and humanity. The figures’ bodies often seem entwined, united by the undulating rhythms of Moore's ink, pencil and crayon.

When the artist showed a couple of early examples to Kenneth Clark, the Director of the National Gallery, the latter was moved almost to tears. Clark, who also at the time was chairman of the War Artists’ Advisory Committee (WAAC), asked Moore to produce a whole series of drawings on the same theme.

Moore agreed – in part because the outbreak of war had reduced the availability of the materials needed to work in his principal medium: sculpture. Before long, word about the Shelter drawings had spread, and private collectors began to covet them. Moore observed in March 1941 that "at the moment, there’s more demand than supply. It has never been like this with my work before".

In recent years, a number of theories have been advanced suggesting that Moore’s inspiration for the drawings had, in fact, come from beyond London Underground. Some have cited a similarity with Robert Capa’s photographs of Republicans packed onto platforms of Madrid’s subway system during the Spanish Civil War. Given the spectral atmosphere, others have compared the shelterers to Egyptian mummies, while Clark himself said they reminded him of the bodies disinterred at Pompeii.

In certain cases, subjects echoed sculptures from earlier in Moore’s own career too. In Shelter Drawing: Seated Mother and Child, for instance – which appears in the Modern and Post-War British art sale at Sotheby’s on 18 June – he returned to arguably his favourite motif of all: a mother with her child. 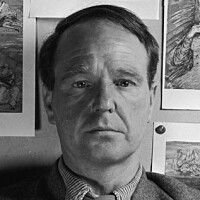 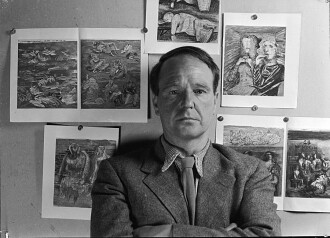 A large part of Clark’s role at WAAC was to encourage art that bolstered civilian morale at a time when the threat of German invasion was high. It was also to create a sympathetic attitude in the United States for Britain’s plight at a time before the Americans had joined the war (which happened only in December 1941).

It’s hard to say precisely how successful Clark was in both those aims – but the art historian, David Alan Mellor, has argued that "the shelter pictures began to be instrumental as opinion formers". The British public had its first look at them when a selection was put on display at the National Gallery in April 1941, the same month that four other examples were sent to New York for a WAAC-organised exhibition at the Museum of Modern Art called Britain at War.

Peace was achieved in 1945, and in the ensuing years Moore came to be regarded as one of the world’s premier artists. The Shelter drawings would prove as popular as any sculpture he later produced, though. (In a major Moore retrospective at Tate Britain in 2010, they were accorded an entire room.)

The drawings captured the fabled ‘Blitz spirit’ – of Britons stoically resisting whatever the Nazis threw at them – and, over time, reinforced notions of that spirit for posterity.

More than being specific to one particular conflict, however, the Shelter drawings serve – more broadly – as universal images of people coming together in a time of adversity: fragile, but ultimately firm, monuments of endurance.