Diego Giacometti, From the Depths of Time

T ables, chairs, stools, lamps and even a bar. "Everything was made by him," so I was proudly told by the waitress serving in the little café at the Fondation Maeght in Saint-Paul-de-Vence. The place serves its purpose with no other pretension - where you go sit for a coffee break and admire the garden and sculptures. But importantly, it reveals the invisible presence of Diego, the younger brother of Alberto (by thirteen months). While Alberto never stopped digging up space, Diego soothed and placated it with the steadfast wisdom of a sculptor of lions, wolves and horses. Alone with his German shepherd, Zelda, his Gitane cigarettes, bottles of turpentine and plaster casts.

"By" him… one wonders if the preposition is explicit enough to suggest the busy hand of an artisan rather than the inspired gesture of an artist. With Diego, the frames, casts, patina and carving of stone learned from a sculptor of tombstones at Chiasso; with Alberto, the corrosive dynamics of heads, the prodding of thumbs and picking of penknives to shape his sculptures." 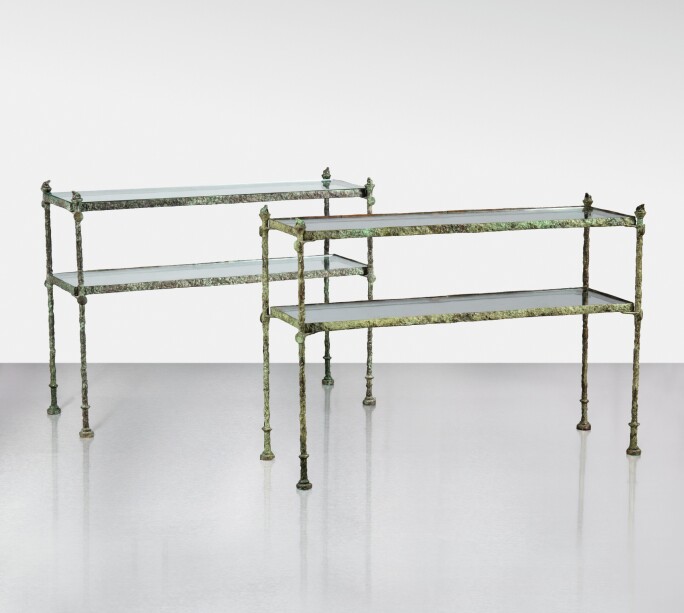 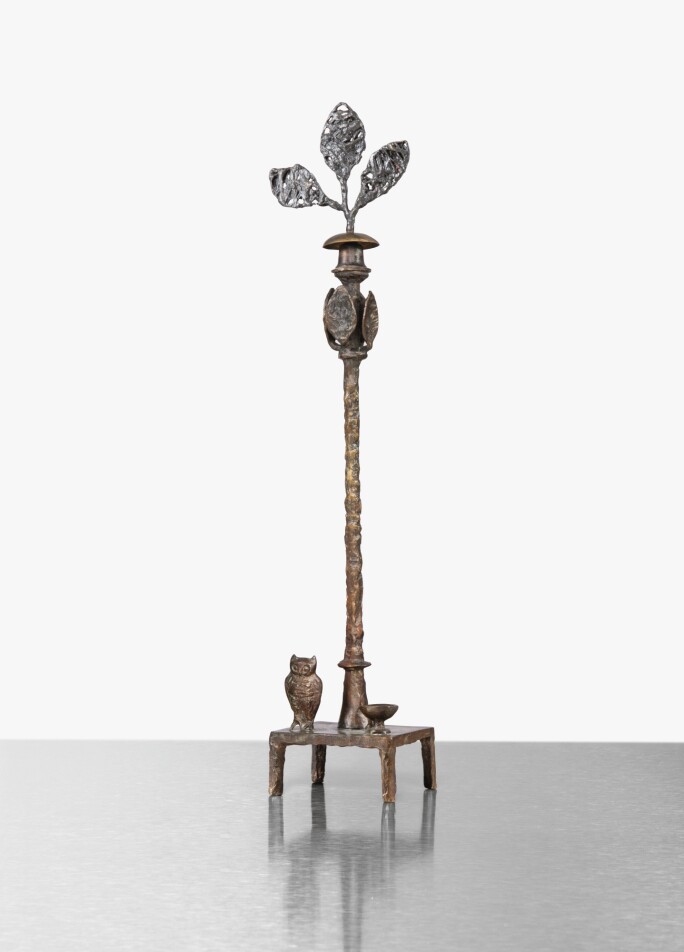 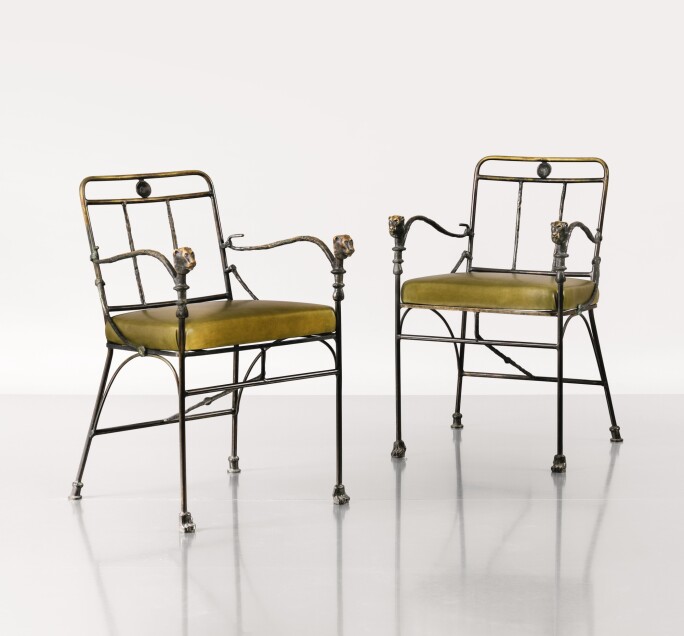 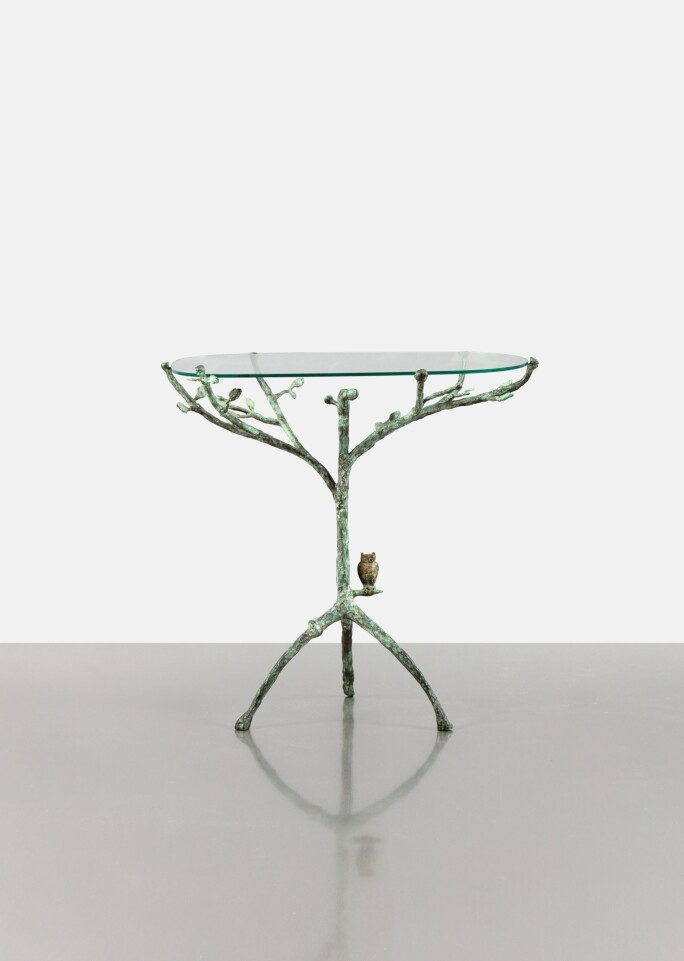 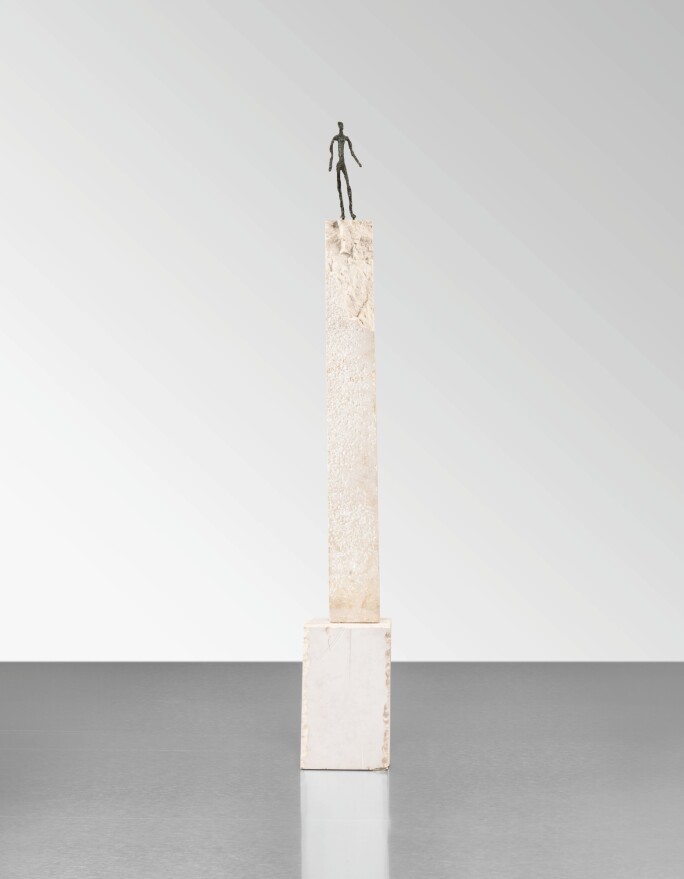 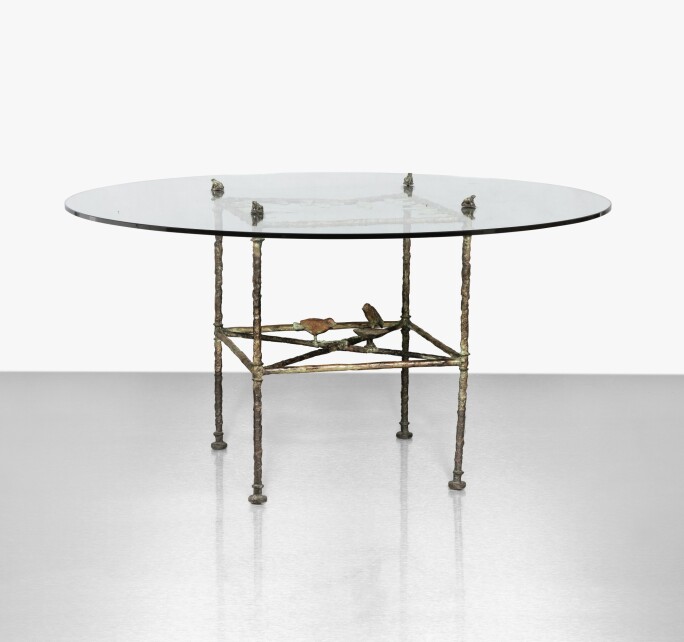 While Alberto's men tend to scream, Diego's animals are hushed, nestling in the universal womb of an Upper Egypt that was in turn barbaric and naive, from every century and from every continent. A mineral alphabet by the man whose mutilated right hand wrote its own score in order to exist, be born then reborn after Alberto's death, merging nature into a timeless season, drawing that uneven branch in wax, crafting a leg frame from a leaf or a chandelier from a lotus flower for the Picasso museum.

He never parodied and he never copied. It was more as of he were evacuating from deep inside the pieces of a childhood in Swiss Engadine, a place dear to Rilke, Hesse and Cocteau, which remained his for ever. In the words of Proust: "Engadine, a name with twofold sweetness: the dream of German sonorities swallowed up by the velvet softness of Italian syllables; all around, three lakes of unknown green bathing forests of pine. And a horizon closed by glaciers and peaks."

Diego traveled very little, his one major outing being a trip to Egypt where he brought divinities and the fabulous bestiary to life. With him, mythology unfolded in the shadows of the pyramids, where the totally unexpected cradle table, turtle candle-jar or frog console looked to have been picked out by Gods at play, out of the box, somewhere between the larch forests and banks of the Nile. His dining table for Hubert de Givenchy, the furniture sets created for the Chagall museum, and the Bernard des Maeght "Mas" give the word "commission" a sense of offering dressed in eternity. Alberto died in 1966, Diego in 1985. "Ready for a new life or the next chapter of the old one, it's all the same," he wrote in his notebooks.

There is the man who walks and the man who says nothing wearing a battered black hat, "light and shadow" by Alberto, chosen by Frank but banished by the surrealists for having dared to make an everyday subject be something of use. Alberto and Diego, these two inseparables, grew up together, shared the fruits of a childhood in Borgonovo, admired the reflections of bronze-colored trees in the lakes of Les Grisons, and the red-brown sheep.

Everything united them, everything could pull them apart. Starting in 1927, they worked together so closely in the studio at N°46 rue Hyppolite-Maindron, that the younger's name was lost in the shadows of his older brother: "What he sculpted was the Adam of an Eden full of pet animals and fanciful vegetation, the poetry of which was fully recognized only after the death of his older brother," wrote Patrick Grainville.
Diego kneaded flesh of bronze to create that animal appearance, both age-old and instinctive. By night he was the hunter on the rue d’Alésia stalking his interior prey in the service of others, lighting up the bareness of the world with a Frank floor-lamp. From Jean-Paul Binet to Pierre Matisse to Gustav Zumsteg, collectors made this "virtuoso of patina" their silent poet, whose utilitarian trophies carry a dream dimension. Be it the mouse tree table or the maître d' cat, the hallmark is clear; Diego Giacometti's "firm subdued softness", in the words of Henri Cartier-Bresson, gives both direction and meaning. "In his work there was a fusion of rhythm from the depths of time, sobriety and humor where trees, birds and frogs would come join him."

His large reptiles, his bird ashtray and the ostrich stool move within us as much as the Spanish wrought-iron armchair, picked up at a flea market, whose curule leg frame was to inspire him as much as the Coptic capitals. Through him, the dead continue to converse with the living. "With Diego, there was something unassailable, reiterated by the indestructibility of his sculpture. His profound modesty was akin to a leaf, the way a leaf provides shelter and strength." L. B. 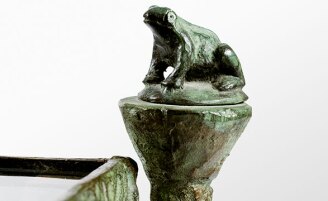