The ambitious creative director embraces the luxury brand's longstanding promotion of the arts, including a new collaboration with Sotheby's.

J onathan Anderson may be the star talent behind one of fashion’s hottest labels, Loewe (Beyoncé and rapper Pusha T are said to be among his fans); but it isn’t only fashion that fires up his soul: it is equally the work of the artisans, the craftspeople, behind it. Hence since taking the helm of the brand in 2013, he has expanded Loewe’s already longstanding commitment to craft and to the arts with numerous groundbreaking initiatives, from emphasizing craftsmanship in his designs to involvement in international design fairs to the establishment of new prizes for artisans and artists around the world.


Now, under his lead, Loewe’s is breaking new barriers between the commercial, craft and art worlds, and furthering the growing appreciation of craft in a bold new partnership with Sotheby’s: the fashion label will present Sotheby’s May marquee sales, while the auction house will feature a collection of seven handcrafted ceramic chestnut roasters, based on the traditional Galacian clay roaster and specially commissioned by Loewe. Created by master potter Antonio Pereira, the pots have been reinterpreted and reworked by three artists selected by Anderson for the project, and will be exhibited alongside the masterworks included in Sotheby’s Impressionist, Modern and Contemporary Art sales in New York as of 1 May, and sold on the Buy Now platform.

The choice to partner with Sotheby’s came naturally to Anderson. “I shop at Sotheby’s,” he laughed in a recent Zoom interview. “I love it as a brand, a historical brand. And I would encourage [anyone] to go to Sotheby’s even if you’re not buying anything, because you can see the greatest curations of work, things that would not normally be seen. People have this fear of going into an auction house, but it’s a great way to see art because you can see it up close and personal.”

While this particular collaboration may be a new venture for the brand, its promotion of the arts dates back to its beginnings in 1846, when the company was founded by a group of Spanish craftsmen in Madrid. In 1988, the company introduced the Loewe Foundation, now led by Sheila Loewe, a descendant of Enrique Loewe Roessberg, the gifted German-Spanish leatherworker who became the company’s first director in 1872. The foundation aims to promote creativity and the heritage of craft, poetry (it sponsors one of the most prestigious European poetry prizes), dance and other arts.


Anderson, however, has taken Loewe’s commitment to craft and the arts to new levels. “We’ve always had a commitment to craft arts,” he says. But for the 36-year-old Irish-born Anderson, who spent many joyous childhood afternoons visiting London’s museums with his mother, these times call for a more dynamic connection. To find it, after first being hired to his current role, he took a year off to re-imagine the label and the company behind it.

“I’d never done a luxury brand,” he says now. “So I thought, what does ‘luxury brand’ mean today? And I thought it should be cultural, so I started thinking about, really, how can I enrich the brand culturally?”

“We’ve always had a commitment to craft arts”

“How” turned out to be “in multiple ways.” Loewe has taken part in Milan’s Salone di Mobile design fair since 2014. In 2016, also at Anderson’s initiative, the firm established the Loewe Foundation Craft Prize – the first international award for contemporary craft. And changing exhibitions of art drawn from the corporate collection line the walls of the newly re-designed Casa Loewe stores, including works by Helen Frankenthaler, Henry Moore, Lisa Brice and others. “I wanted to put the art in the store because when you go to the store, it doesn’t mean, or it shouldn’t mean, that you have to buy something,” Anderson says. “It can just be an experience.”

In addition, this autumn Loewe’s will also announce the winners of its newest prize, created in conjunction with the non-profit London art space Studio Voltaire, which will provide seven artists with rent-free studio space, curatorial support and a £2,000 bursary each.

The ceramic chestnut roaster project, however, seems to be a special pride. “The chestnut roaster is something that has been made for many centuries,” Anderson explains. “But it’s something that looks like it’s been ripped apart, that has those gashes in it, and I think the results have been kind of amazing, very abstract. I like this idea that we can break down the boundaries where fashion and craft and art can meet.” 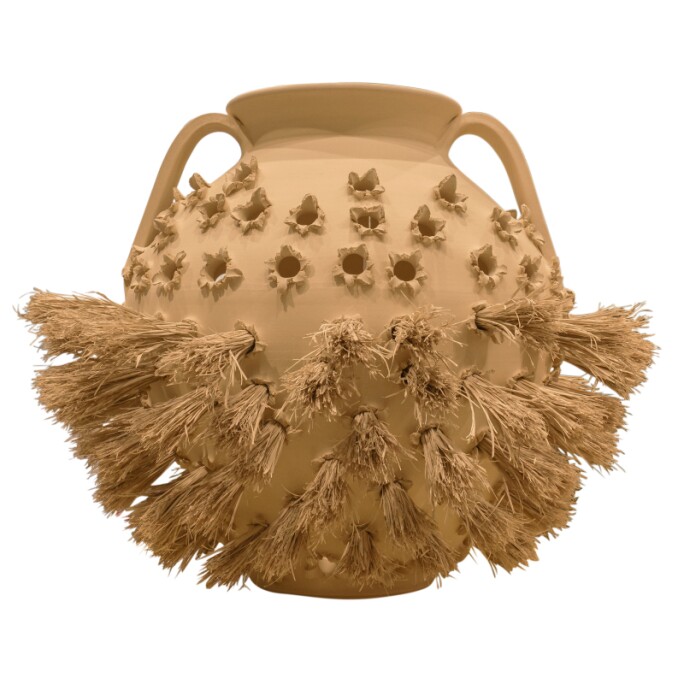 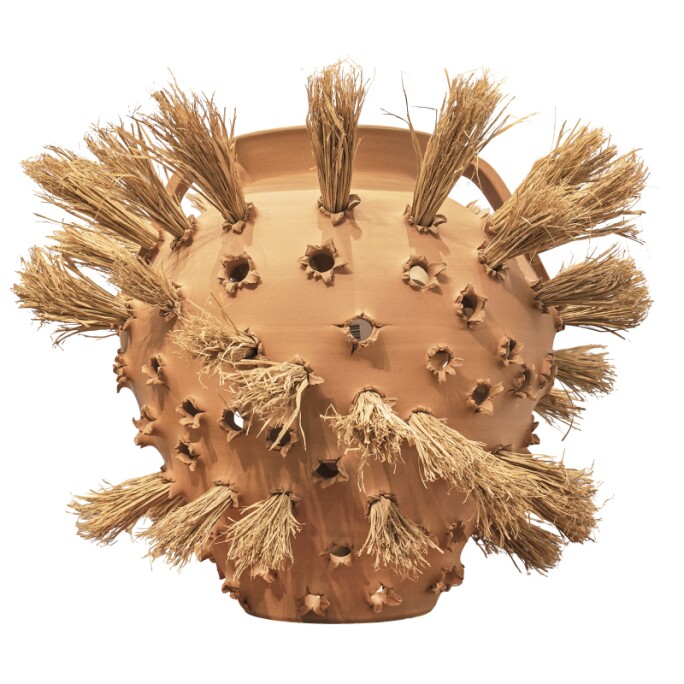 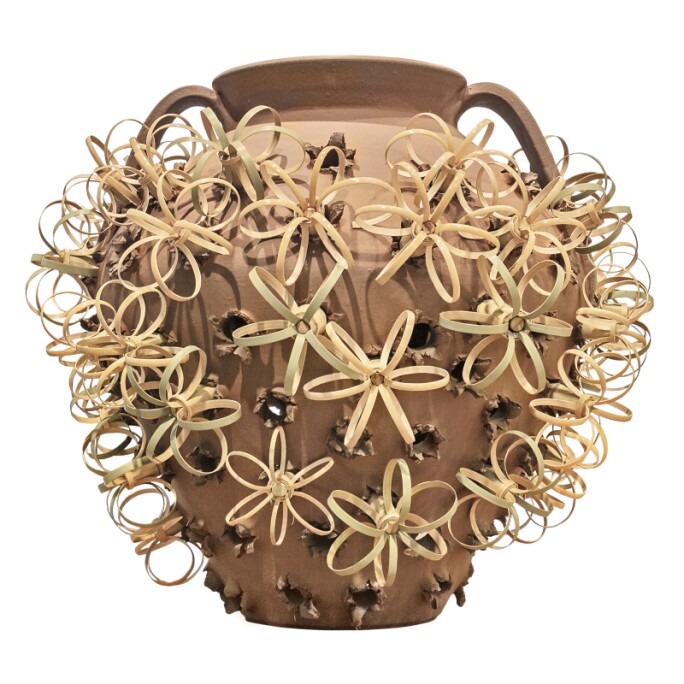 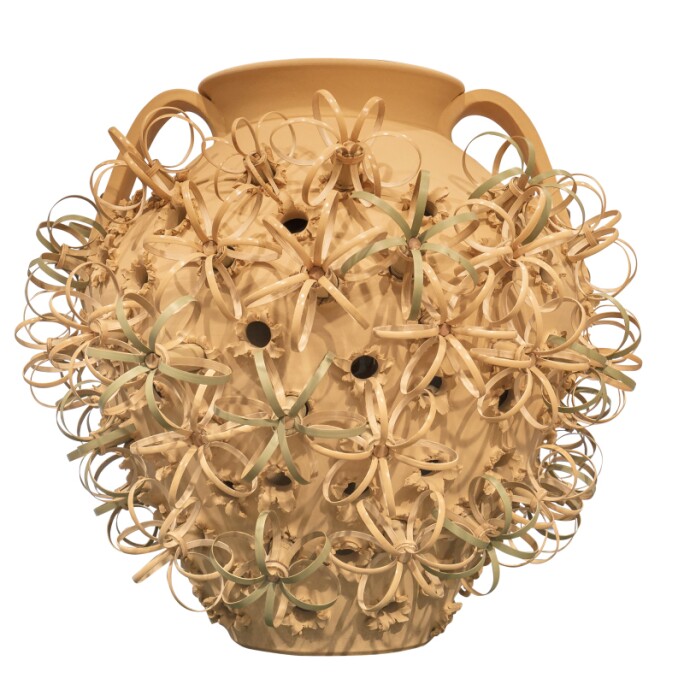 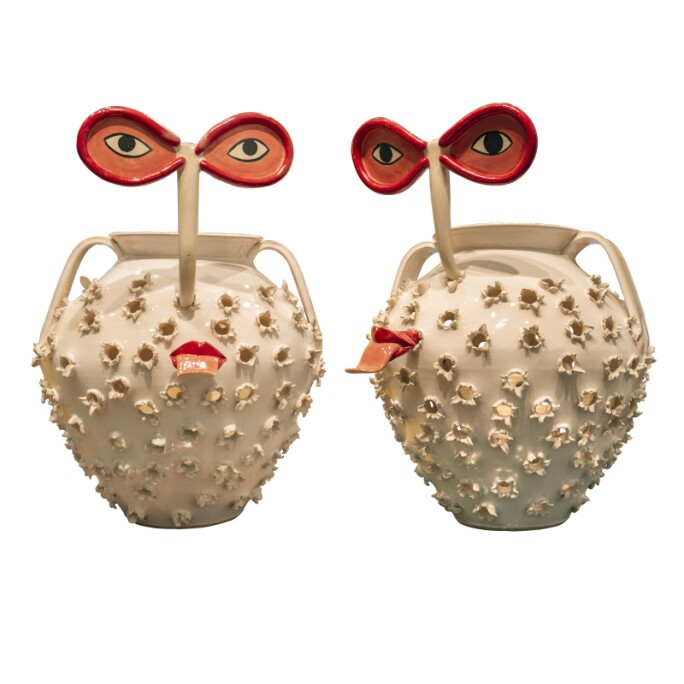 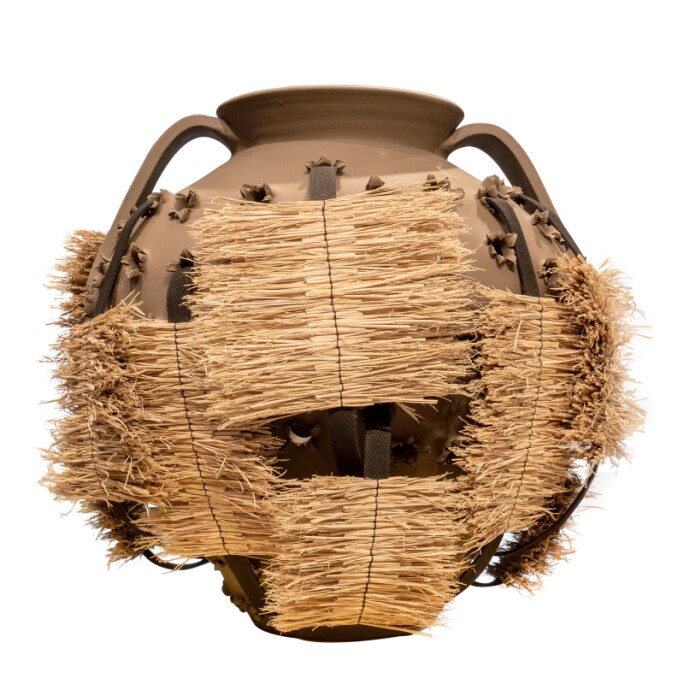 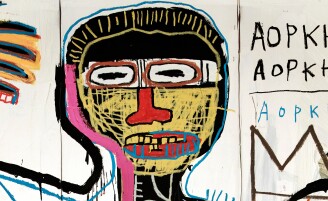