By Olivia Pennington
Shop a curated selection of Hermes Birkin bags in Togo, Ostrich, Crocodile and more. All available for immediate purchase.

Learn All About the Most Expensive Hermès Birkin Bags

The Hermès Birkin bag is an iconic handbag named after the actress Jane Birkin. It has been reinvented many times since it was first introduced to the public in the 1980s. The Hermès handbag’s classic elements include two rolled handles, a flap top, a touret, a clochette, and four clou “feet”. Read on to discover the rarest and most expensive editions of the Birkin.

The Sac Bijou Birkin: A Luxurious Interpretation of an Icon


In 2012, Hermès unveiled a stunning collection of handbag-inspired jewelry from the Haute Bijouterie Collection. This collection was designed by Pierre Hardy, the creative director of fine jewelry at Hermès. One of the most stunning pieces from the collection was the Sac Bijou Birkin, priced around $2 million USD. This Hermès bag is crafted from rose gold inlaid with 2,712 diamonds. The miniaturized Birkin is fully functional and intended to be worn as a bracelet. The Hermès bag’s top flap is textured to imitate crocodile skin while diamonds cover the piece’s body, top handles, touret, cadena lock, and clochette. There are only three diamond Sac Bijou Birkin’s in existence, making the item exceptionally rare. In 2019, the Sac Bijou Birkin was re-released with black garnets and spinels -- an edgier take on the white diamond-crusted original.

The Himalaya Birkin: An Homage to Majesty

The Himalaya Birkin comes both with and without diamonds. The Diamond Himalaya is infamous for being the most expensive handbag ever sold at auction. In 2017, the Diamond Himalaya Birkin sold for over $400,000 USD. The Birkin’s estimated retail price was $300,000 USD, but the rarity of the Hermès bag drove the price point up at auction. It is constructed out of Niloticus crocodile skin dyed in a white and grey gradient. The unique coloring of the Hermès bag is intended to evoke the white-capped peaks of the Himalaya Mountains. This coloring pairs perfectly with 18-karat white gold hardware, which is itself studded with white diamonds. The cadena lock alone is comprised of 68.4 grams of 18-karat white gold and encrusted with 40 white round brilliant diamonds, totaling 1.64 carats. On the bag, three different structural elements of the Birkin—the Touret, the Pontets, and the Plaques de Sanglons—feature more than 200 diamonds for a total of 8.2 carats. These precious materials enhance the exquisite coloring of the crocodile. Celebrated for their artistry, Himalaya Birkins are a rare find for collectors and are in high demand with or without diamonds. Himalaya Birkins generally sell at higher prices in the secondary market than other crocodile Birkin bags depending on the condition and age of the bag.

The Diamond Birkin: The Epitome of Luxury


The glamorous Diamond Birkin bag is a favorite of Hermès fanatics. It is the sister of the Himalaya Diamond Birkin, differing only in the treatment of the exotic skin. A true collectors item, this Hermès handbag features crocodile skin paired with diamond-encrusted white gold hardware. These bags have been made in classic Birkin sizes 25, 30, 35, and 40 centimeters. Diamond Birkins come in an assortment of colors including pink, red, brown, black, and many more of Hermès’ countless colors. These rare Birkin bags’ estimated cost range from $190,000 USD to $260,000 USD depending on color and size.

The Sac Birkin Faubourg: A Celebration of Hermès’ History


The Hermès Faubourg Birkin is one of the most sought-after limited edition Birkin bags. This Birkin was released in 2019 as an homage to the Hermès storefront on Rue du Faubourg Saint-Honoré in Paris. Hermès CEO Charles-Émile Hermès relocated the brand’s flagship store to the iconic street in 1880, where it has remained ever since. The Hermès handbag features three windows with orange awnings, a shopping bag clochette, a matte alligator skin top flap, and alligator skin handles. This tiny 20 centimeter Birkin comes in various colors and can cost around $240,000.

The Ombré Birkin: An Elegant Collectable


The Ombré Birkin is an extremely rare find thanks to its lizard skin composition. This Hermès bag has sold for $137,500 at Sotheby’s. The skin itself features a mesmerizing symmetrical pattern that captivates collectors of rare handbags and other luxury items. Ombré Birkins are typically made with palladium hardware and feature a lock and clochette also covered in lizard skin. Hermès craftsmen produce a wearable work of art by bringing out the natural coloring and texture of the lizard. Lizard skin bags are restricted by the small size of the skins. As a result, the Ombré Birkin usually comes in size 25 centimeters.

The Metallic Birkin: A Beautiful Piece of Art


Hermès’ Metallic Birkin bag is a limited edition Birkin released in 2005. This luxurious handbag comes in both silver and bronze. The Metallic Birkin is a smaller bag, measuring 25 centimeters across the base. The silver Birkin is accented with palladium hardware while the bronze Birkin is accented with gold hardware. The bag’s design draws its inspiration from window displays designed by Leïla Menchari for the Hermès Rue de Faubourg Saint-Honoré storefront. In order to produce the metallic pigmentation, Hermès artisans must add so much dye to the leather that the leather’s texture changes. This Hermès handbag can fetch up to $135,000. 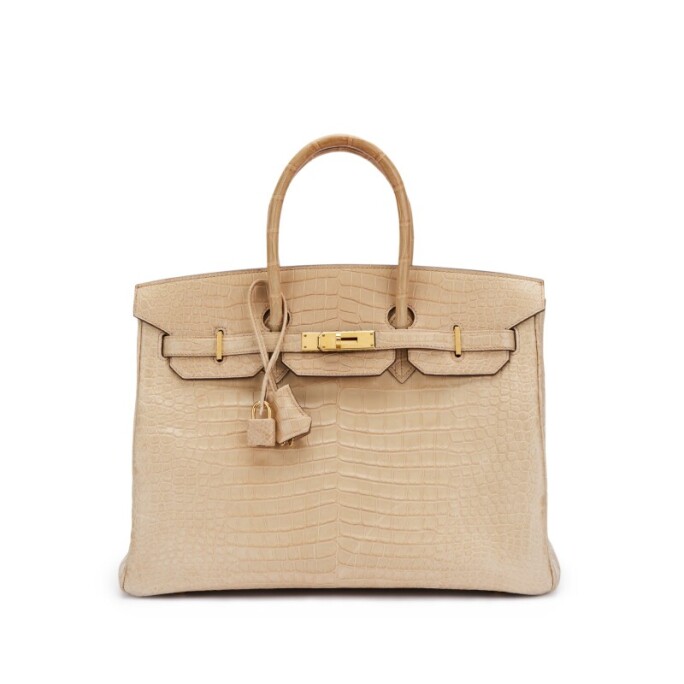 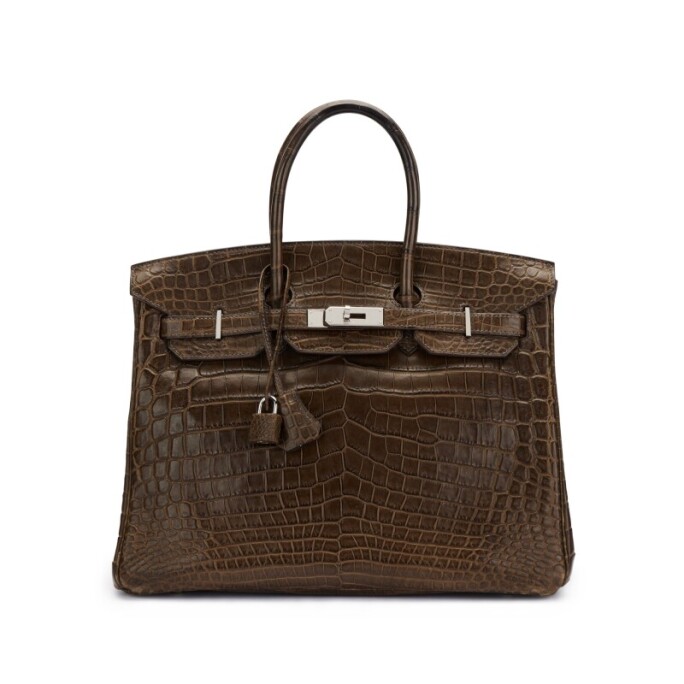 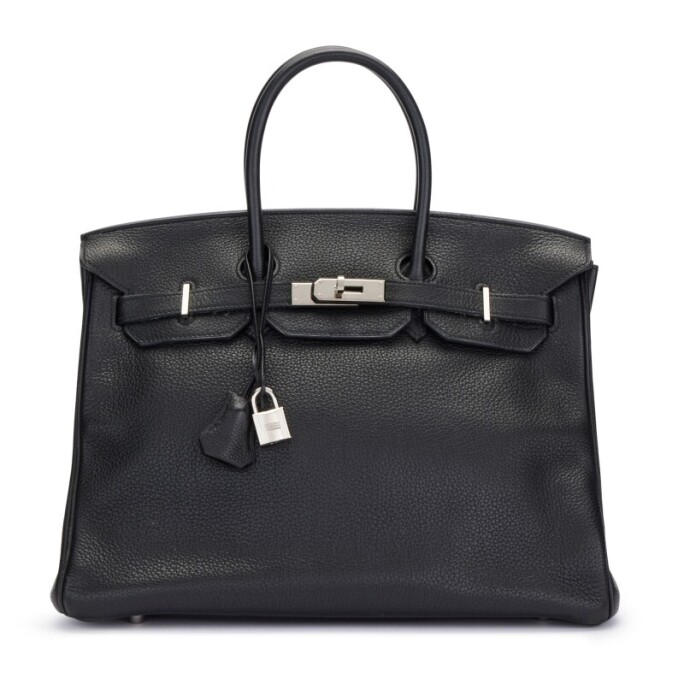 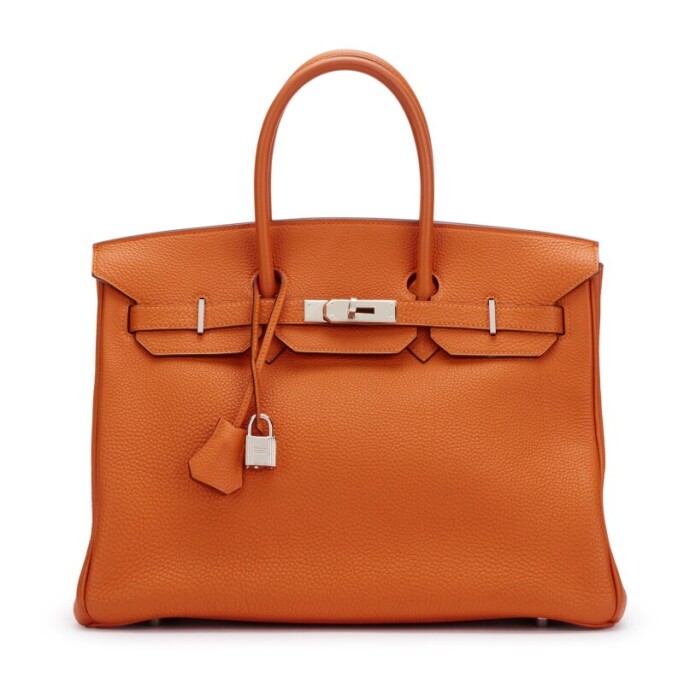 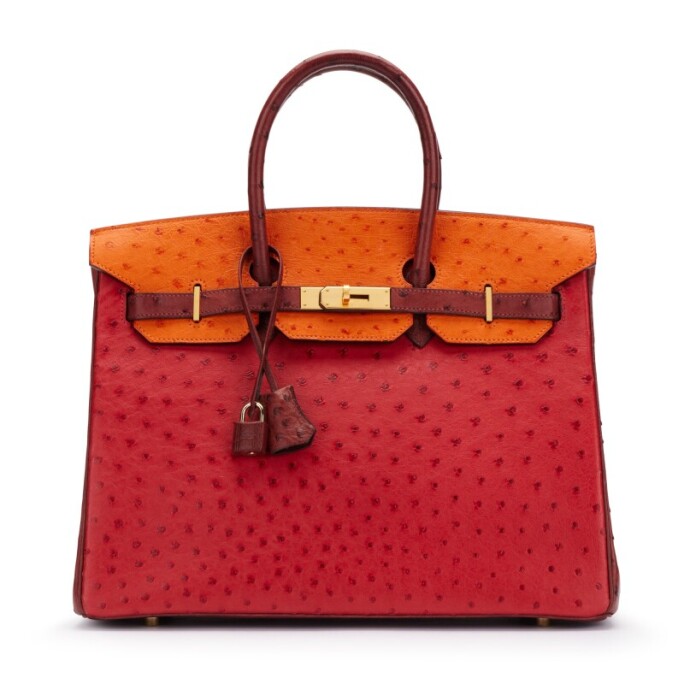 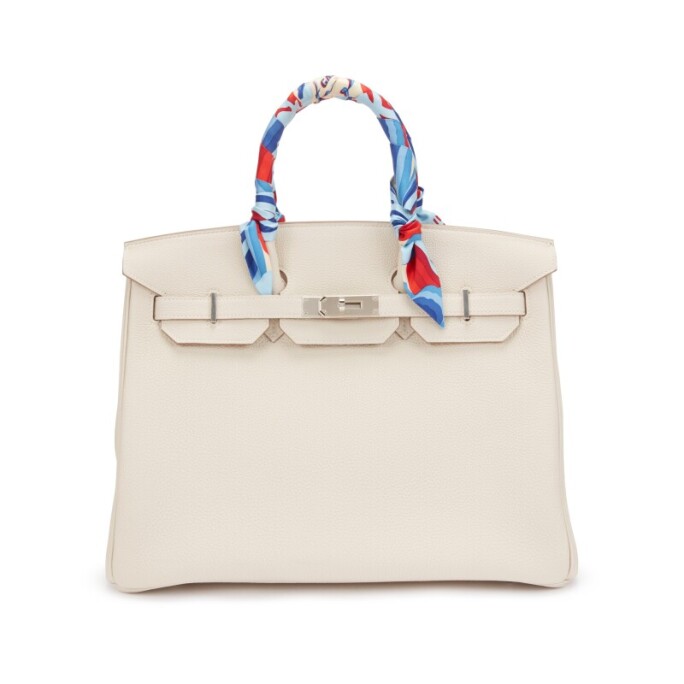 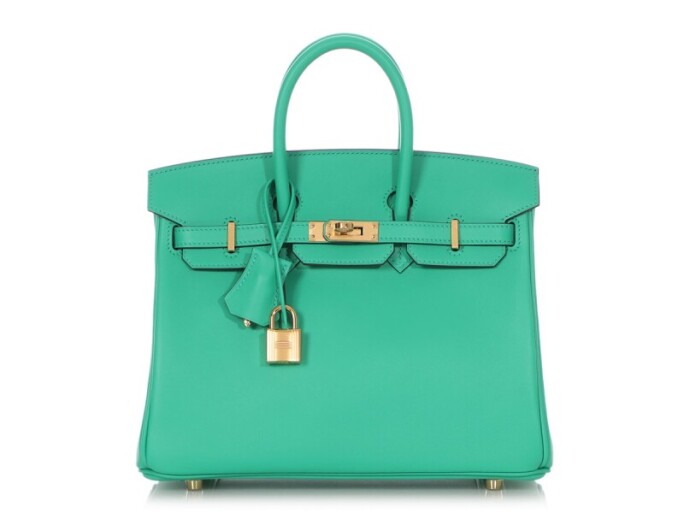 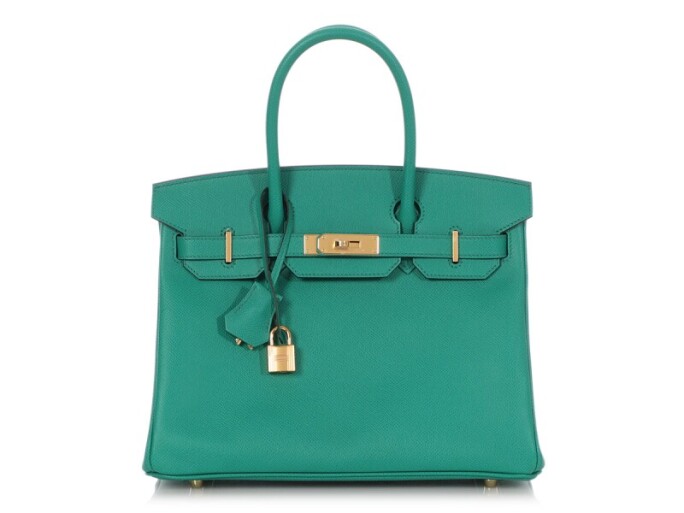 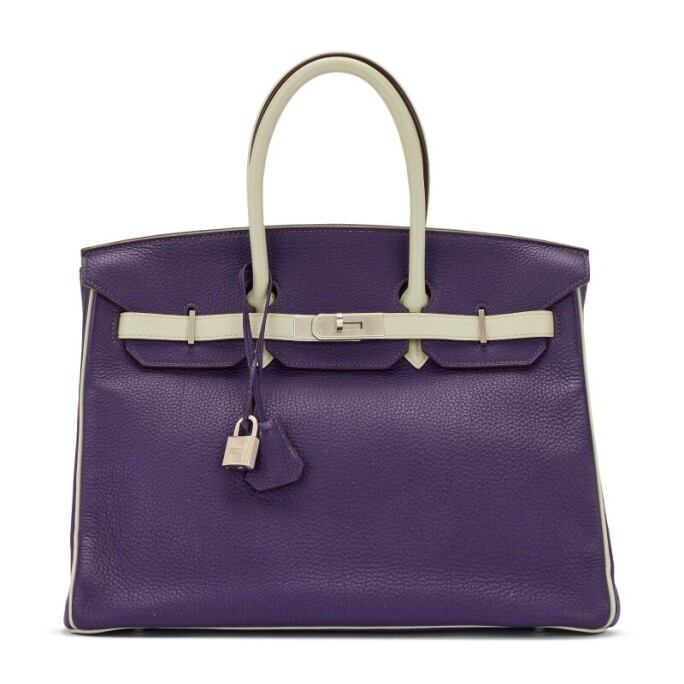 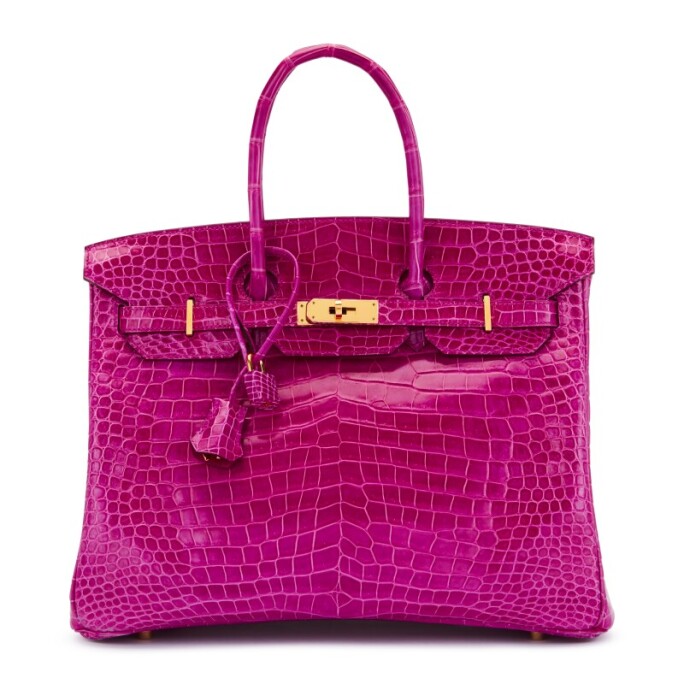 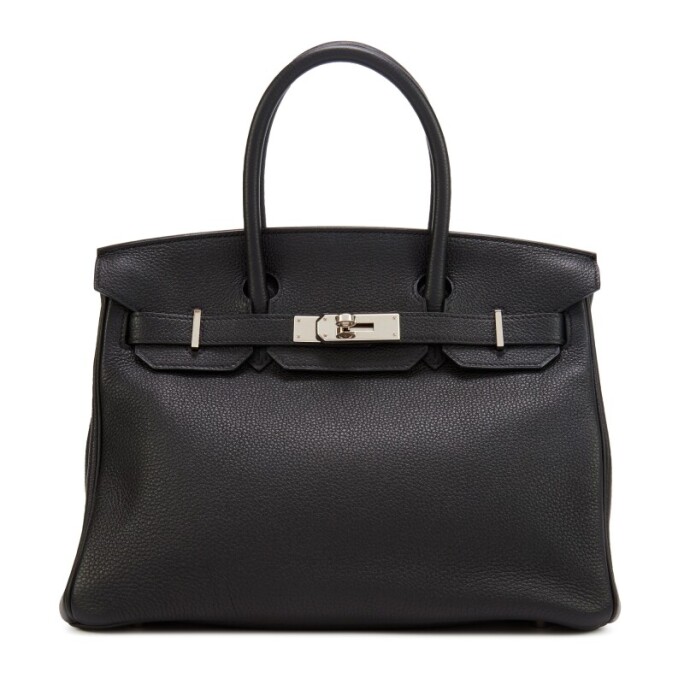 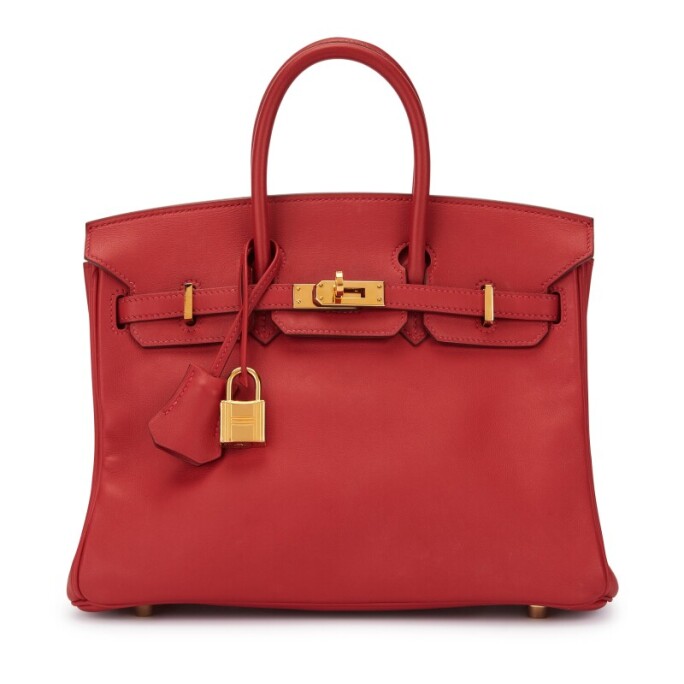 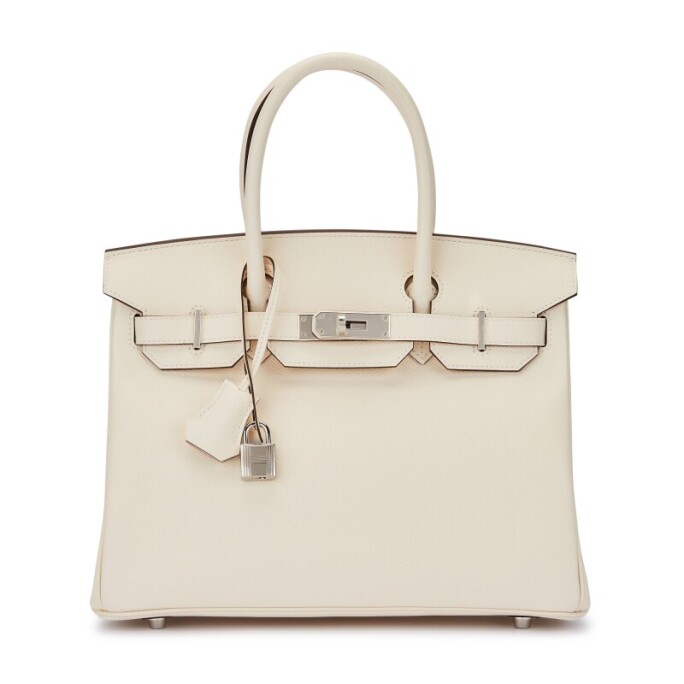 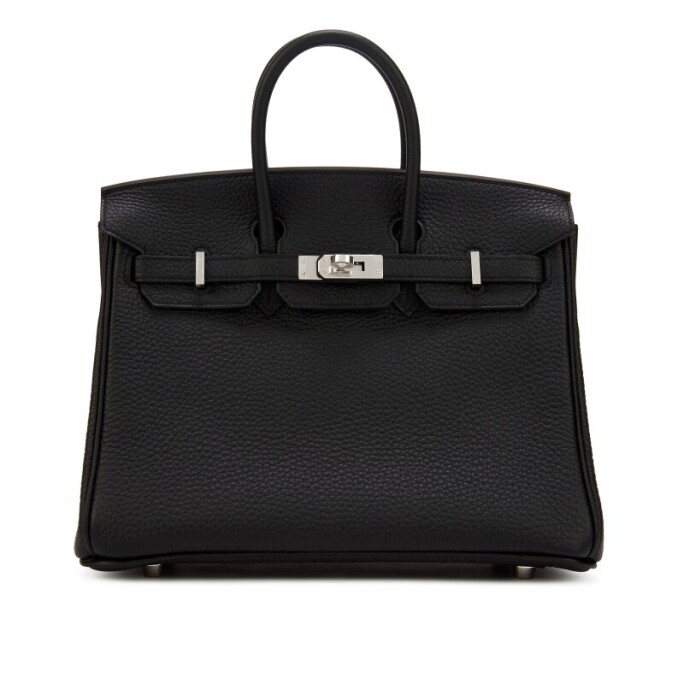 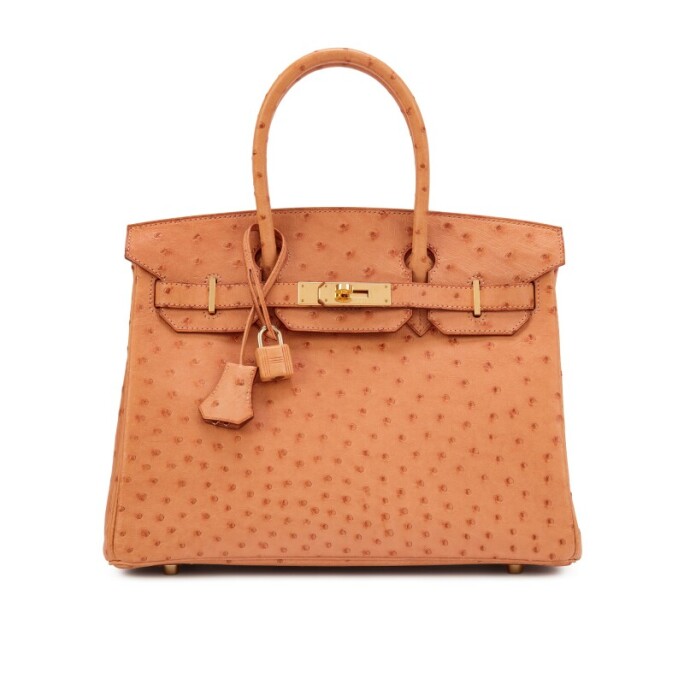 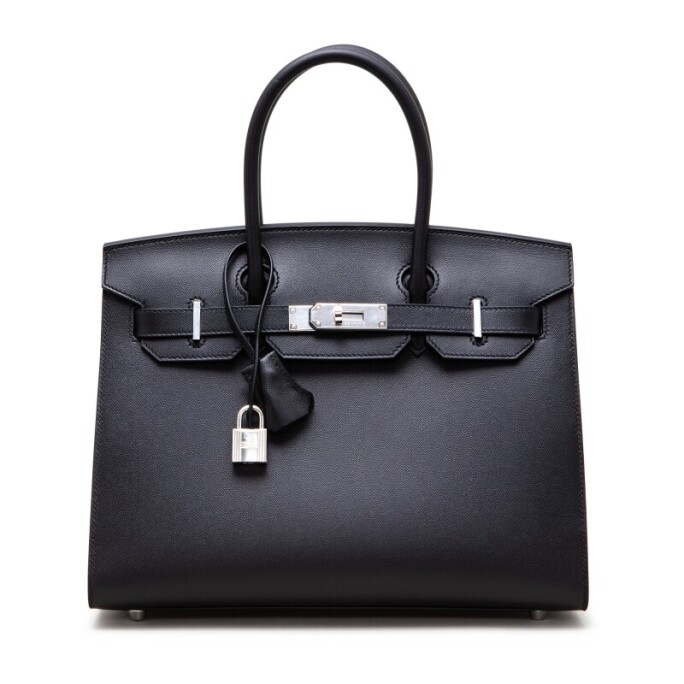 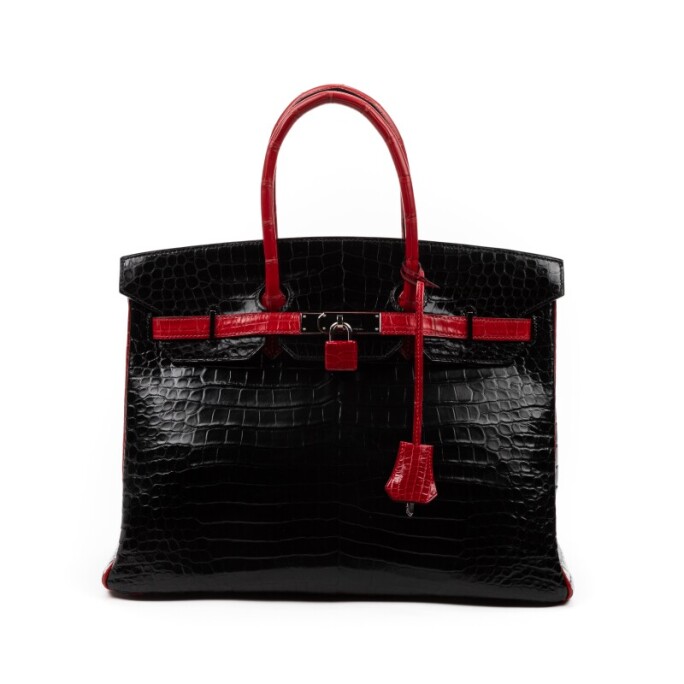 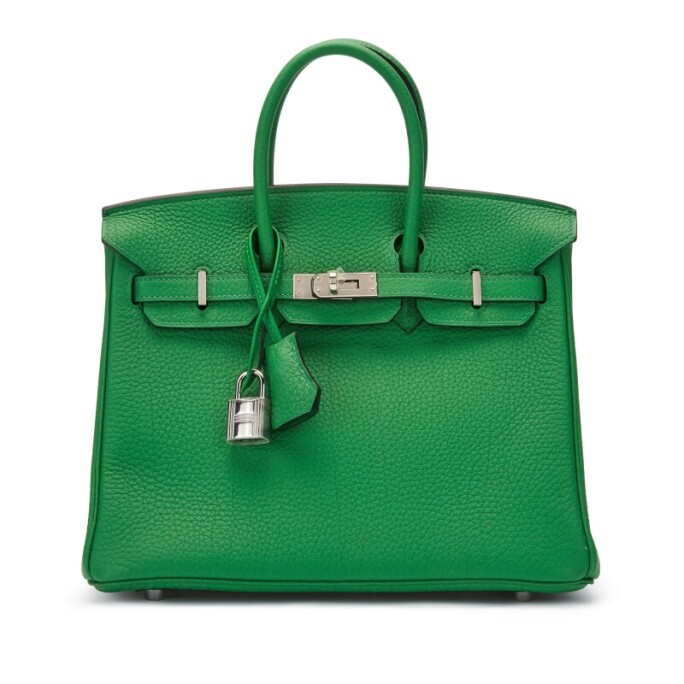 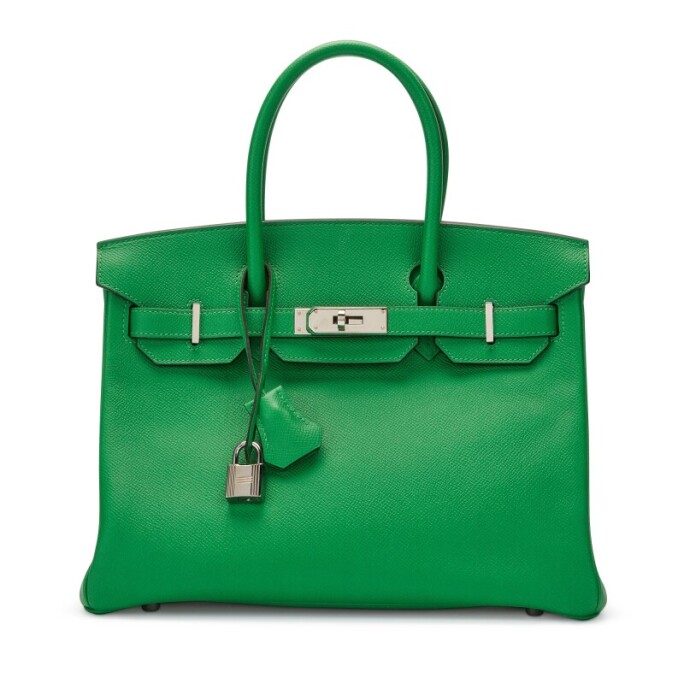 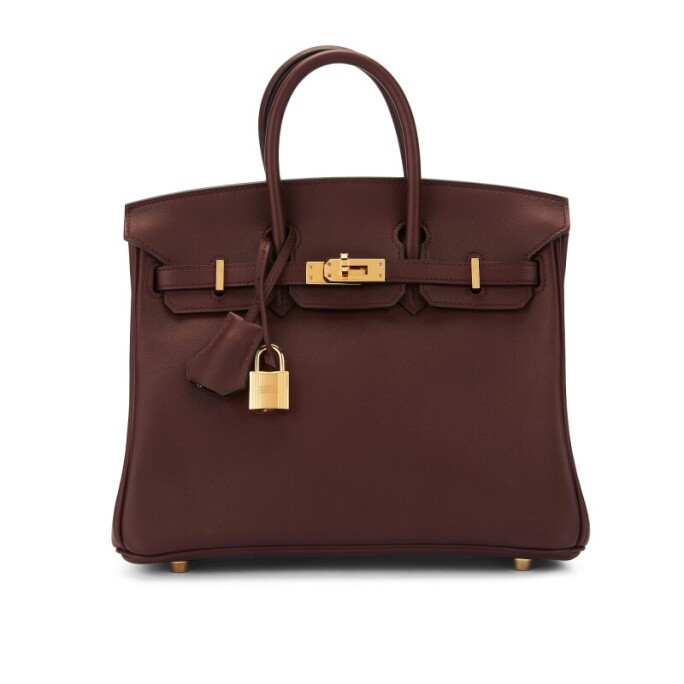