The Anne and Bill Frej Collection of Modern Polish Art

“Most Saturdays we scoured the government-run and private art galleries in Warsaw including Gallery Foksal. Occasionally, there were charity art auctions with works donated by collectors and contemporary artists like Magdalena Abakanowicz and Jacek Sempoliński. We often did not know exactly what the price was, as we didn't speak Polish, but we kept our hands up for works that we knew we wanted.”

“It was interesting and exhilarating to live in Poland in the late 1990s. We are grateful to the artists, gallerists, dealers, and friends there who taught us so much about the importance of Polish Modern Art.”

S otheby’s is honoured to have been entrusted with the sale of the Frej Collection of Polish Modern Art as part of the Highlights from 20th Century Art: A Different Perspective sale. This single owner collection, carefully assembled over many years with a keen eye for beauty and quality, offers a remarkable survey of Polish abstract painting. The core of the collection revolves around key works from the best period of the leading figures of Wojciech Fangor, Henryk Stazewski, Edward Krasinski and Ryszard Winiarski.

Exploring forms, colour and light and their interactions within space, creating impressions of movement and optical illusions, Fangor was a precursor of Op Art, and the first Polish artist to have a solo show dedicated to his works at the Guggenheim museum in 1970. M73 was painted explicitly for the Guggenheim show in 1970, but was not included in the exhibition in the end due to its size. Fangor was so fond of the painting that he held on to it until 2000, when he agreed to sell it to Anne and Bill Frej.

Henryk Stazewski initiated the Constructivist movement in Poland. He travelled frequently to Paris in the 1920s and 30s where he developed a close relationship with Piet Mondrian and became a member of the groups Cercle et Carre and Abstraction-Creation.

Relief No 80, a painting from 1976 is a powerful example from a series of paintings that appeared in Stażewski’s oeuvre from the early 1970s. In 1998, Bill and Anne Frej loaned it to The Foksal Gallery in Warsaw for an important Staźewski exhibition entitled “350 km fast car ride.”

Edward Krasinski was one of the most notable members of the Polish neo-avant garde from the 1960s and 70s. He was a close friend of Stazewski, with whom he shared a studio from 1970 onwards. He created his first spatial and relief paintings at the beginning of the 1960s and added blue Scotch tape to his works – which was to become the hallmark of his paintings and constructions, from 1968 onwards. Krasinski used the blue tape to mark and define space, considering it a sort of Dadaist joke. He once wrote, “I don’t know if this is art. I know that it’s a blue Scotch tape, width 19mm, length unknown.” And the blue tape not only features in his works from the 1960s and 70s, but was affixed – at a height of 130cm – along the walls of his and Stazewskis’ studio, covering everything in its path. The relief from 1978 is very representative of his artistic output at the time.

“I don’t know if this is art. I know that it’s a blue Scotch tape, width 19mm, length unknown”

When Anne and Bill visited Krasinski in his studio they came away not just with a relief, but were also gifted a roll of blue Scotch tape by the artist – together with a bag of dog bones.

Also of note in this collection are the works by Ryszard Winiarski. Winiarski was one of the key representatives of indeterminism in Poland, exploring the relationship between art and science. Aiming for the simplification of artistic expression, Winiarski initially used only black and white and square shapes. The choice of a square’s size or colour would often be decided by chance (the roll of a dice, the tossing of a coin or a random selection of numbers etc.). The works in the Frej collection are superb examples of this idiosyncratic technique.

The Frej Collection of Polish Modern Art will be offered as a single owner sequence within the context of Sotheby’s annual auction 20th Century Art – A Different Perspective. The works will be exhibited in our London New Bond Street galleries from 5 to 9 November and can be viewed at other times by prior appointment. The auction will be open for bidding from 5 to 9 November, closing for bids on 9 November from 2pm onwards.

For further information please contact Tessa Kostrzewa on +44 207 293 5382 or tessa.kostrzewa@sothebys.com 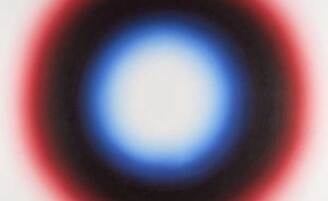