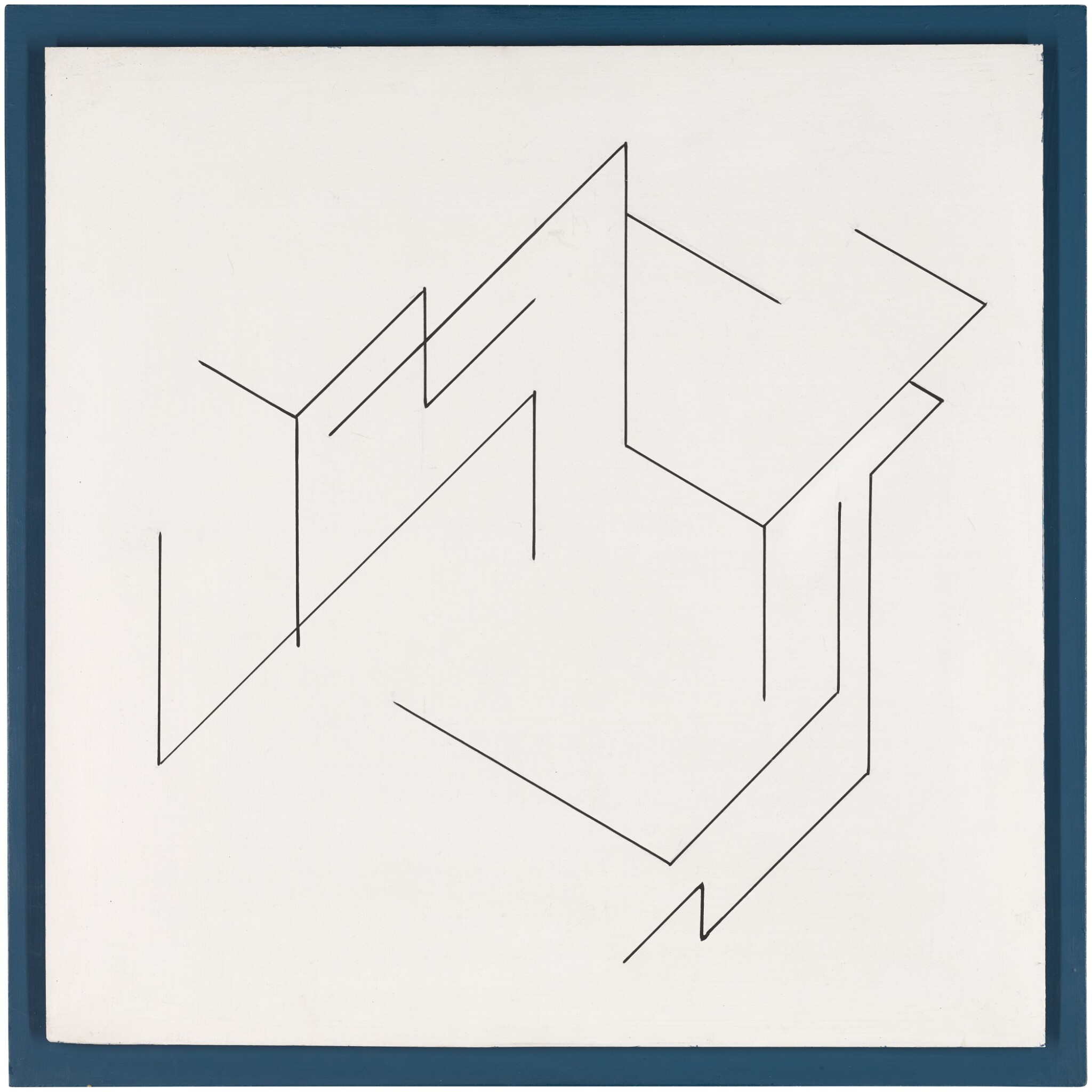 metal, wood and acrylic on board

The work is in excellent condition, ready to hang.

The present work is a powerful example from a series of paintings that appeared in Stażewski’s oeuvre from the early 1970s. Stażewski was undoubtedly inspired by his meeting with François Morellet at his exhibition at the Muzeum Sztuki in Łódź in 1973. This meeting culminated in a visit from Morellet to Stażewski’s studio and a production of works by the latter, composed solely of fine lines drawn on a white background, executed often using a pen and ruler.

Abstract space - created by the crisp, white plane of the picture - plays a crucial role in accenting the complete autonomy of the painting separated from its surrounding. The simplicity and neutrality of this series allowed Stażewski to reconnect with some of the principles of Unism first developed during the interwar period by Wladyslaw Strzemiński, who wrote on the subject ‘The law of organic painting requires: the greatest possible union of forms with the plane of the picture.’ (Ryszard Stanisławski, Janina Ładnowska, Jacek Ojrzyński, and Janusz Zagrodzki, eds., Constructivism in Poland, 1923–1936: BLOK).

Whilst there are many examples with largely horizontal lines, for instance Composition No. 20, 1974 in the National Museum of Poznan, other works such as Relief, No. 80, 1976 show interrupted and continuous lines, both horizontal and vertical. Some form right angles with herringbone motifs or gaps, and others break through other lines or are simply isolated.