An Inside Look at the World of Ultra-Rare Sneakers

The second edition of Sotheby's Cult Canvas presents nine ultra-rare sneakers, including lobster-inspired SB Dunks, a 'Freddy Krueger' prototype, and designs for Kanye West – a sale curated by Ryan Chang, founder of Applied Arts, a media group that understands sneakers as an art form. Offering a glimpse into this rarefied world of collecting, Ryan Chang explains how sneakers have become a new medium of expression.

How did you first start collecting? Has your collection evolved over time?

I’ve been collecting for more than ten years, but I’m very selective. I’m not a sneakerhead with wall-to-wall shoes, boxes from floor to ceiling. I only own about 80 pairs, and I focus heavily on the artists and designers who collaborate in the creation process.

Sneakers fascinate me in the same way art does. When I think about what constitutes fine art, at the top of the list are cultural and historical significance, rarity, value, and aesthetic qualities that people respond to. Sneakers possess all of these attributes, and they have for a while. I look at them as canvases, a cross between a painting and a sculpture, and I love how they are enjoying their moment right now.

What was the inspiration behind the curation of Cult Canvas 2021?

We’re always looking to do what hasn’t been done before. Last year, Cult Canvas was focused on promoting sneakers as a medium for fine art, which is why we sold pairs like the Nike SB FLOM (Futura) and the Nike SB Gardener (Michael Lau). This year, after seeing institutions like Sotheby’s embrace sneakers, and after watching sneakers develop into a strong alternative asset class, we wanted to hone in on one of the definitive aspects of fine art: rarity. Cult Canvas 2021 is a tightly curated offering of nine production samples and prototypes – shoes that were never available for public sale.

Collectors go crazy for production tests/samples. What are some notable examples and what makes them so desirable?

Collectors go crazy for samples because they are the rarest shoes on earth. Even extremely rare pairs like the Nike SB Paris Dunk, which was limited to 202 pairs and which Sotheby’s just sold for about US$95,000, go through a few phases of sample testing. In other words, before those 202 pairs are produced, a handful of samples are made so that designers can put the final touches on their work. Samples often feature slight differences from released pairs, making them even more unique. Finally, since samples are never sold to the public (they’re typically gifted to the designers or people close to the project), they are incredibly difficult to access. 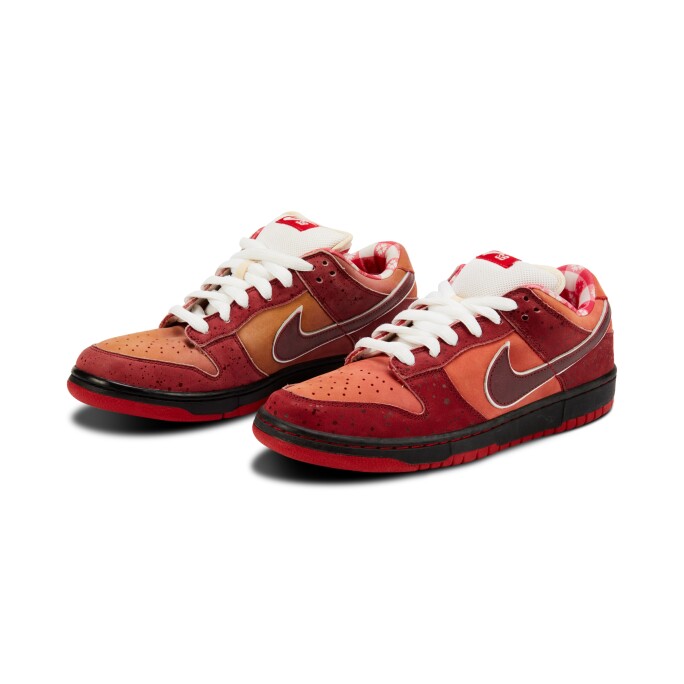 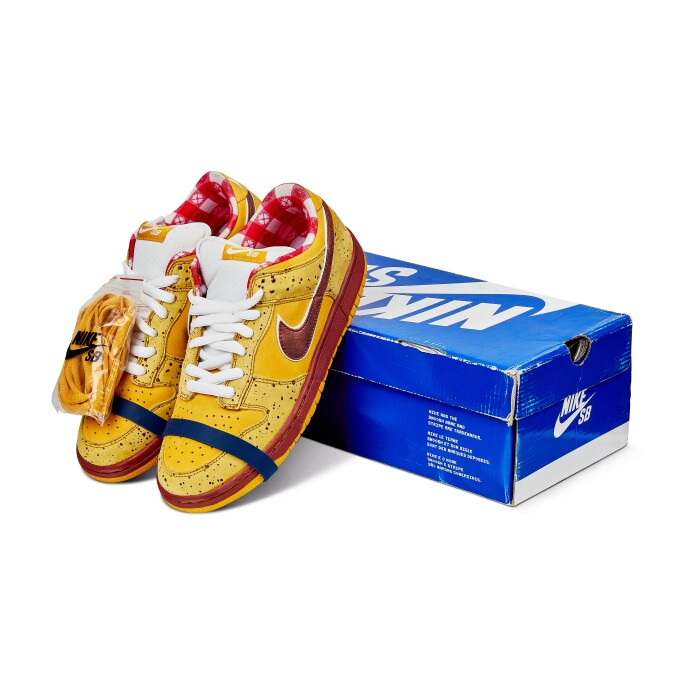 In the curation, you included two Nike Dunk ‘Lobster’ samples in the sale. Why are they so coveted by collectors?

The 'Lobster' series is an iconic collaboration between apparel/footwear company CNCPTS and Nike SB. It began with the release of the 'Red Lobster' in 2008 before other colours like the blue, green, and purple 'Lobsters' came out. The pairs offered in Cult Canvas are a 'Red Lobster' production sample with distinct differences between the left and right shoe, and a 'Yellow Lobster', which was limited to 36 pairs and gifted to friends of the project.

For a collector, what is the significance of the various styles: SB Dunk, Air Force 1, and Air Jordan 1?

Popular styles like the SB Dunk, Air Force 1, and Air Jordan 1 are silhouettes. They provide a foundation upon which many different colourways, fabrics, and materials can be mixed and matched to create a unique design. Most collectors have their favourites, and I think the choice of what to collect depends a lot on what inspired a collector to enter the world in the first place. For example, lots of skateboarders love SBs because the brand targeted the skate community in California when it launched in the early 2000s. I love both SBs and Jordans, and I see athletes around the world wearing and collecting Jordans because in one way or another, so many of us wanted to 'Be Like Mike'.

Two of the sneakers involve Kanye West, designed with him in mind for concerts. Can you discuss the impact artists such as Kanye West have had on sneaker design and collection?

Kanye has done incredible things for sneaker culture. He was the first artist to land a shoe deal with Nike, and understood the value of his brand and his ideas long before anyone else did. If you hear him talk about his sneaker designs, it’s obvious that he not only understands the cultural zeitgeist and has a great sense of how it will evolve, but is also a brilliant practitioner. In an interview about the Yeezy Foam Runner, he talks about how he wanted to design a shoe without laces, to get rid of the tongue to make shoes more ergonomic, and to produce the Runner for $20/pair because he doesn’t love hype culture. The end product looks like a space ship, but that’s we love about Kanye: his courage. Whether you like his shoes, listen to his music, or agree with his politics, Kanye is a cultural lightning rod who is always willing to push the envelope, take the heat, and lead the discussion. We wanted to feature two of Kanye’s rarest pairs in Cult Canvas because they are cultural artifacts that have been critical to the development of this space.

What will be the future of sneaker culture?

One thing is for sure: value and how we define it, is changing. I think the public will start to revere some highly coveted sneakers just as they revere masterpieces by Norman Rockwell and Winslow Homer, because they’ll view all of these objects as cultural artifacts. 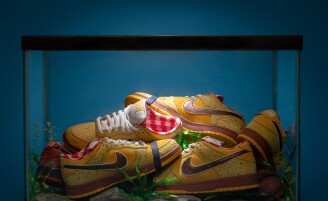