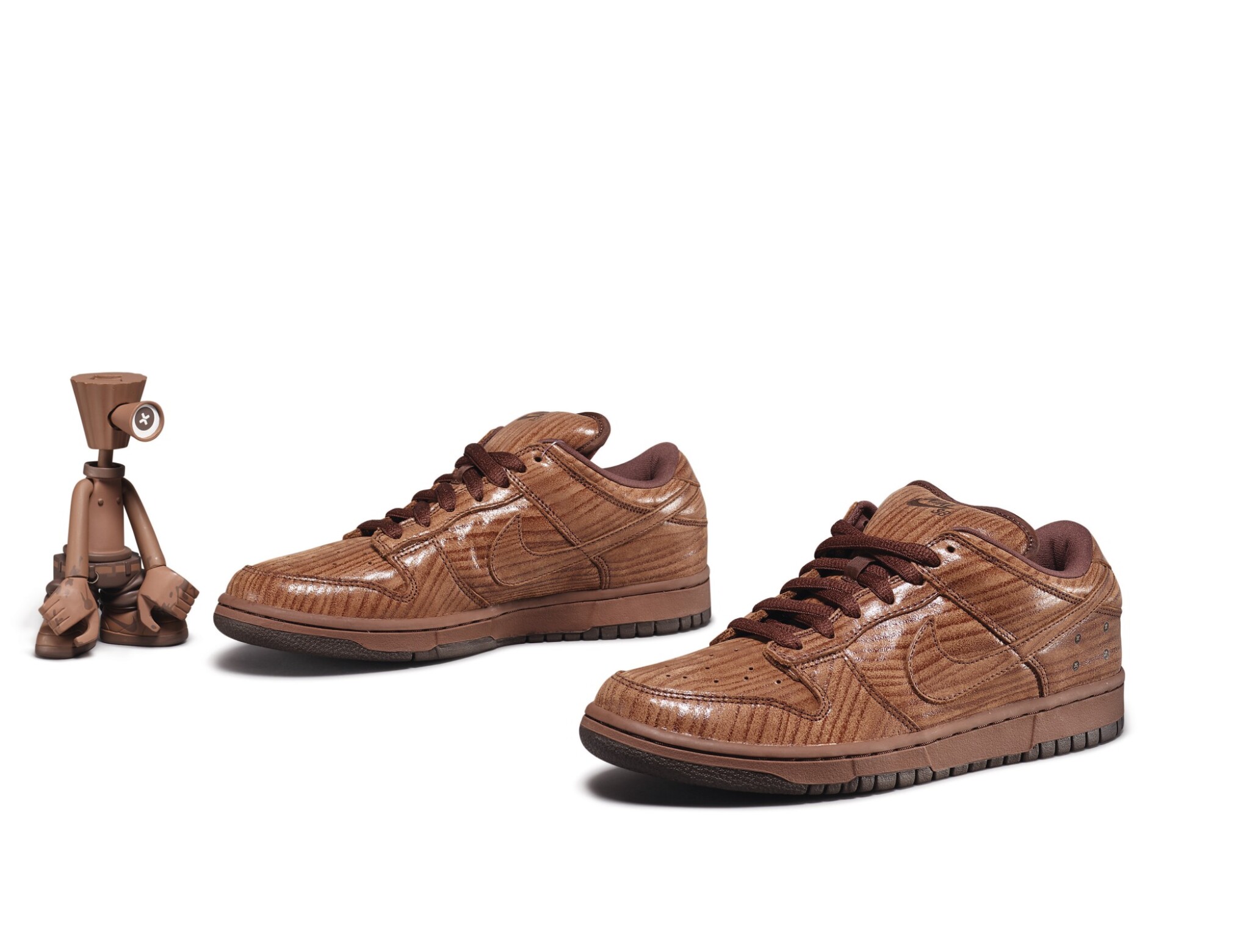 The sneakers are in pristine condition and come with the original box, they do not show signs of wear.

Michael Lau, known as the “godfather of designer toys,” is an important figure in the worldwide collectables scene. Originating from Hong Kong, Lau’s fame is largely due to his talents in illustration and toy design. His work has had a significant influence on toy manufacturers, street culture, as well as other artists and musicians. Lau held his first solo painting exhibition at the Pao Galleries of the Hong Kong Arts Centre in 1993.

This work, released in 2006 from a very limited production run, is based on Lau’s skateboarding comic strip, Gardener. The dark brown and wood imitating uppers of the sneaker feature four skateboard imitating drill holes on the ankles.

The sneakers come with a beautifully finished wood box and vinyl toy.