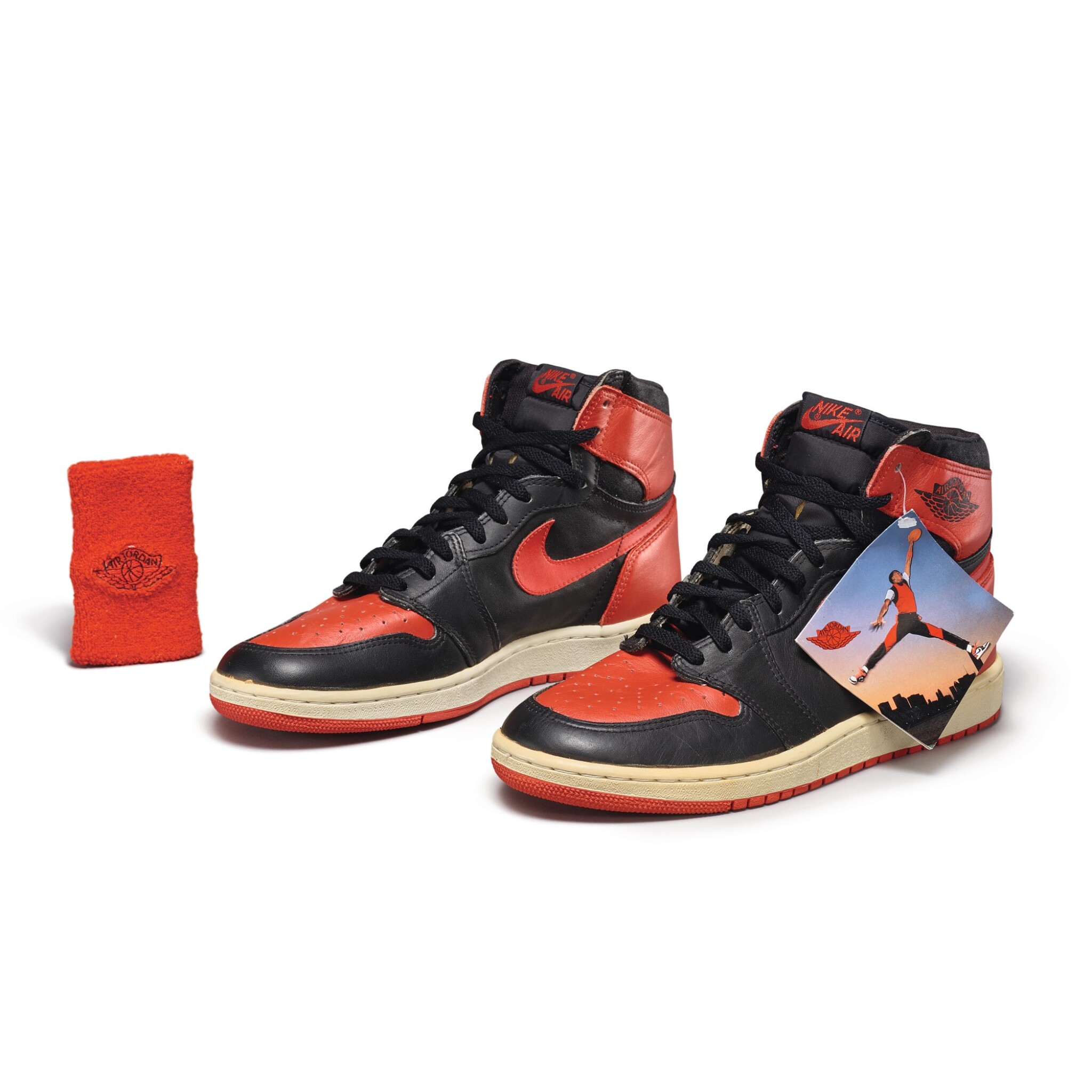 The sneakers are in excellent condition consistent with age and come with the original box and hangtag, they do not show signs of wear. Minor scuffs on leather.

The Nike “Air Jordan 1” is one of the most iconic designs in the history of both streetwear and basketball, and is a key part of the origin of the Air Jordan brand for Nike. Designed by Peter Moore, the sneaker has remained an instant classic since its commercial release in 1985.

This sneaker in black and red or ‘bred,’ is a retail pair from 1985 in pristine condition, particularly when noting the age of the item. Most notably, it is the pair from the famous ‘Banned’ Nike commercial.

In 1984, Michael Jordan’s black and red shoes (Air Ships) became controversial after the NBA sent a letter to Nike in February of 1985 informing the company that Jordan’s colorful shoes were a violation of the league’s uniformity of uniform clause. Nike responded by creating an ad campaign around Jordan’s ‘banned’ shoes (advertising this particular model), remarking that while “the NBA threw them out of the game, fortunately, the NBA can’t stop you from wearing them.”