Sensational and mysterious, absinthe has long been ridden with controversy. The favored elixir of Belle Époque artists and literati, absinthe fell victim to its alleged hallucinatory effects, which caused nationwide bans and a reputation contemporary enthusiasts are still working to rectify. Among them is Texas-born, New York-based Hector Pena. An IT technician with a passion for “the green fairy,” Pena founded AbsintheNYC in 2016 to teach others how to properly appreciate the alcohol’s unique anise flavor through events and tastings. “It is a transformative feeling to pour absinthe into an antique glass and experience the way it was consumed over 100 years ago,” said Pena. On 23 June, Pena will lead an absinthe tasting at Sotheby’s event with Atlas Obscura where guests will be treated to a night of gothic mystery, including a dramatic reading of Edgar Allan Poe's Tales, a first-edition of which will be offered in Fine Books and Manuscripts Including Americana Online (18–28 June). Here, Pena answers all our absinthe-related questions and explains why if you had absinthe ten years ago and hated it, it’s time to give it a second try.

"[ LE BOUDOIR ] ​For the past 10 years after Absinthe was legalized in the US, I have been searching for bistros and bars that serves traditional quality Absinthe and gives appreciation to the traditional pour. I stumbled upon Chez Moi, an intimate French restaurant in Brooklyn and discovered “Le Boudoir,” a hidden gem in the restaurant’s basement. Le Boudoir is a Marie Antoinette inspired, dim-lit speakeasy hideaway. The lustrous decor with intimate booths and sexy chaise-lounges transport you to The Romantic Era in France. This lounge serves some of the best Absinthe brand selections in NYC. The bartending staff are friendly, professional and experienced in preparing traditional Absinthe pour from a fountain and using proper Absinthe glassware is very important to the ritual . Absinthe cocktails are also offered, as well as other unique and delicious non-Absinthe cocktails. This is the perfect rendezvous spot for date night while enjoying a glass of the Fairy’s elixir." Le Boudoir 135 Atlantic Avenue, Brooklyn, NY 11201 #absinthe #review #leboudoirbrooklyn #absinthenyc #jadeabsinthe #greenfairy #thegreenfairy #absintheurs #inlovemagazine

When did you begin drinking absinthe?
I first started drinking absinthe around 2006. I was curious to try it because Hollywood did quite a lot to show absinthe as this glowing, hallucinatory green drink. There was EuroTrip, Moulin Rouge! and also Bram Stoker's Dracula. Since the 1980s, the Czech Republic was producing a false version of absinthe that was dyed neon green with food coloring. Not knowing any better, I ordered it online. It was hideous. About a year later, someone bought me a quality bottle of French absinthe, and when I tried that I was blown away. It was completely different and inspired me to do more research. I’ve now tried about 90 brands.

Why did you create AbsintheNYC?
I wanted people in New York City to see what quality absinthe is because many places were not preparing it properly. All it takes is too much absinthe and not enough water to turn someone off completely. In 2007 when absinthe could be sold legally in the US, a lot of heavily marketed, bad absinthe brands were being pushed. The quality brands were being produced in France or Switzerland, so I wanted to showcase some of their products in NYC. Today more and more American distillers are creating quality absinthe.

How do you distinguish French versus Swiss absinthe? Why are some green?
The Swiss focus more on using a neutral grain base for their absinthe, which is usually fennel dominant. The French absinthe often uses a wine base, and it tends to be more complex because herbs, like petite wormwood, melissa, pontica, angelica and coriander, are added during the second step of distillation. The herbs are also what make absinthe naturally green. During the European ban, Swiss distillers would sometimes take the herbs out because clear absinthe was easier to hide. It became known as “la Bleue.”

My Absinthe Topettes. These are Topettes of various shapes and sizes. The waiter/bar tender would give the costumer a topette of different sizes filled with absinthe. Based on the amount of markings or rings, would tell the waiter how much to charge the customer. Each dosage mark or ring is about 30ml. This is the collection I have acquired throughout the years. Santé #absintheurs #absinthiana #absinthepreperaton #absinthe #thegreenfairy #alandia #absintheantiques #absinthenyc #absintheshots #absintheursnyc #absinthetopettes #absintheglass

Can you explain what thujone is and its role in the European ban?
Thujone is a chemical compound found in wormwood that was believed to cause hallucinations. In 1988, the European Union allowed absinthe to be distilled again with a 10mg of thujone limit. However, most brands 100 years ago had less than 10mg in their absinthe anyways. In order for thujone to cause you to hallucinate, you’d have to consume so much that you’d be killed ten times over.

A lot of the reason absinthe was banned was because the wine industry gave it a bad name. During the Belle Époque, vineyards were dying out due to mold and the parasite phylloxera. People were turning to absinthe because it was a more affordable and available. To revive the wine market, the wine industry sought to demonize absinthe by exaggerating its hallucinatory effects. Another contributor to the ban was the Swiss laborer Jean Lanfray, who killed his two kids and pregnant wife after two glasses of absinthe. After that, 82,000 people signed a petition to ban absinthe. But what wasn’t mentioned in the news was that earlier that day he also drank crème de menthe, cognac, brandy and a whole liter of wine.

Do you think the hallucinatory feeling then was somewhat of a placebo effect?
No, what I can say is that you don’t have that slouchy feeling you get from sugar-derived alcohol like rum and tequila. Absinthe just causes a clear, relaxed state of mind. People during the bohemian era, especially many of the great writers and artists, were not just drinking absinthe. They were doing other things, like taking opium, which contributed to hallucination.

What’s the ideal way to pour and consume absinthe?
There’s the French tradition of putting a sugar cube over a perforated spoon on your glass, but with a quality absinthe, it’s already sweet from the anise and fennel. Sugar brings out the anise, but it masks the herbs a bit, so it comes down to preference.

It’s all about the slow drip method, which allows the water and anise to mix together and unlock the herbs. While they certainly exist, you don’t need fancy tools for drinking absinthe, just a simple carafe, water and a glass filled with 30ml of absinthe. Everything about pouring absinthe is beautiful – when you slowly pour water into a really good quality absinthe, you’ll see those clouds (what people call la louche) swirl inside the reservoir of the glass and smell the aromas.

Any other tips for trying absinthe?
For somebody that is new to absinthe, I’d say four measures of water per one part absinthe, whereas for someone like me who has been drinking it a while, two and half to three measures. People don’t typically walk into a bar and know how to request their ideal ratio. If expensive absinthe brands are out of reach, I would aim for something midrange, as many of the cheaper brands aren’t real absinthe. A few great options available in the US are Mt. Defiance, Redux Absinthe Verte and Meadow of Love Absinthe.

What are some tasty food pairings?
Oysters. Duck. A lot of the French and Swiss love fondue and sausage with their absinthe.

Can you tell me more about your absinthe antiques collection?
I have several museum pieces that I’ve gotten from celebrated people in the absinthe community. For example, Marie-Claude Delahaye, who has an absinthe museum in France, sold me a rare Absinthe Oxygénée Premier Fils topette from over 100 years ago. Topettes were used in bistros and bars as serving vessels that allowed a waiter to know how much to charge a customer. The French took a lot of pride in the perforated spoons, so they are also very collectible. 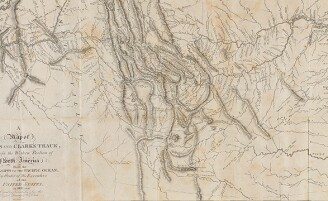