Fluxus was a loosely associated international group of artists, musicians and writers arising in the 1960s, principally in New York, Germany and Japan. While the group’s self-appointed leader, George Maciunas, wrote a manifesto and coordinated many of its activities, Fluxus was less a formal movement than a diverse community of like-minded artists and creative people around the world. Influenced by Zen Buddhism and taking Dada pioneer Marcel Duchamp and avant-garde composer John Cage as its patron saints, Fluxus prized process over product and embraced humour, chance and the everyday in its iconoclastic rebellion against the conventions of the commercial art market. Often political in tone, the Fluxus ethos centred on dissolving the boundary between art and life; it’s stated goals, in the words of Maciunas, were to “promote a revolutionary flood and tide in art, promote living art, anti-art… Fuse the cadres of cultural, social & political revolutionaries into united front & action.” Accordingly, the style is most closely associated with performances and organised events occurring outside of traditional venues, with the audience and outside world acting as integral and unpredictable elements of the work.

Because of its process-driven, spontaneous and often ephemeral nature, the Fluxus style is notoriously difficult to pin down. Maciunas evocatively described it as “a fusion of Spike Jones, gags, games, Vaudeville, Cage and Duchamp”. United more by conceptual than aesthetic tendencies, the artists of Fluxus gravitated toward the DIY, anti-commercial and egalitarian and embraced chance, accident and absurdity. The movement is perhaps most famous for its “events” – performance pieces based largely on simple sets of written instructions called “scores”. However, artists worked across a wide range of materials and processes, including video art, mail art and intermedia collaborations. Like Dada before it, Fluxus emphasised anti-art and a rejection of the seriousness and elitism of the commercial art world, and vastly expanded the definitions of what can constitute art.

By challenging traditional distinctions between art and life, Fluxus radically broadened definitions of what art can be. Chopping food, answering the telephone, even breathing – mundane activities and interactions, presented humorously and succinctly – upended conventional ideas of artistic value. By staging most of its activities outside of mainstream venues, Fluxus paved the way for numerous artistic styles that operate outside of galleries and museums, from land art to street art.

Its boundary-pushing ethos continues to resonate through contemporary incarnations of conceptual and performance art – Tracy Emin, Marina Abramovic, Damien Hirst, Rikrit Tiravanija, Banksy and many others have drawn from and expanded upon the Fluxus philosophy.

Who are the Fluxus Artists?

The movement’s key figure was the Lithuanian-American artist George Maciunas. A mercurial leader with forceful opinions, Maciunas acted as the group’s central coordinator even as he alienated many of its members. Because of his insistence on the artists’ “dispensability”, Maciunas did not sign his works and many Fluxus pieces are not credited to any artist. Accordingly, confusion continues to surround many key works in the Fluxus oeuvre.

Numerous other avant-garde artists of the 1960s and 1970s are associated with Fluxus to varying degrees. Japanese-American performance artist and activist Yoko Ono emphasised the viewer’s responsibility toward an artistic subject with her provocative 1964 Cut Piece, in which audience members were invited to cut away pieces of her clothing as she sat, motionless; Conceptual pioneer George Brecht was famous for his event scores, including Drip Music, 1962; Nam June Paik, widely regarded as the father of video art, was known for his frequent collaborations with cellist Charlotte Moorman, such as 1964’s TV Cello; and the German conceptual and performance artist Joseph Beuys created richly symbolic actions deconstructing the relationship between thought, speech and form, as in How to Explain Pictures to a Dead Hare, 1965. 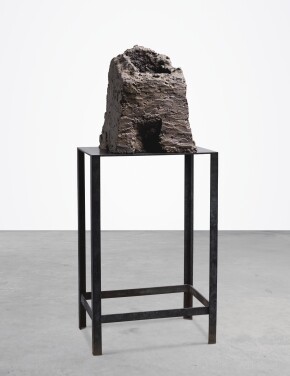 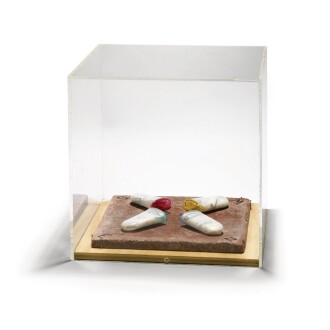 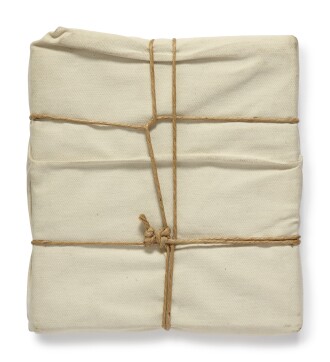 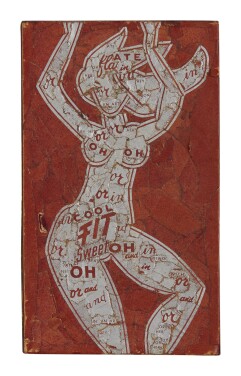 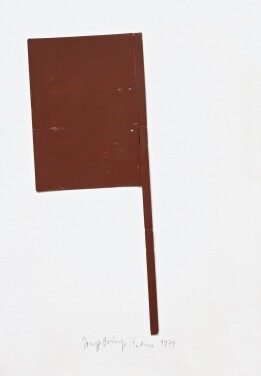 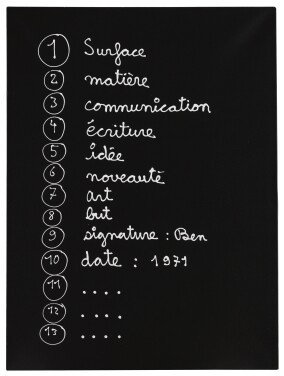 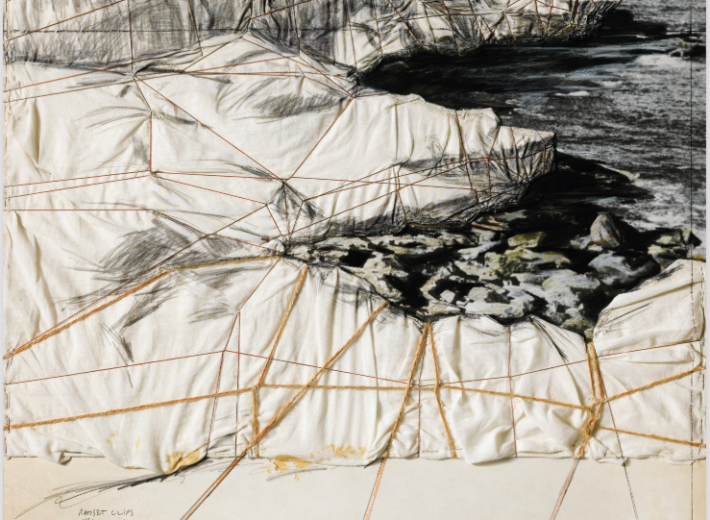