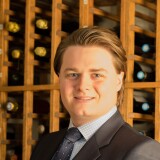 George Lacey joined Sotheby’s in February 2021 as the Head of Sales for Sotheby’s UK Wine department, prior to which he spent four years in Singapore running Berry Bros. & Rudd’s Southeast Asia business. Having worked in various roles within the fine wine industry in both London and Asia, George brings a proven track record in sales and relationship management, and considerable experience in managing private client-focused fine wine businesses; he very much welcomes the opportunity to drive Sotheby’s wine auction business in the UK over the coming years.

George cut his teeth in the wine world whilst at Cambridge, where his Organ Scholarship curiously but fortuitously allowed him access to his College’s (well-stocked) cellar. Having subsequently worked in diverse environments from quantum physics research, to private equity, to cathedral music, he eventually saw the light and joined the wine trade, initially at Fine+Rare in London and then with BB&R, where he worked in their St James’s headquarters as a Wine Educator before moving to Asia. Particularly passionate about the wines of Germany, Burgundy and Bordeaux, he believes that wine collecting is all about facilitating enjoyment and conviviality, and loves nothing more than sharing great bottles with like-minded wine lovers the world over.