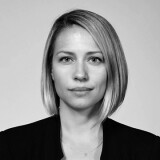 Cassandra Hatton has over 15 years of experience selling, appraising, and cataloguing rare books, manuscripts, and historic artifacts. While she has expertise in books and manuscripts in all fields ranging from the 15th to 20th centuries, she has a particular specialty in early printed books and manuscripts, the history of science & technology, and space exploration. She spent the first decade of her career as a rare book and manuscript dealer on the west coast, before moving to New York to work for Bonhams Auctioneers, where she founded and was made Director of its History of Science & Technology department. She joined Sotheby’s in 2016, where she has inaugurated sales in Space Exploration and the History of Science to great success. She has been responsible for numerous high-profile and record-setting sales, including:

-The white-glove sale of the Nobel Prize and Papers of Richard P. Feynman, which sold together for $3.8 million dollars
-The most valuable Space Exploration sale ever held, totaling $5.5 million, surpassing its pre-sale high estimate by $1 million and with an exceptional 93% of all lots sold
-The only surviving first generation NASA recording of the Apollo 11 Moonwalk for $1.82 million dollars, resetting the record for an American space artifact
-The bag used by Neil Armstrong on Apollo 11 to bring back the first samples of the moon ever collected for $1,812,500, a record for any American space artifact at the time
-The Hidden Wartime Manuscript of Alan Turing for $1,025,000
-The world-record sale of an Apple-1 Computer at $905,000
-The only known documented samples of the moon available for private ownership for $855,000
-The world record for any Enigma machine at $800,000
-The original navigation log for the Enola Gay for $372,000
-The world record for the two most expensive letters by Charles Darwin at $197,000 & $125,000
-The Flown Flight Plan from the Apollo 13 mission for $275,000
-Several Nobel prize medals, including those of Richard P. Feynman ($975,000); George Minot
($545,000); John Mott ($262,500), and Frederick C. Robbins ($200,000)

Ms. Hatton is a member of the Grolier Club, the Bibliographical Society of America, the History of Science Society, and the Rare Book & Manuscript Section of the American Library Association. She did her undergraduate work in History and French & Linguistics at UCLA, and has an MA in Early Modern European History, with a focus on the History of Science. She has attended both the Rare Book School at the University of Virginia and the California Rare Book School, and is certified in Uniform Standards of Professional Appraisal Practice (USPAP). She speaks fluent French, reads Latin, Spanish, and Italian, and appears frequently in both print and broadcast media. Ms. Hatton can be followed on Twitter @the_lynx_eyed and on Instagram at The_Lynx_Eyed

Articles by Cassandra Hatton
Breaking the Code: The Secrets of Enigma Cipher Machines
The Father of Space Art: Chelsey Knight Bonestell
5 Mind-Altering Plants
"Houston, We've Had a Problem Here": The Flown Apollo 13 Flight Plan
Tom Sachs on the Art of Space
When Science Becomes Art: NASA Photography of the Moon and Mars 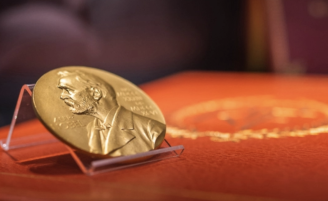 How This Sotheby’s VP Sold a Nobel Prize for $975,000 at Auction
Read Less
Read More