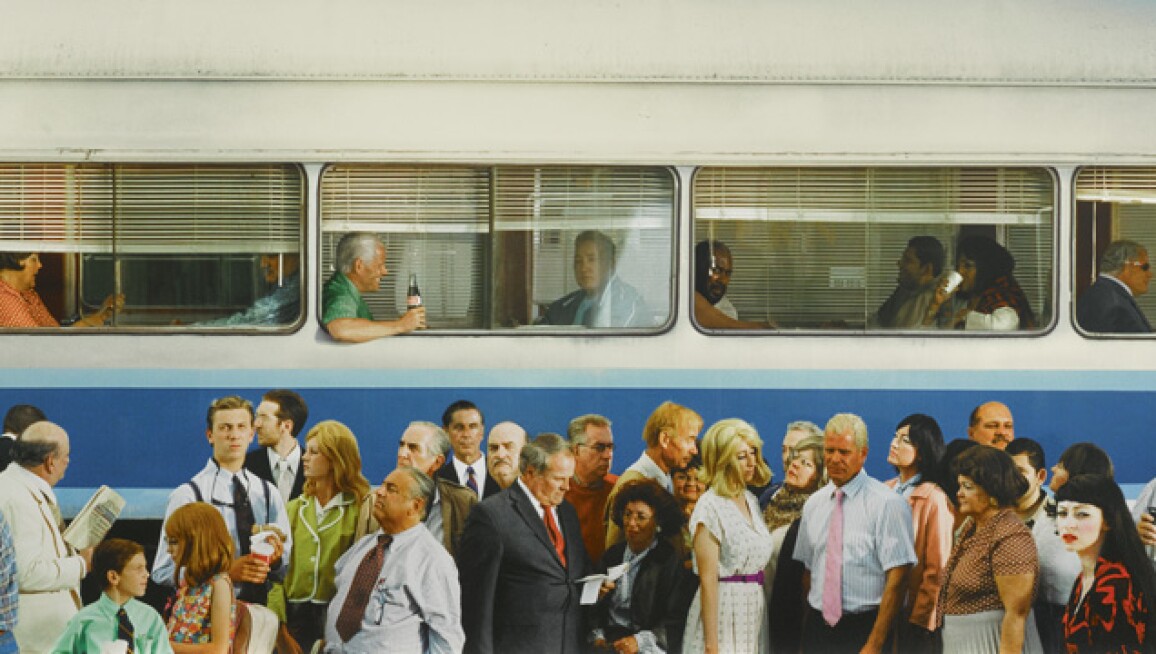 It wasn’t until 1999, when then nineteen-year-old Alex Prager visited an exhibition of William Eggleston’s work at the Getty Museum, that she considered being a photographer. Now, the Los Angeles native meticulously arranges the scenes she photographs with stylised, cinematic melodrama. Enhanced with digital effects, Prager’s pictures evoke the atmosphere of films by Alfred Hitchcock, Jean-Luc Godard and David Lynch with a slickness that borders on the theatrical. Her subjects exude a noirish sense of isolation, even when they are rendered in her signature Technicolor aesthetic. “I never wanted to take a picture that looked realistic,” Prager has said, adding she’s always wished her photographs “to have that false appearance and marry the worlds of reality and fiction.” Click ahead to discover the details behind Prager’s impressive photo, Simi Valley.