The Spiritual Landscape that Tells the Wonder of Nature 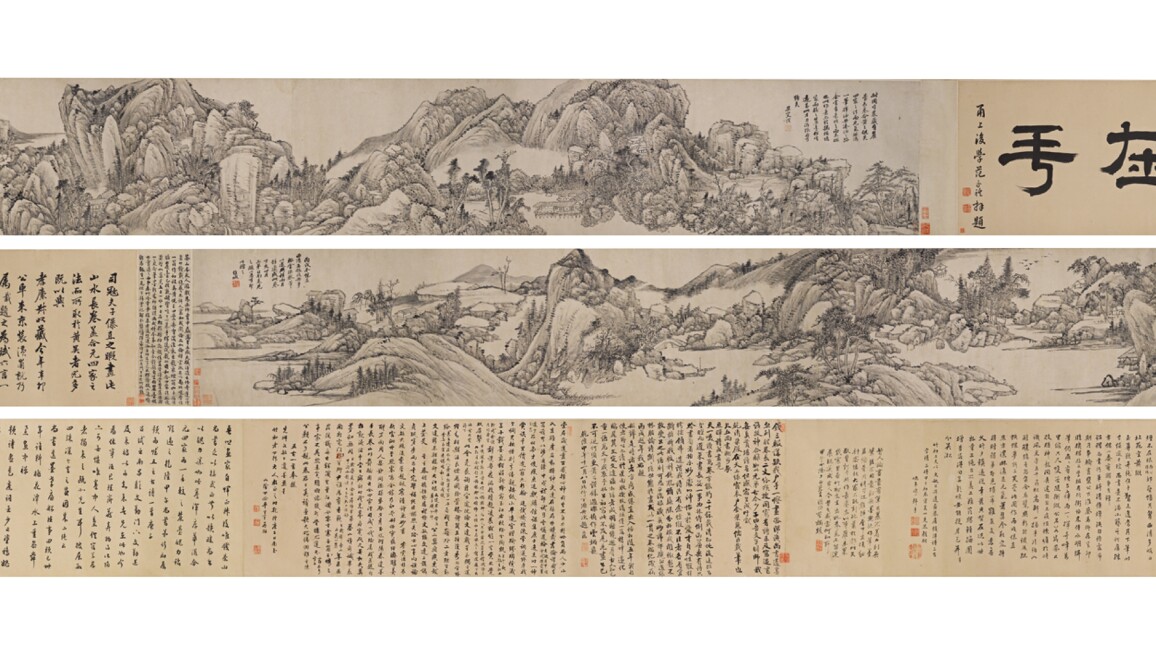 Court scholar and painter Qian Weicheng (1720–1772) had been invited to work at the Imperial Court for over 20 years, and had enjoyed the opportunity to inspect paintings with the Qianlong Emperor. The extraordinary access allowed him to examine a large amount of ancient paintings first hand, and develop a profound sensibility to imitate famous artworks. The Qianlong Emperor showed deep appreciation for his works, and lavished praises on his style that was reminiscent of the Four Great Masters of the Yuan Dynasty.

This scroll is over 5 meters long, the styles and characters of all Four Great Masters of landscape painting were found, and as such, this work is among the rarest.

According to the inscription, Qian Weicheng saw Wang Yuanqi’s imitation of landscape painting from the Yuan Dynasty, and was inspired to create this work thereafter.

Having thoroughly mastered the art of the Four Great Masters, Qian deployed his skills and tenacity to create this epitome of grand styles while paying tribute to all his predecessors, namely Wang Meng, Huang Gongwang, Ni Zan, Wu Zhen, while Huang’s influence seems to predominate. Click through to take a closer look at these elements in the scroll in detail. 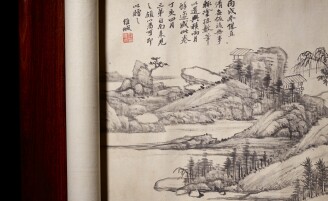