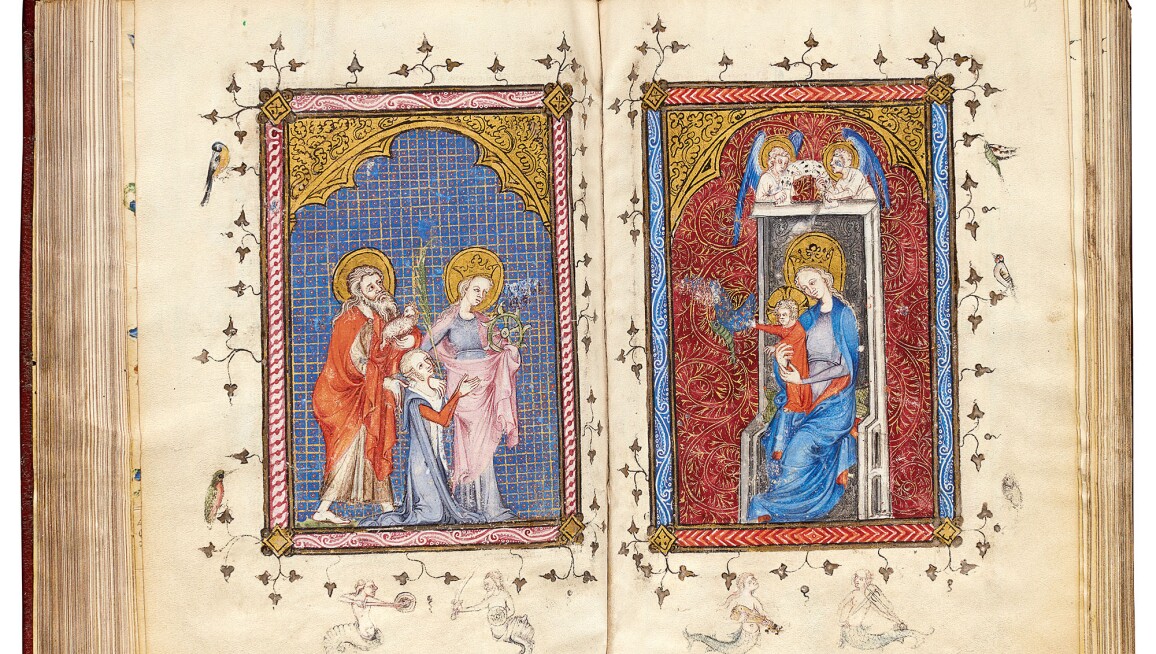 The sale of Medieval and Renaissance Manuscripts and Continental and Russian Books features the Breviary of Marie, Duchess of Bar, daughter of Bonne of Luxembourg and King John II the Good of France, personalised for her with several full-page portraits and her coat of arms. John Chrysostom’s Homilies on the Gospel of Matthew, written in Greek in Constantinople in the late 9th century, presents another highlight. The Continental books section includes numerous incunabula and some fine Italian bindings, together with a leaf from a block book Apocalypse. Click ahead to see more.