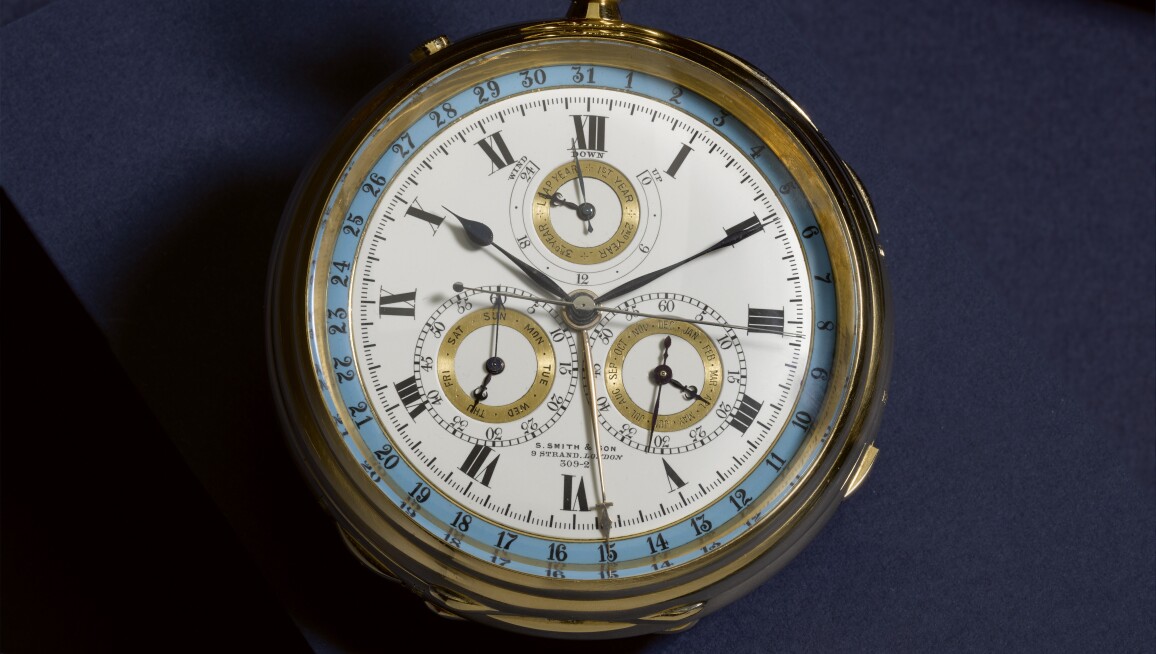 T he selection of timepieces presented here are part of the Masterworks of Time collection of horological masterpieces. For centuries watchmakers strove to develop new mechanisms and skills to elevate the telling of time. As technology progressed, so did design and decoration capabilities.

The early stackfreed watches of the 16th and 17th Century demonstrate the amazing craftsmanship and artistry of these makers at a time when the tools and resources available were very basic. As techniques enhanced so did the decoration of the watch cases with beautiful colourful enamels becoming prevalent in the 18th Century and even more so in the 19th Century.

Makers pushed boundaries to create technological advancements, significantly in the 18th century when the chronometer was developed for use in timekeeping at sea. This innovation continued into the 20th Century, with the creation of more and more complicated timepieces.

George Daniels: Visionary, the first sale in the four-part series from the Masterworks of Time private collection, focuses on the work of a man considered the greatest watchmaker of the 20th century, and features a beautifully curated selection of watches and clocks from the Renaissance through to the 20th century. The sale will take place in London on 2 July with a further seven pieces from the collection offered within the Treasures sale on 3 July.