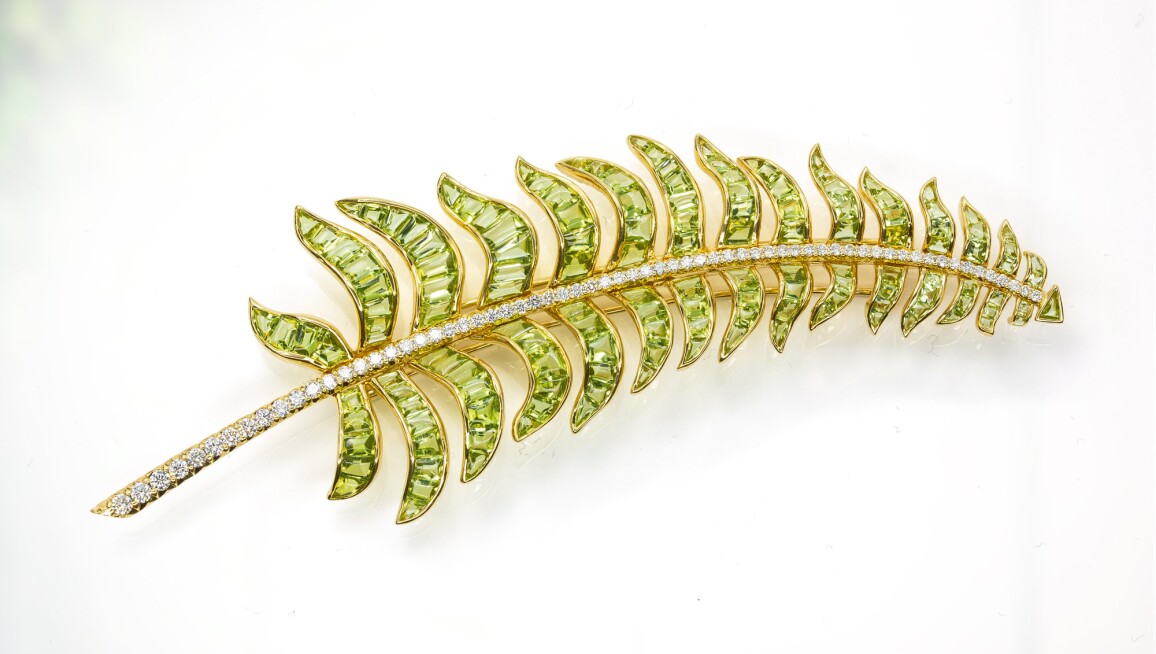 With remarkable clarity and high double refraction, it’s no wonder the Egyptians referred to peridot as the “gem of the sun.” Although they were often mistaken for emeralds, take Cleopatra’s prized, allegedly emerald jewel collection for example, peridots are downright fascinating, even considered extraterrestrial gems. They’ve been found deep in the earth’s mantle, ancient meteorites, comet dust, lava and volcanic rock, a rich source of magnesium and iron, the element behind that distinct yellow-green color. To see some of the most magnificent peridot jewels ever sold at Sotheby’s, as well as five pieces on offer in upcoming sales, click ahead. –Stephanie Sporn