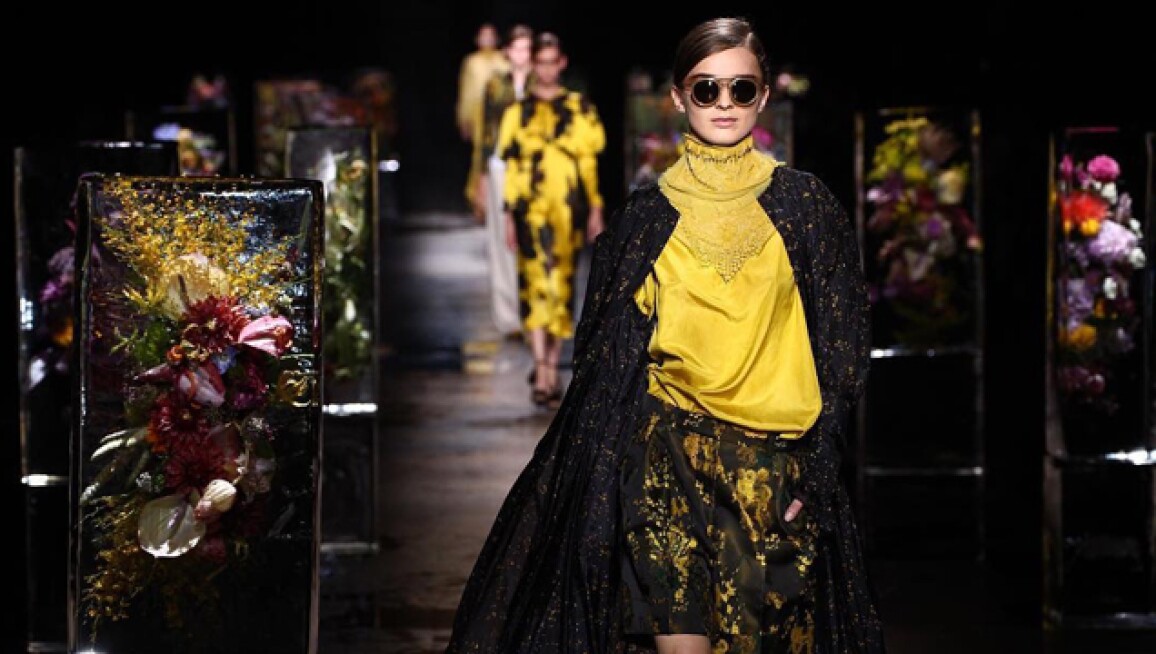 Fashion Week may be unpredictable, but one thing we can always count on is the undeniable influence of art on many designers’ collections. The Spring 2017 Ready-to-Wear shows were chockablock with nods to painting, sculpture and more. Some designers incorporated art into the actual garments – take Céline’s incorporation of Yves Klein Blue and Mary Katrantzou’s psychedelic spin on ancient Greek figures. Others used the runway as a stage for performance art – notably Kenzo, where nude figures posed as human sculptures along the runway. Click ahead to see the brilliant art-inspired looks by nine designers for Spring 2017. –Stephanie Sporn