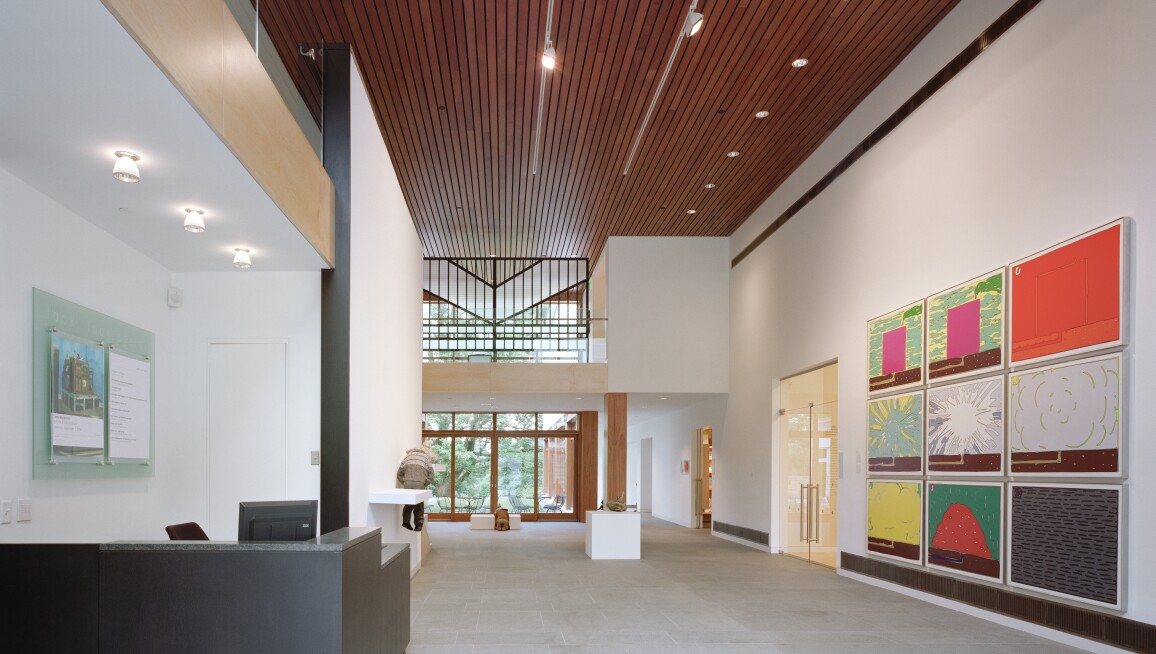 Founded by Larry Aldrich in 1964, The Aldrich Contemporary Art Museum is dedicated to fostering the work of innovative artists whose interpretations of the world around us serve as a platform to encourage creative thinking. The Aldrich is one of the few independent, non-collecting Contemporary art museums in the United States and the only museum in Connecticut devoted to Contemporary art.

Founder Larry Aldrich was a philanthropist, an avid collector of and advocate for Contemporary art. Born in Manhattan in 1906, he made his mark as a successful fashion designer and became a collector with an endless passion for the new and interesting. Beginning with the purchases of works by Renoir and Utrillo in the early 1940s, Mr Aldrich's passion soon moved from Impressionist and Expressionist masters to contemporary art, which eventually captured his complete attention. With his collection of Contemporary works steadily growing, Mr Aldrich decided to open his own museum in Ridgefield, Connecticut, where he also maintained a residence. The eighteenth-century "Old Hundred" building on Ridgefield’s historic Main Street appealed to Mr Aldrich because he envisioned the airy, high-ceiling rooms as ideal to display art, and the extensive backyard as perfect for a year-round sculpture garden.