W e are delighted to present beautifully illustrated works of natural history, rare world maps, extraordinary atlases, and fine colour-plate books. Leading the sale is a complete first edition of the Description de l’Égyte, Napoleon’s monumental work on Egypt (lot 81) and presented in 20 volumes. Another magnificent plate book is a deluxe subscribers’ issue of David Robert’s The Holy Land, Syria, Idumea, Arabia, Egypt & Nubia with the plates finely coloured by hand and bound full red morocco leather (lot 151). The sale also offers an important T.E. Lawrence collection (lots 92-111) with a series of autograph letters, an inscribed 1926 edition of Seven Pillars of Wisdom, together with a robe, and a head-dress believed to have been worn by Lawrence.

Cartographical highlights include a finely hand-coloured Sea Atlas by Doncker (lot 55), a four volume set of The English Pilot (lot 56), a composite atlas circa 1657 (lot 54), a fine 5 volume Latin edition of Blaeu’s Theatrum orbis terrarum (lot 53), which are offered alongside a fine collection of decorative antique and world maps, including a fine example of Al-Idrisi’s world map (lot 59).

One of the earliest albums of travel photographs we have offered is an 1840s album of calotypes by Rev George Bridges taken during a seven year tour around the Mediterranean; the album shows some of the first paper photographs of Italy, Sicily, Athens and Constantinople (modern day Istanbul), (lot 72). Also in the sale are some of the first photographs of Christchurch, New Zealand taken in the 1860s by Alfred Charles Barker (lot 40), which are offered along with early photographs of China (lots 192 and 193) and a large collection of photographs taken during the 1953 British Mount Everest expedition (lots 198 and 199).

Highlights of natural history include Warner’s Orchid Album (lot 28), an original watercolour by Selby of a widgeon (lot 25), Elwes’s Monograph of the genus Lilium (lot 13), and Bennett’s fishes of Ceylon (lot 4). 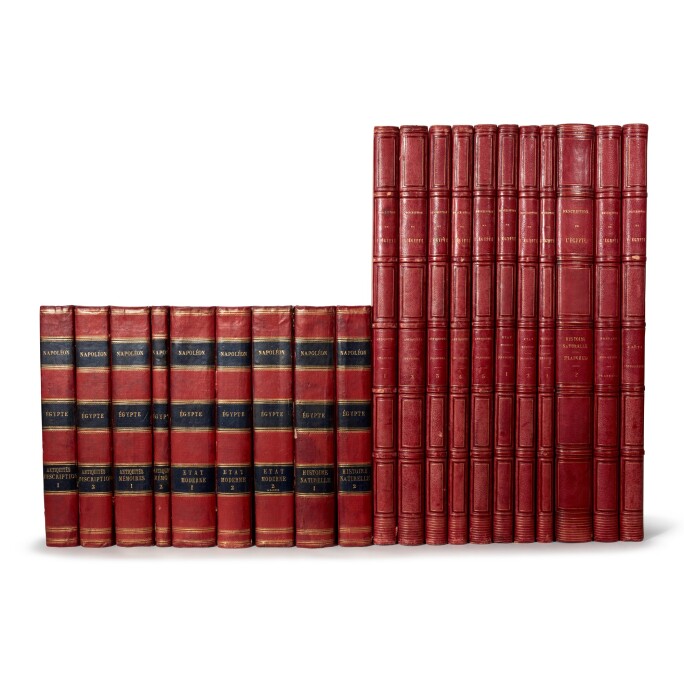 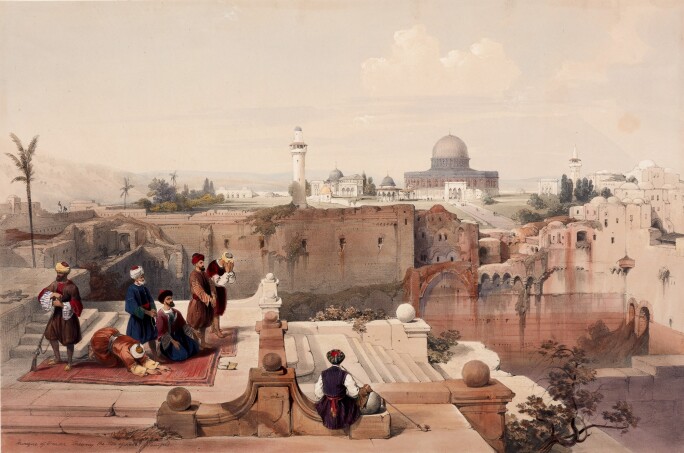 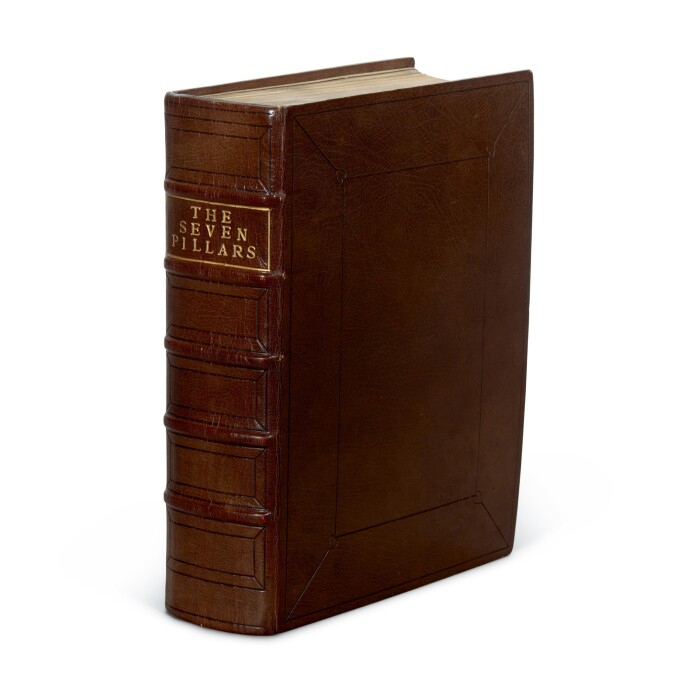 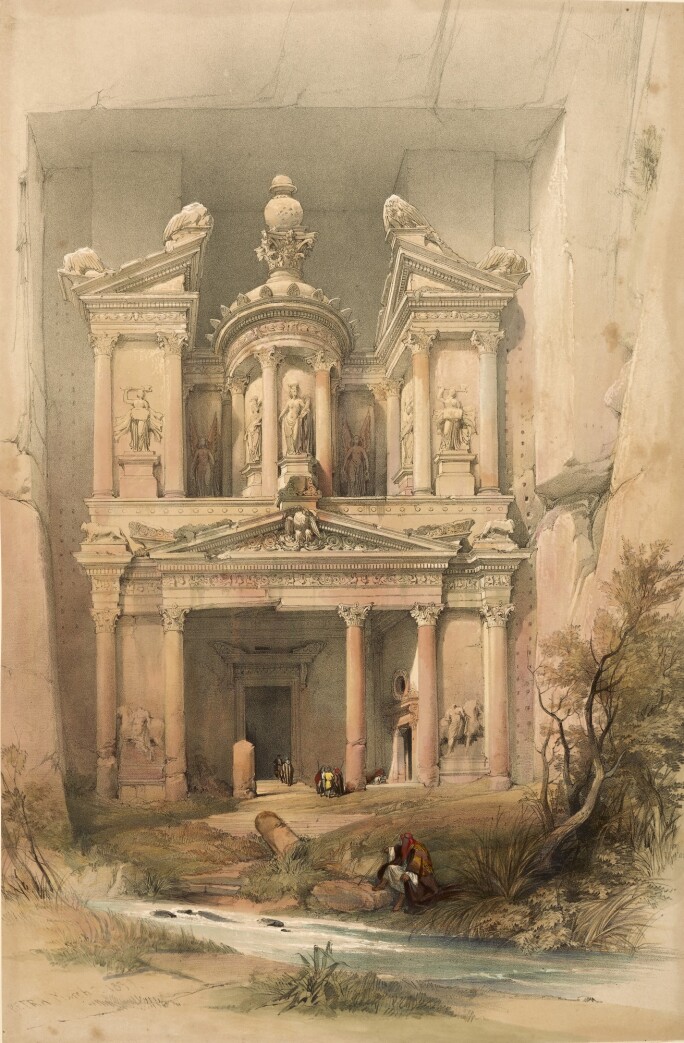 T.E. Lawrence is without question one of the most fascinating figures in 20th century British history and this sale includes a compelling private collection of letters and personal objects that bring to life his romantic and contradictory nature, from a set of robes and a head-dress to deeply personal letters explaining his attempt to escape the legend of ‘Lawrence of Arabia’:

“…the Arab Adventure got rather too black & heavy & the gaiety died out: while the end of it left a nasty taste in my mouth. Hence partly my disgust for my war personality! So please pardon a change of name…”

At the heart of this collection are Lawrence’s letters to B.E. Leeson, a veteran of the air force who had served alongside Lawrence in the Hejaz. The first of these 12 letters dates from January 1919, on the eve of his departure to the Paris Peace Conference, and they continue to April 1934 (a year before his death). Lawrence’s letters to Leeson discuss his ambivalence towards his time in Arabia, his writing of Seven Pillars of Wisdom, and his struggle to cope with his fame. He describes to a fellow airman his simple and ascetic life in the RAF, in contrast to Leeson’s later life of bourgeois comfort, and returns many times to his love of speeding through the country on his Brough motorbike. 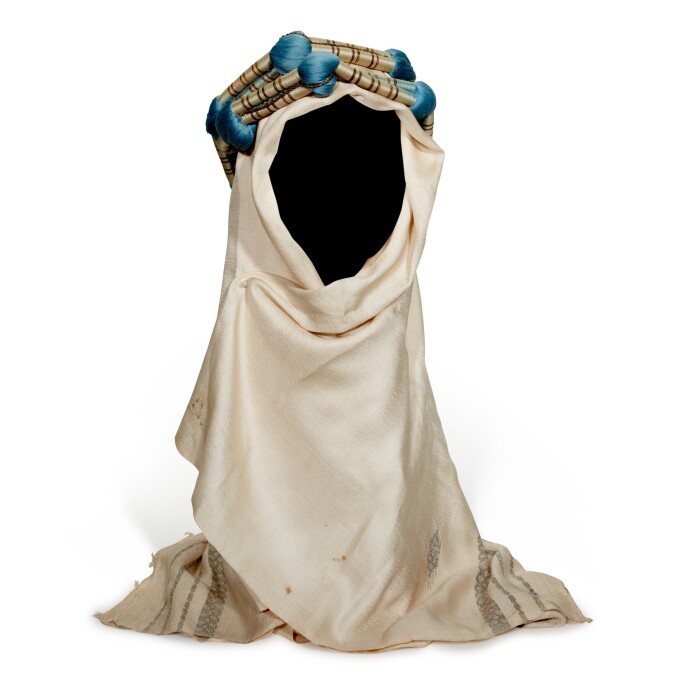 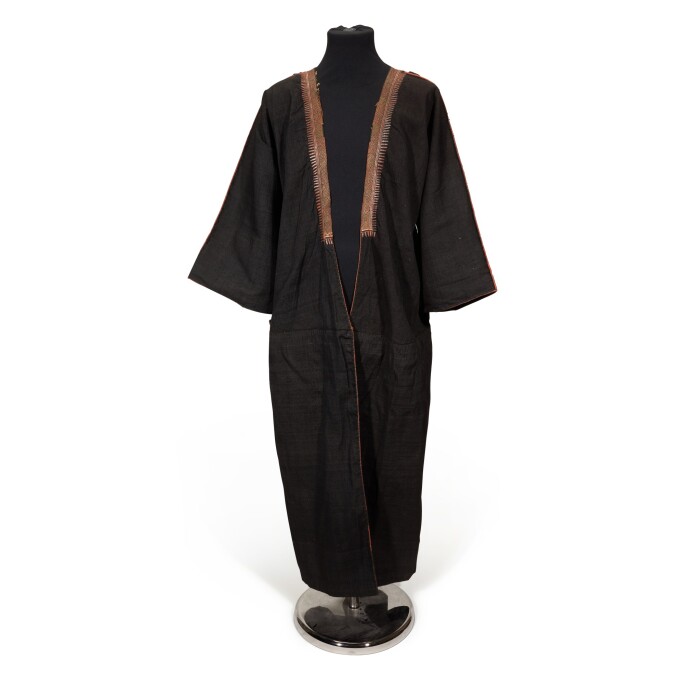 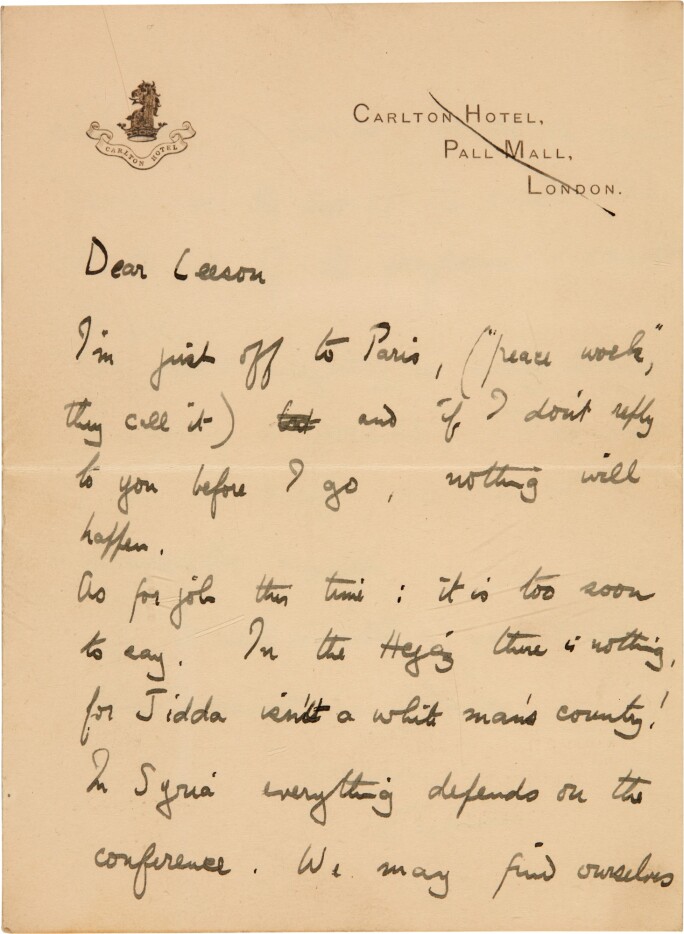 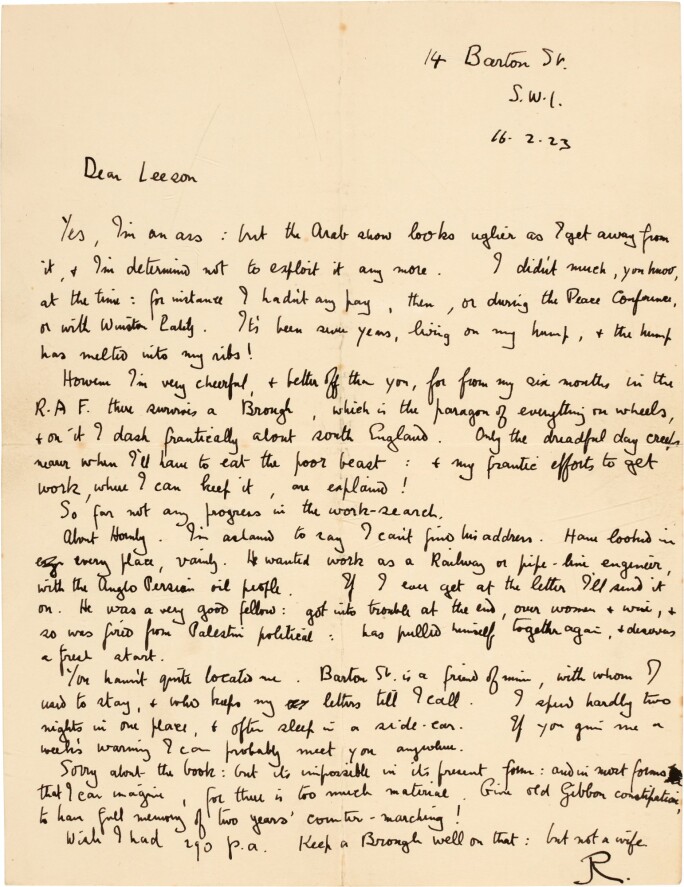 The World in Photographs

This sale includes important early travel photographs, notably of Italy, Greece and Turkey taken in the 1840s by the Rev George Bridegs, and 1860s photographs of Christchurch New Zealand by Dr Charles Alfred Barker. There are also early photographs of China and a large collection of photographs taken on the British Mount Everest expedition of 1953 by Alfred Gregory, many of which are signed by the photographer. 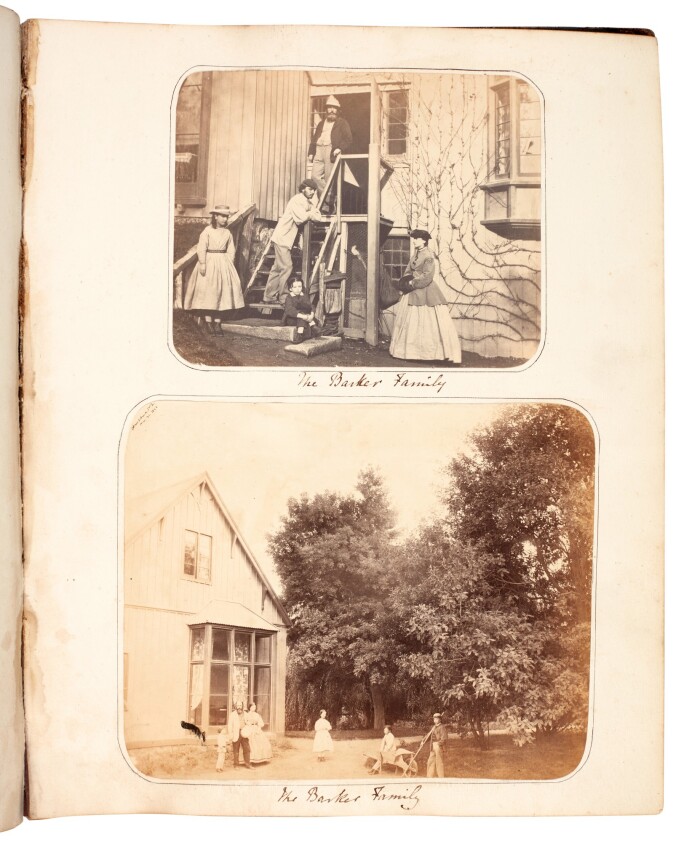 Maps have always been a source of fascination and wonder as successive cartographers have tried to portray the world its countries, islands and oceans. The Al-Idrisi map is unusual to the modern eye in that the map is oriented with south at the top and depicts the world from Spain to Korea. 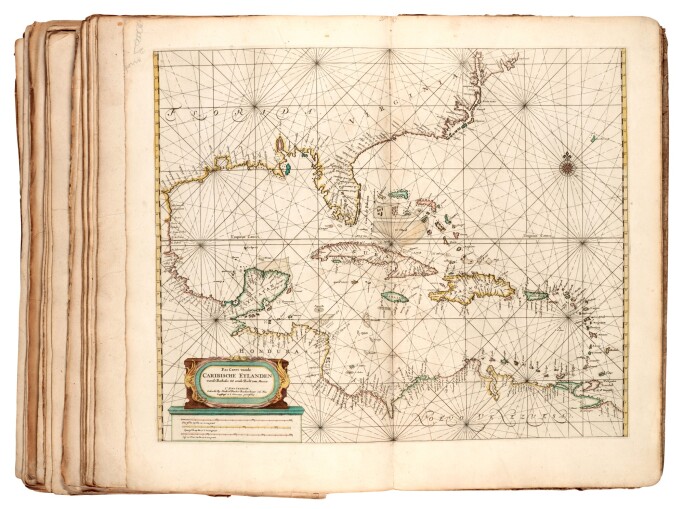 This sale includes a number of fine drawings and watercolours of natural history, costume and travel. 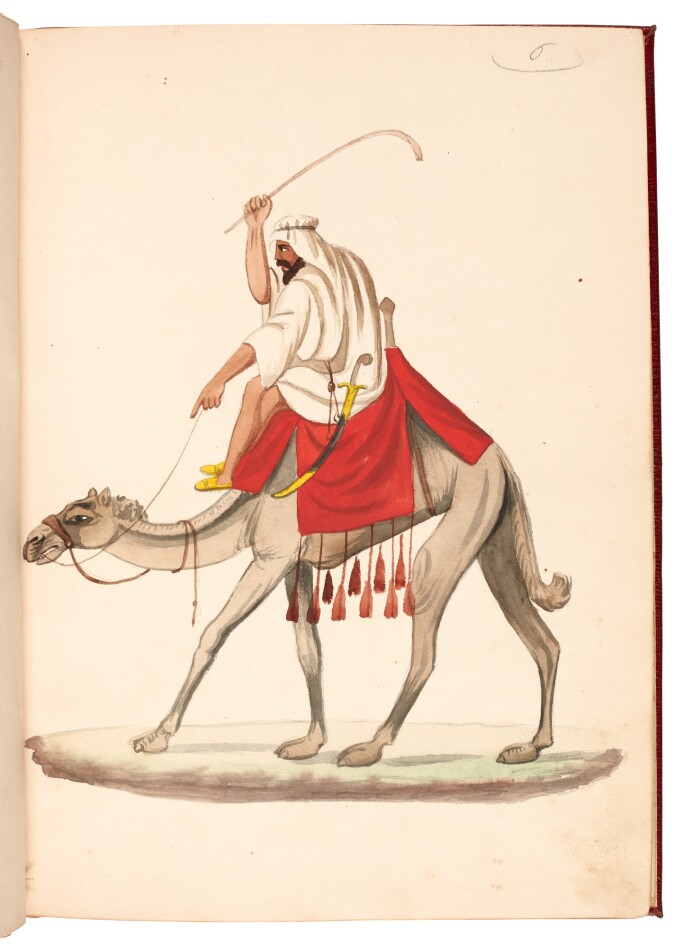 A Pilgrimage to Mecca

This sale offers a fine selection of photographs and prints of Mecca, Medina and the Hajj. There are images of Mecca with prayers around the Kabah, the Jannat al-Mu'alla, the Mahmal with pilgrims, pilgrims' tents at Arafat, the Ak-Khayf mosque at Mina, and views of the city of Medina and the Prophet's mosque. Also offered is a photograph by Abd al-Ghaffar, the earliest known photographer from Mecca and the first resident to photograph the holy city. 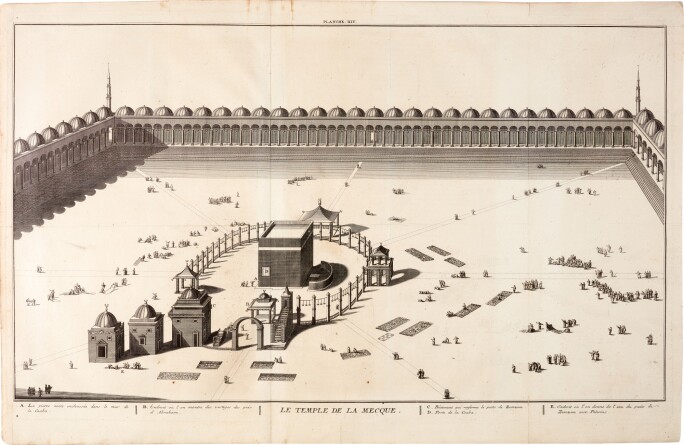 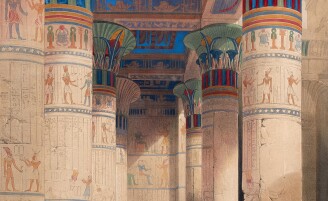