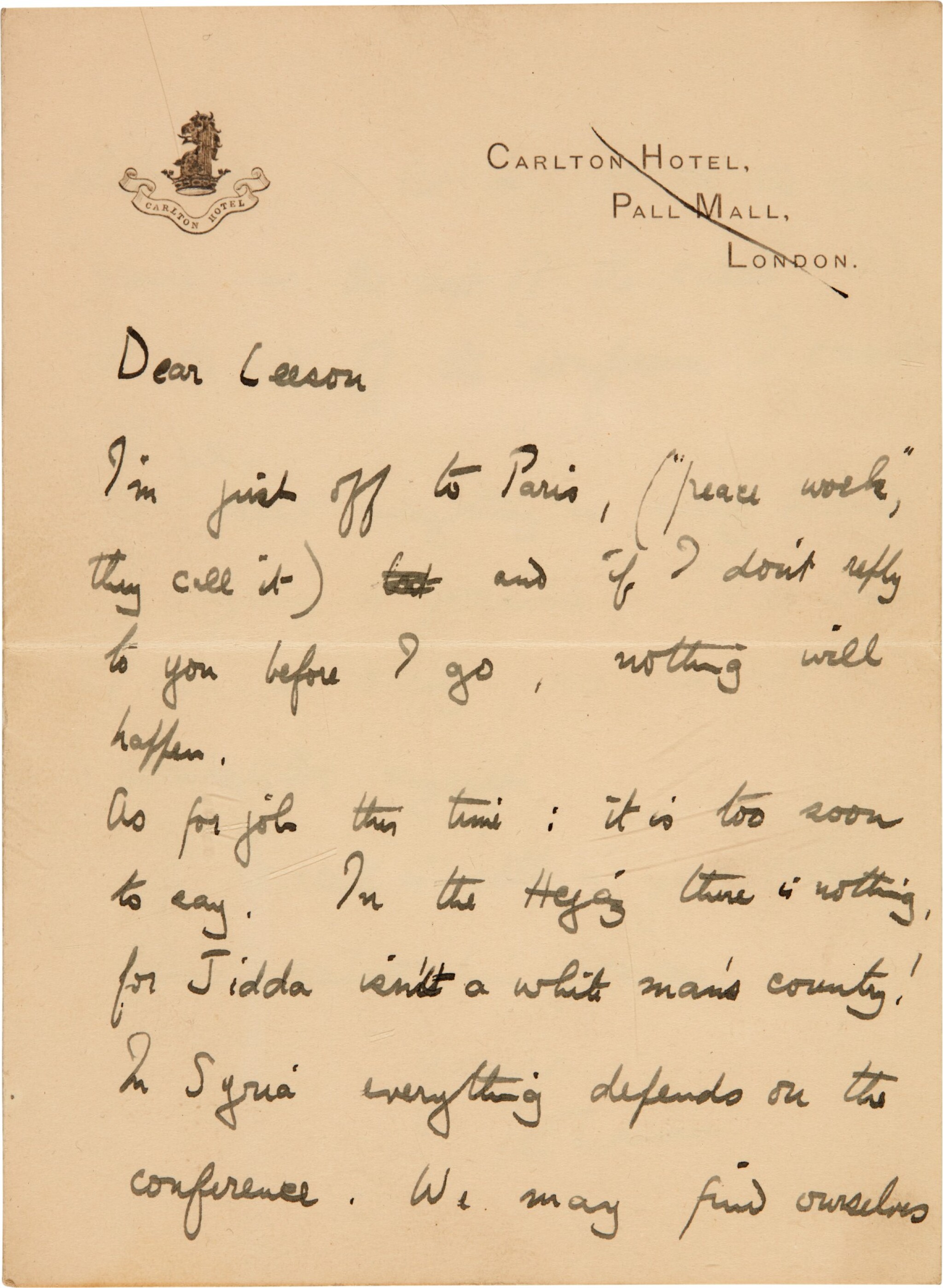 written just prior to his departure for the Paris Peace Conference ("...I'm just off to Paris ('peace work', they call it)..."), and discussing future opportunities in the Middle East, also mentioning their fellow veteran Captain Goslett, 2 pages, text on rectos only, 8vo, headed stationery of the Carlton Hotel, London (crossed through), [8 January 1919], with autograph envelope postmarked 9 January 1919

"...In the Hejaz there is nothing for Jidda isn't a white man's country! In Syria everything depends on the conference. We may find ourselves shut out, or let in, or on the same ground as the rest of the earth. And till the end of the conference I cannot tell you. At present everything is evenly balanced..."

LAWRENCE ON THE EVE OF THE PARIS PEACE CONFERENCE, ON FUTURE OPPORTUNITIES IN THE ARAB WORLD.

B.E. Leeson was a veteran of the Arab Revolt. He had joined 14 Squadron of the RFC in January 1917 as an Observer with the rank of Lieutenant. The squadron was then providing aerial support to Arab and British forces from Rabigh, north of Mecca in the Hejaz, and later from Wejh. Leeson's personal connection with Lawrence came in late April, when the two men had been part of a small group who spent a week exploring a remote valley, Wadi Hamdh, to recover a crashed B.E.2c biplane. The temperature was 118° in the shade, the country was waterless, and their car constantly had to be cut free of thick dry brushwood. Leeson was subsequently invalided out of Arabia. In 1919 he was serving in Egypt in 113 Squadron of the RAF.