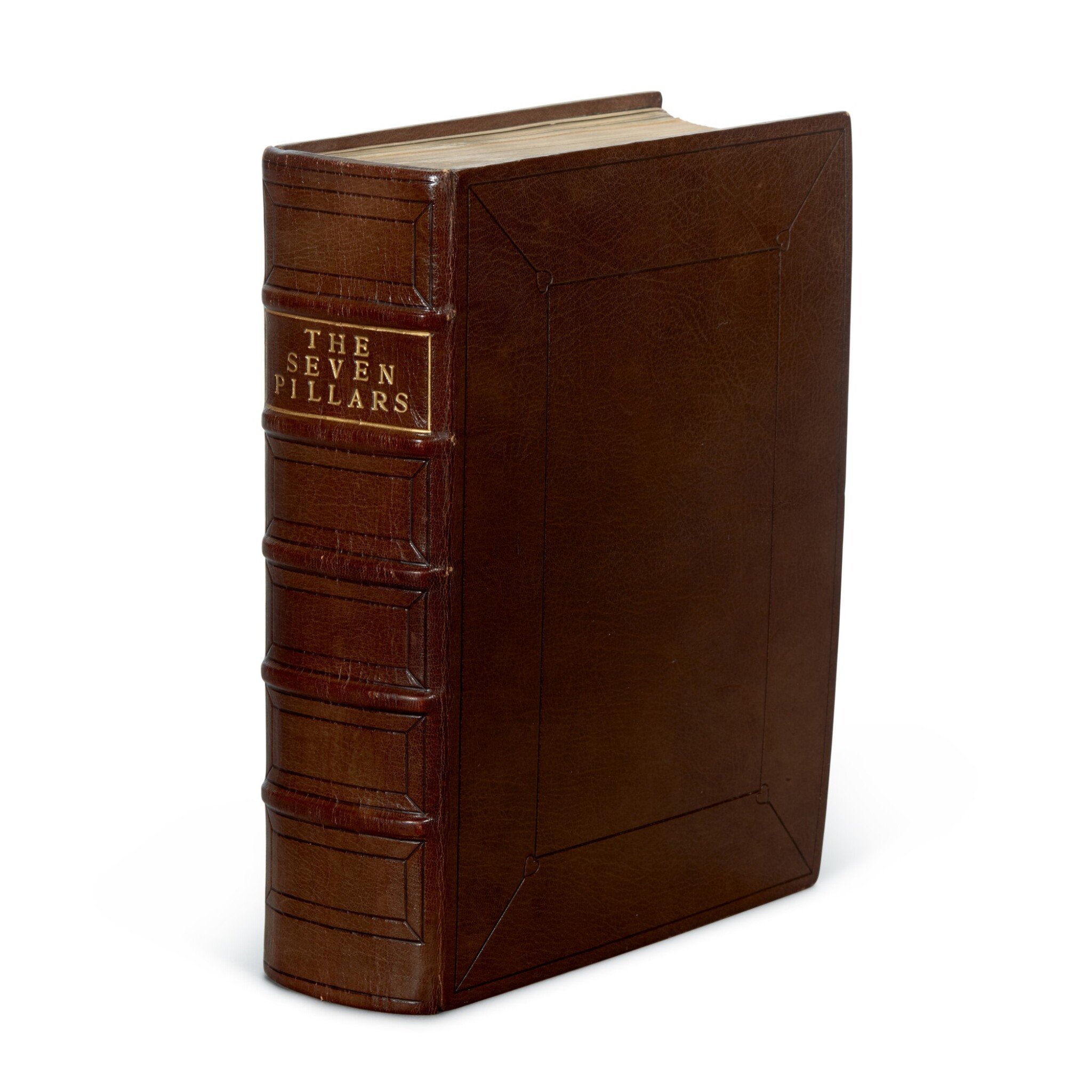 Seven Pillars of Wisdom. A Triumph. [London: no publisher, 1926]

A FINE COPY OF LAWRENCE’S MASTERPIECE. His inscription on p.xix reads “Complete copy, I.XII.26 TES”. There is a manuscript correction by him on the same page. As usual, this copy does not include the two Paul Nash illustrations called for on pp.92 and 208, but does include the “Prickly Pear” plate not called for by the list of illustrations. In this copy, page xv is mis-numbered viii.