I ntroduced to China in the late Ming to early Qing dynasty, snuff bottles captivated the attention of the upper classes, who were riveted by their intricate designs and functionality. Masterfully created by master craftsmen using a range of precious materials, such as jade and jadeite, agate, amber, porcelain, lacquer, and overlay glass, these delicate miniatures ingeniously encapsulated the deep-rooted artistic development throughout Chinese history.

Renowned for his keen passion for Chinese antiquities, the master of the Jimeng Shanfang has travelled the world and indefatigably searched for treasures for over 70 years. As an avid collector, he possesses a rich array of masterpieces, ranging from ceramics to paintings, and from jades to traditional scholarly accessories. The current auction presents a fine collection of 41 lots of magnificent snuff bottles, most of which are made of overlay glass, and have been exhibited at the Suzhou Museum.

An overlay glass snuff bottle comprises two or more colours. The workmanship entailed can be classified into two sorts, one of which begins with applying different layers of coloured glass above the main glass body, then skillfully carving through to create motifs and figures, whereas the other technique requires applying half-melted liquid glass directly from the rod to wind and delineate ornaments on the vessel-body. The famous Qing scholar Zhao Zhiqian, in his Yonglu Xianjie [Researches in Spare Time into the Realm of Yonglu, God of the Nose], praised “overlay glass comes in red and blue…from two, three, four, to five or even more superimposing layers of colours, exquisitely cast and formed. Designs from the Kangxi reign emerged so elegantly yet effortlessly, like objects of marvel. The composition became more elaborate over the Qianlong period, during which skilful craftsmen meticulously carved with their nimble fingers, decorating the vessels with auspicious creatures such as dragons, phoenixes, and chi [hornless dragons], as well as other common animals, such as geese and fish, against a flowery meadow and flowing river.” As per this account, the production of overlay glass snuff bottles originated in the Kangxi period, yet none of those have been discovered that one must conjecture and imagine from Zhao’s vivid description, in which designs from the Yongzheng and Qianlong periods are also recorded. The popularity of snuff bottles peaked during the Qianlong period, during which the practice of snuff-taking extended from the elite to the peasantry, giving rise to more contemporary designs from small folk workshops, and later becoming a unique genre in ancient Chinese works of art. 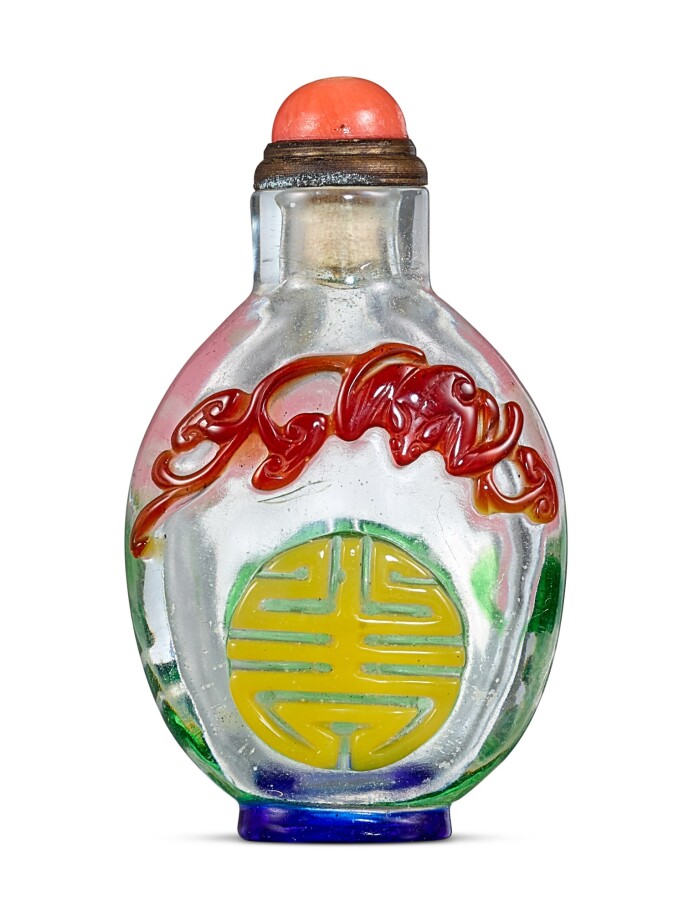 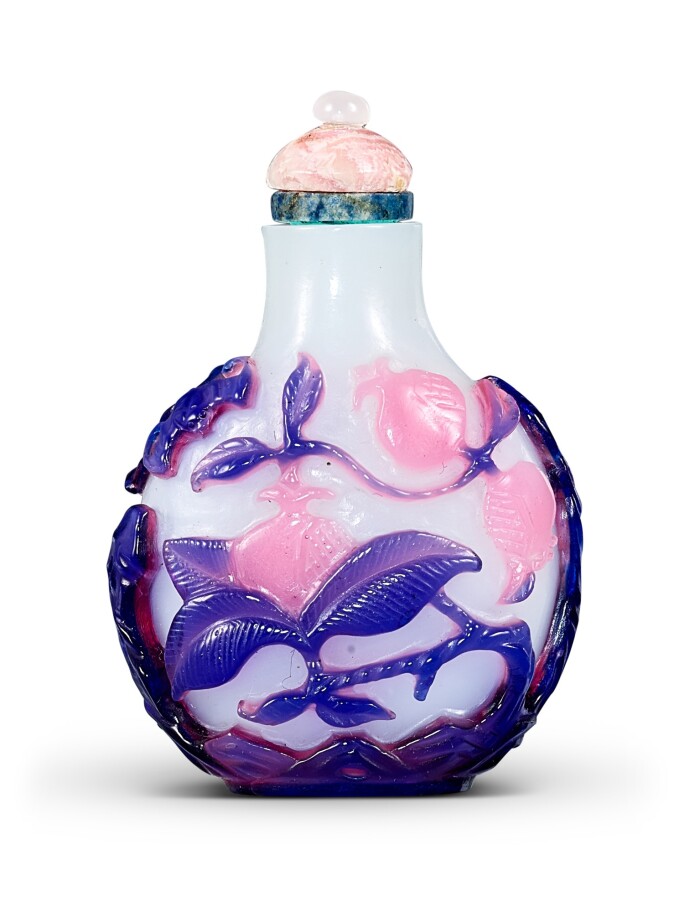 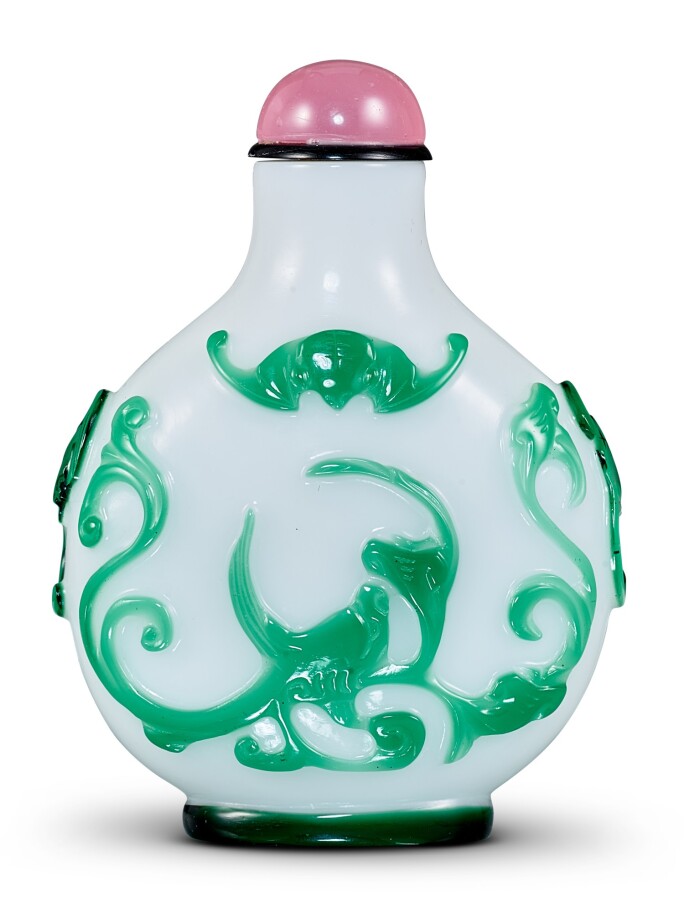 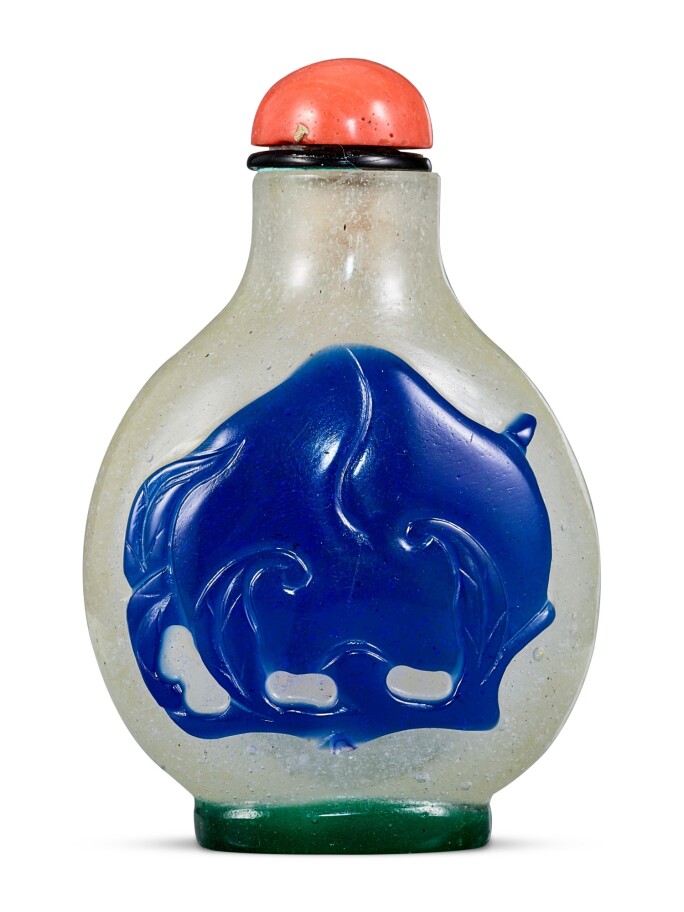 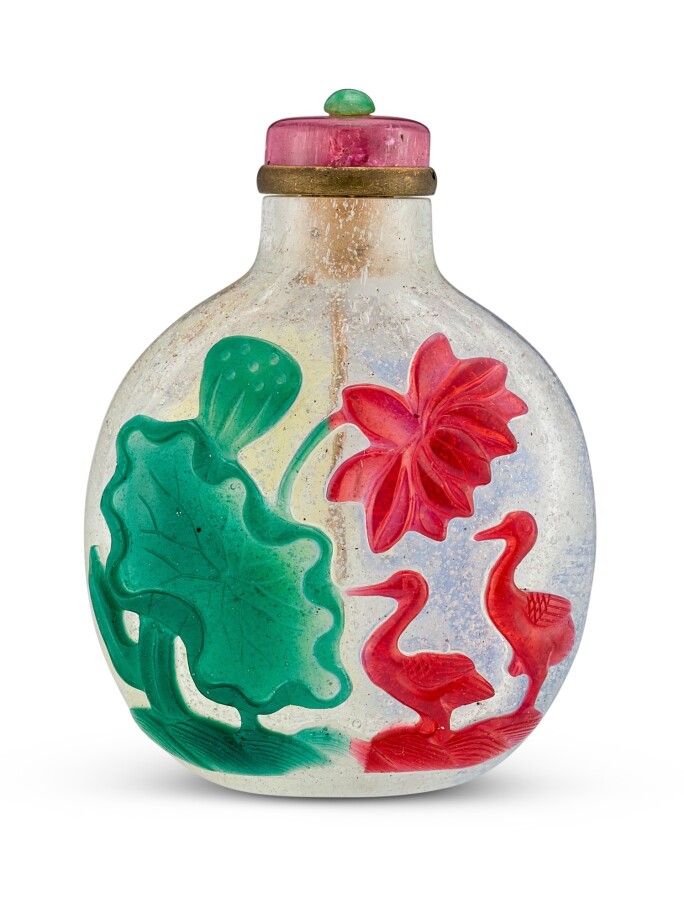 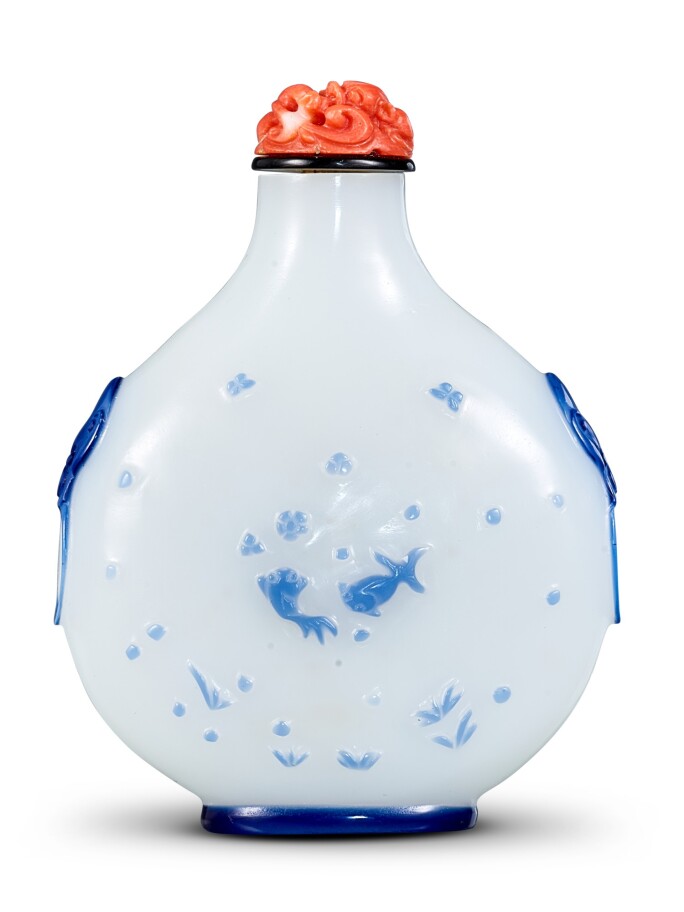 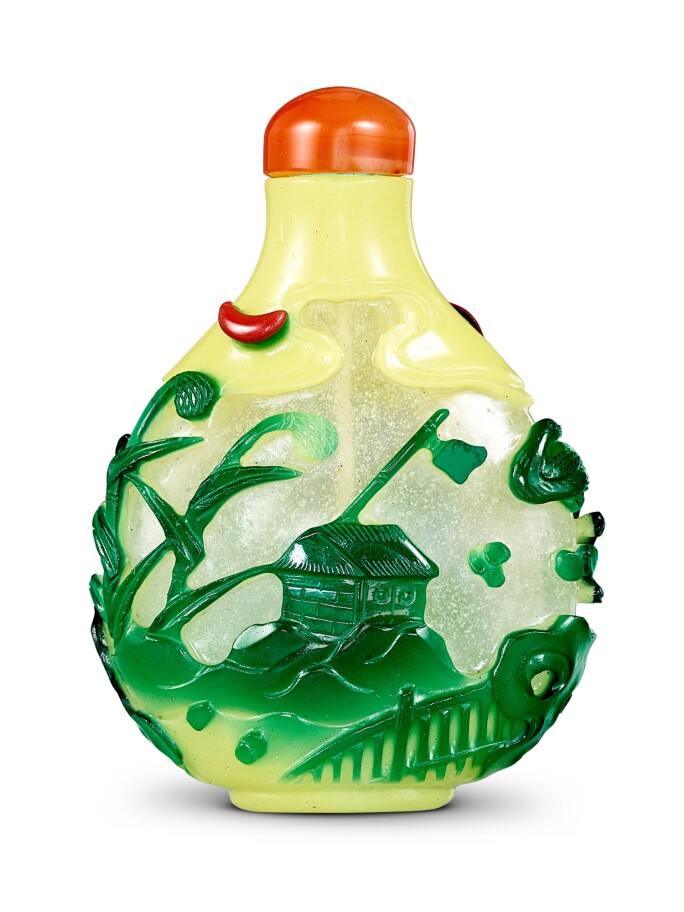 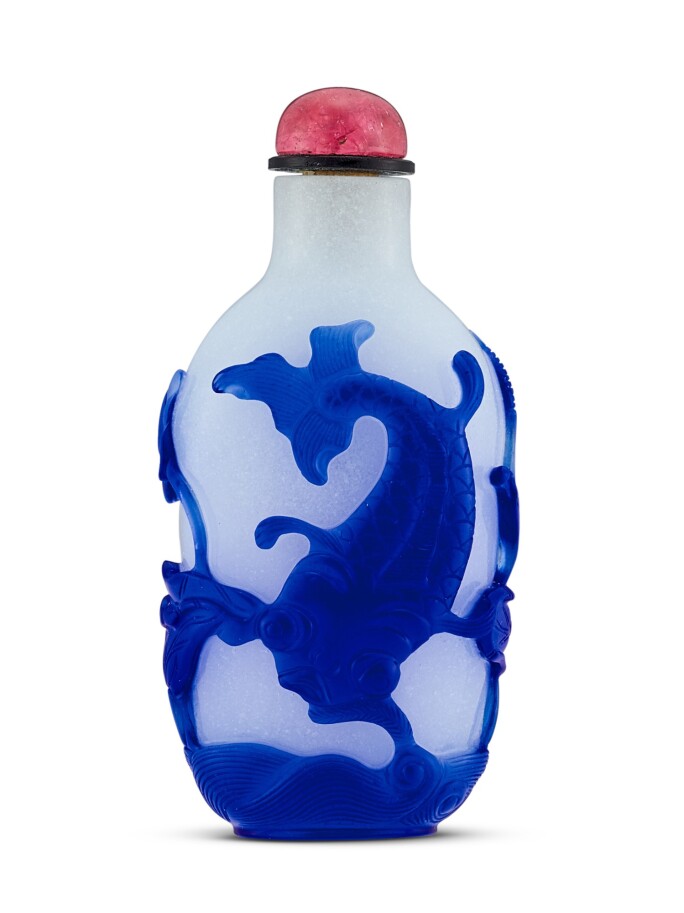 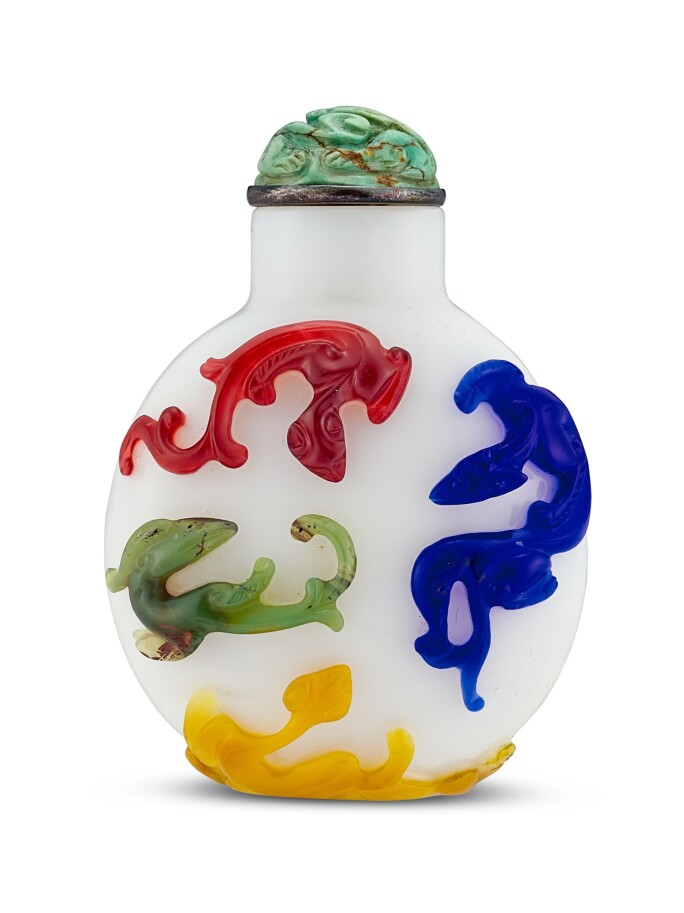 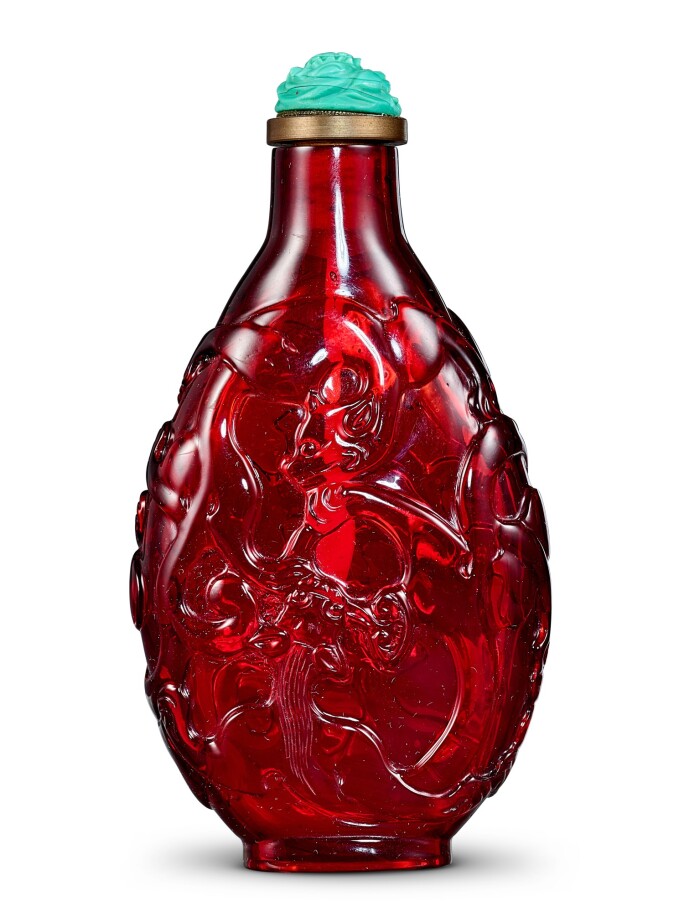 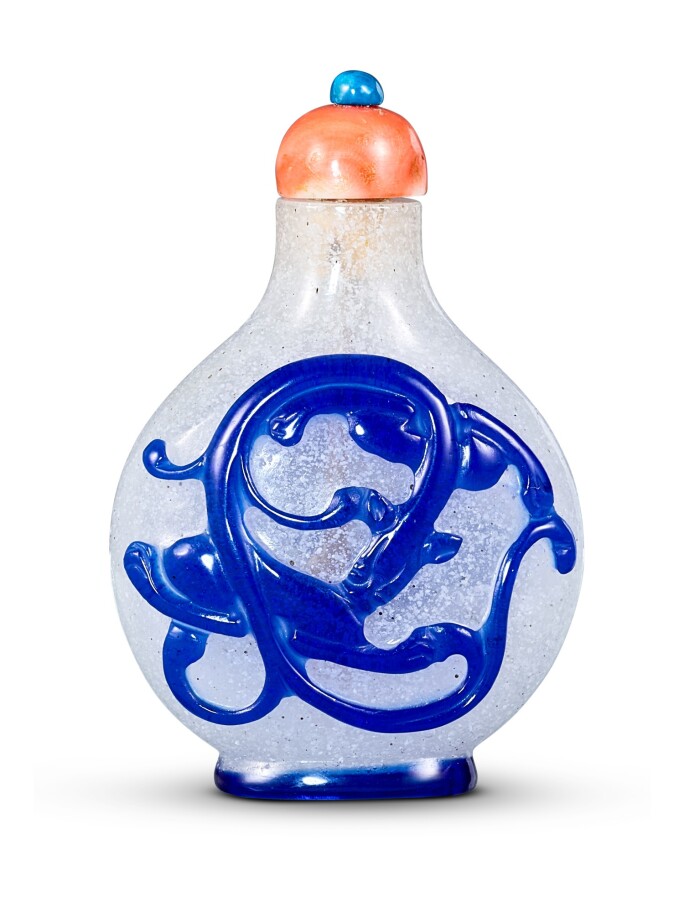 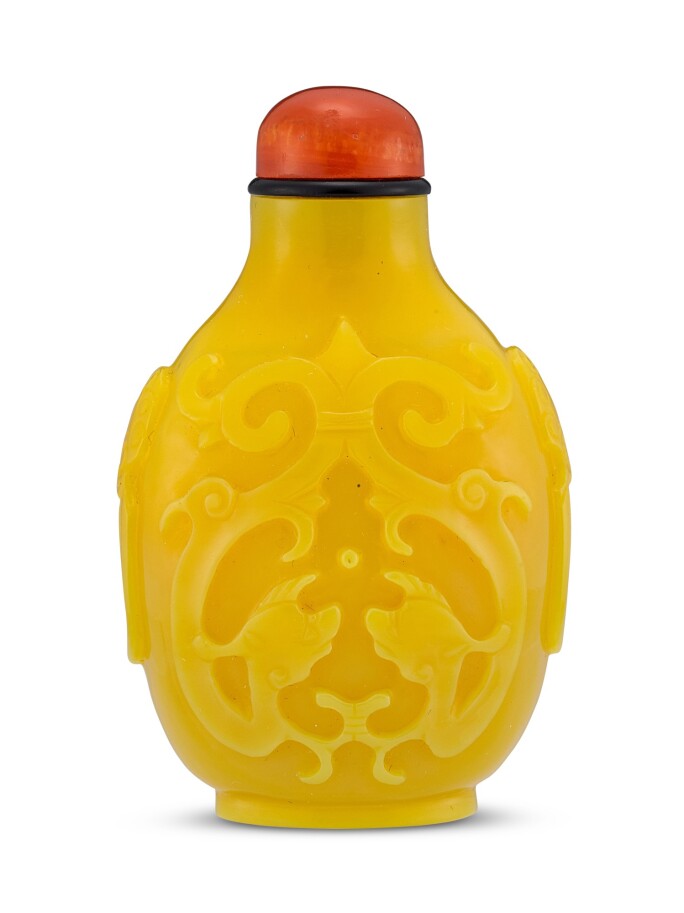 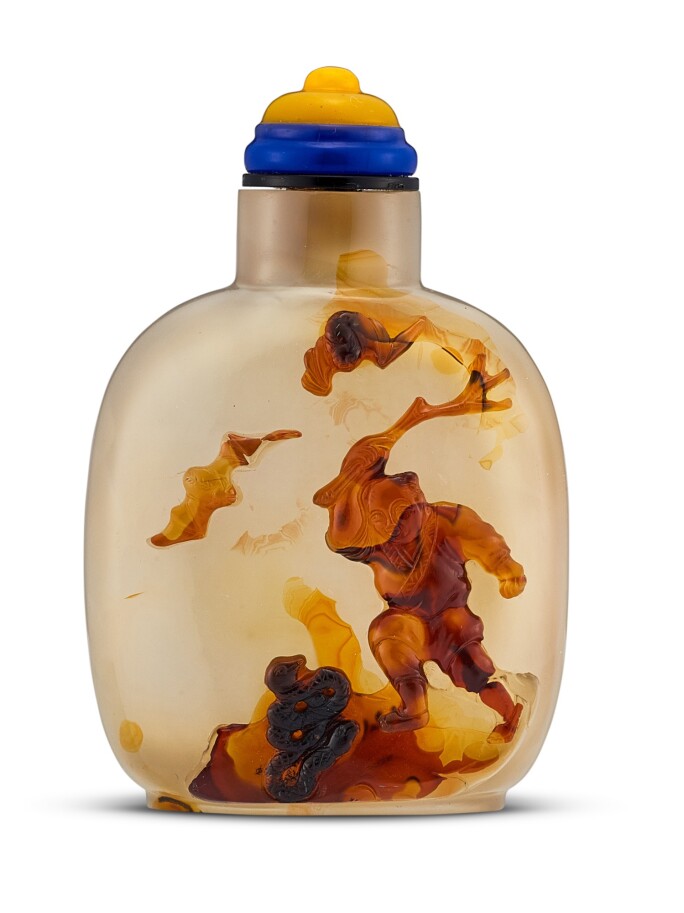 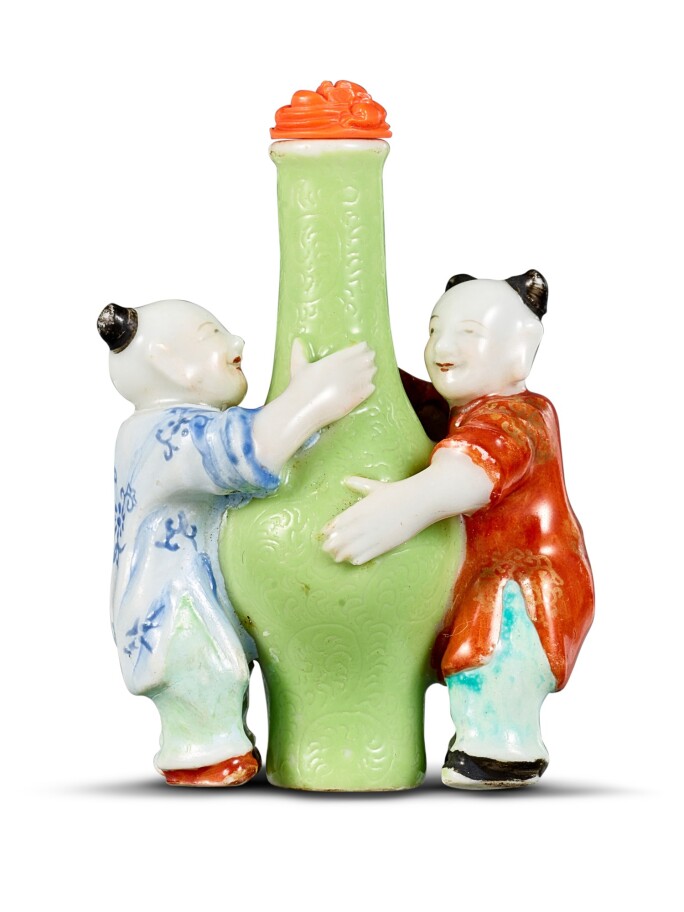 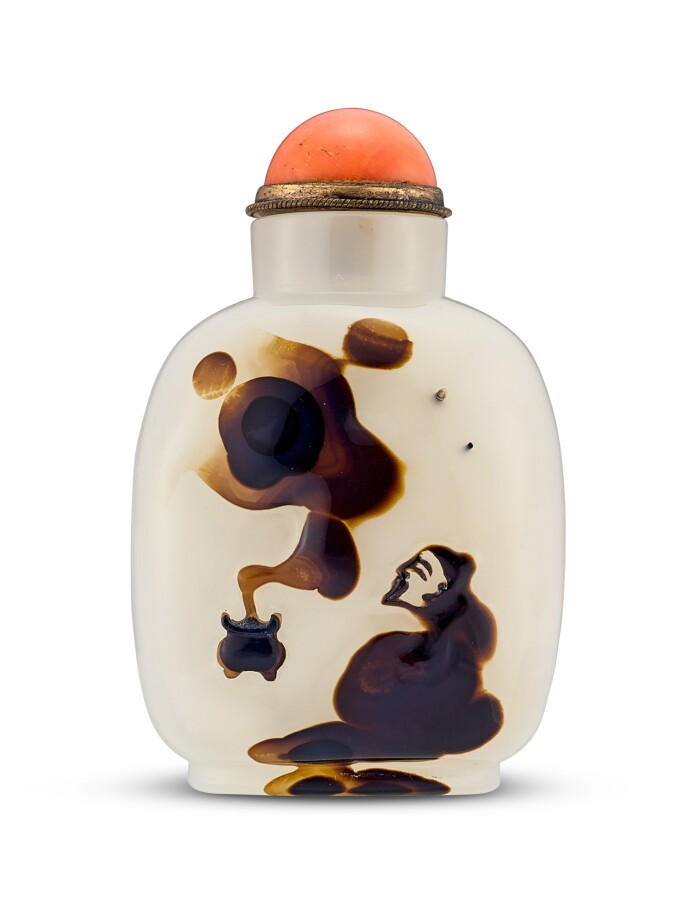 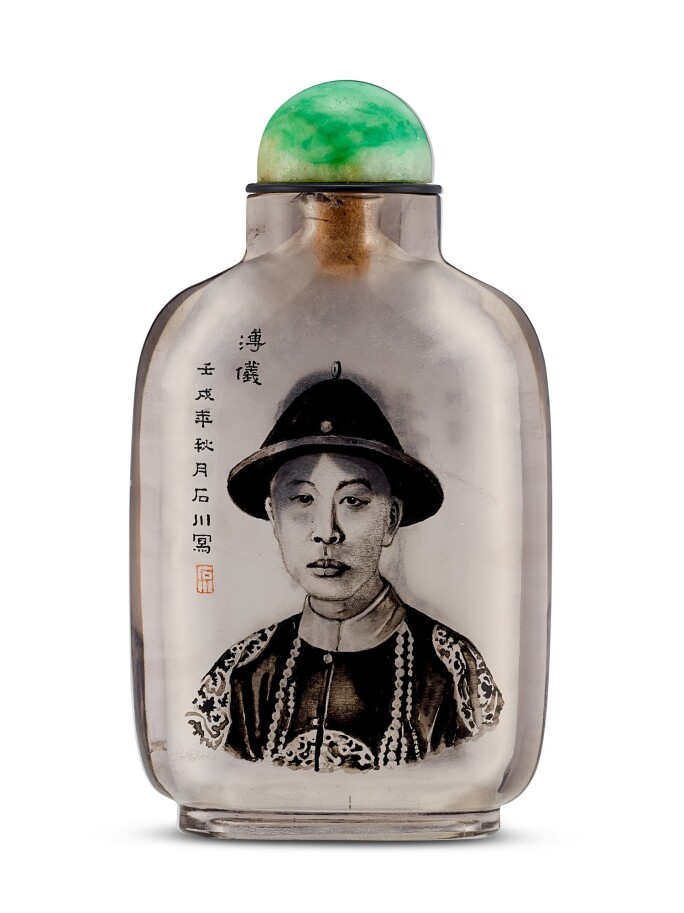 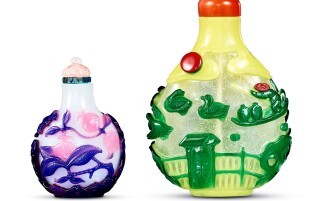