After an unbelievable NBA Rookie of the Year season, Michael Jordan – in late August of 1985 – traveled to Trieste Italy for an exhibition game sponsored by Nike. Michael played in Liga A for Stefanel Trieste, and donned this incredible and custom No. 23 orange-and-black Stefanel Trieste jersey.

The game is best remembered as the “Shattered Backboard” game, as the most memorable part of Jordan’s 30 point performance came when Michael – almost flying towards the net – dunked the ball with so much power and force that the entire backboard erupted, spraying shards of glass all over the court.

The moment has inspired some of Nike’s most popular Air Jordan 1 releases and is one of the brand’s most coveted colorways.

The MeiGray Group (“MGG”) in association with Sotheby’s went through extraordinary lengths to authenticate the jersey which has provenance from Carlo Stefanel. MeiGray explained, “MeiGray’s authentication process began when the jersey arrived in our office and we were able to compare photographs from during and after the game to the actual jersey. MGG compared the alignment of the crest, number, colored piping, team name and advertising patch on the front of the jersey. Not only did the alignment match exactly, but the imprecise positioning of the crest that was evident in today’s examination matched the photos of Mr. Jordan from 35 years ago. We believe this misalignment created a large puffy crease on the logo. This crease was also evident in today’s examination… and in photos from the event.”

The coding on the inside of the shoes states "850102 TYPS.” 850102 refers to the date of production. These shoes were made in 1985 between the months of January (01) and February (02). TYPS stands for “Tong Yang Player Sample” and means that the shoes are ‘Player Samples,’ produced from the 'Tong Yang' factory.

Deadstock and in the Box 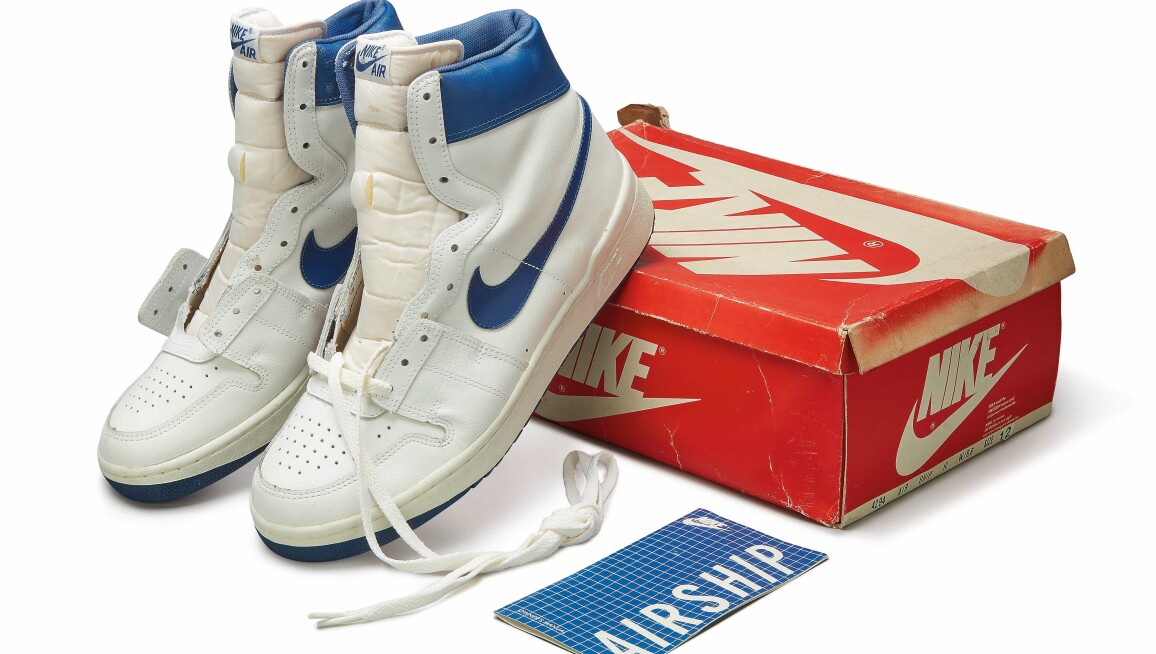 In 1984, Michael Jordan’s black and red shoes (Air Ships) became controversial after the NBA sent a letter to Nike in February of 1985 informing the company that Jordan’s colorful shoes were a violation of the league’s uniformity of uniform clause. Nike responded by creating an ad campaign around Jordan’s ‘banned’ shoes (during which they advertised Air Jordans instead), remarking that while “the NBA threw them out of the game, fortunately, the NBA can’t stop you from wearing them.”