From Here and There: Works by Zadok Ben David
3 September–31 January 2021, Tel Aviv


The works on display in the exhibition From Here and There by Zadok Ben-David art part of the artist’s grand body of work People I Saw but Never Met which to date includes more than 6,000 chemically acid-etched stainless steel miniature figures and 200 large hand-cut aluminum figures. It features figures of people seen over the past 6 years by the artist throughout his travels across the globe, however without personally meeting them. These people, seen in the UK, Australia, USA, Antarctica, Asia and Europe, sparked a sense of curiosity within the artist, who took a photograph of them from a distance. After photographing them he then created pencil drawings of the figures, later using the drawings to create a miniature from stainless steel, with photo etching process. In addition, he hand-cut large figure from aluminum. 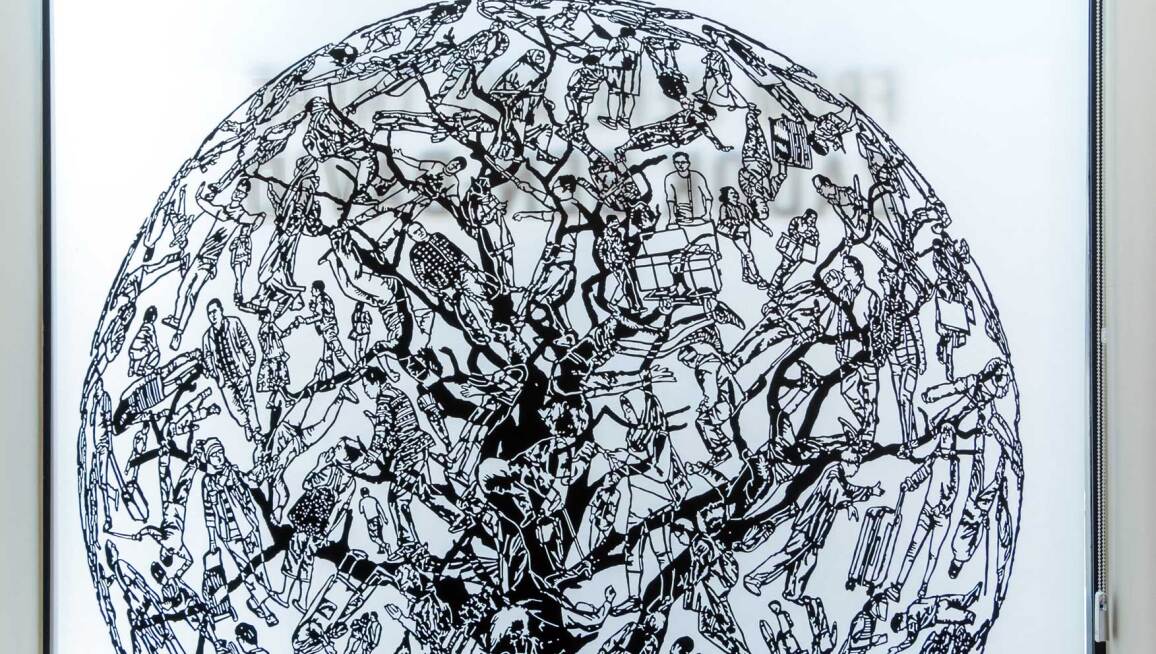