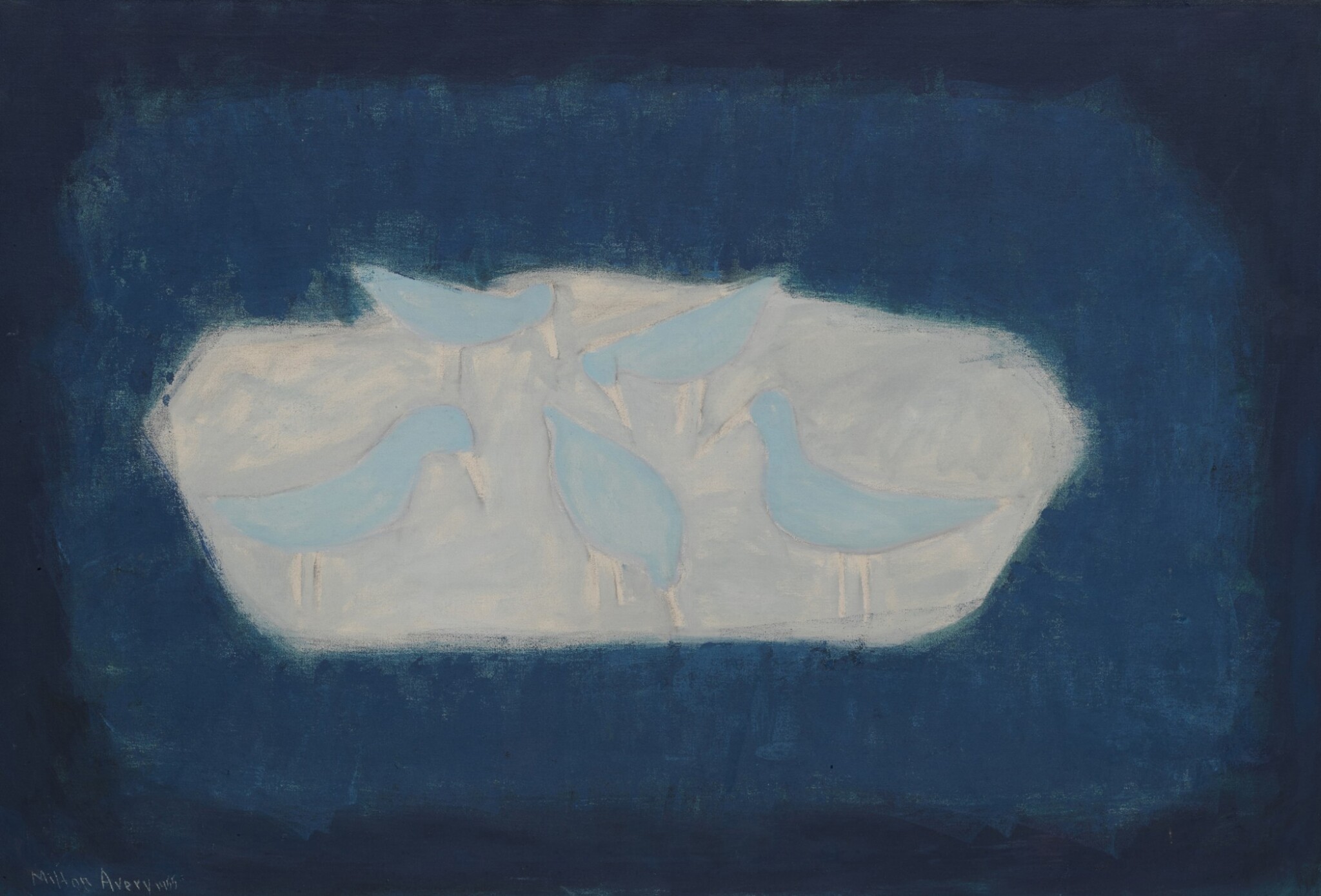 This lot is accompanied by a letter of opinion from the Milton and Sally Avery Arts Foundation.

The canvas is unlined and there is frame abrasion along the extreme edges. There are visible stretcher bar marks across the top and bottom edges. There are scattered areas of cracking. There is a possible spot of surface accretion in the lower right corner. Under UV: There is no apparent inpainting.

The sea always held a particular place of importance for Milton Avery. Though the works he created throughout his long and productive career always remained rooted in the representational world, those he painted during the late 1950s and early 1960s constitute his most abstract conception of seascape motifs. During the summers he spent in Provincetown, Massachusetts, Avery was often moved by the broad expanses of sea, sand and sky he encountered there. It was during this period that the artist developed the minimal and reductive qualities that most clearly demonstrate the influence he had on Post War painters such as Mark Rothko and Adolph Gottlieb, both of whom he befriended in New York in the late 1920s when all three artists were exhibiting at the Opportunity Gallery on 56th Street. Avery returned to Provincetown each summer between 1957 and 1960 and reunited with Rothko and Gottlieb. The summers at Provincetown provided an especially close period of working proximity, thus it is not surprising that the paintings he produced in this period share striking similarities in both aesthetic and intent with the works of this younger generation. Both Rothko and Gottlieb spoke explicitly of their admiration for Avery’s singular vision and the role he played in shaping their nascent aesthetics, particularly his understanding of color and its immense, multi-sensory power.

Avery’s inclusion of the gulls in the present work attests to his lifelong commitment to engaging with representational subject matter. Yet the composition of Blue Gulls-Blue Sea is strikingly simplified. Indeed, in works like Blue Gulls-Blue Sea, we see an artist leaving the realm of pure representation and thus compelling his viewer to consider form, surface, texture, and color above subject. Like the most successful works from Avery’s mature period, Blue Gulls-Blue Sea foreshadows the work of Post-War painters like Rothko and Gottlieb, who would go onto push his innovative ideas fully into the non-objective realm.