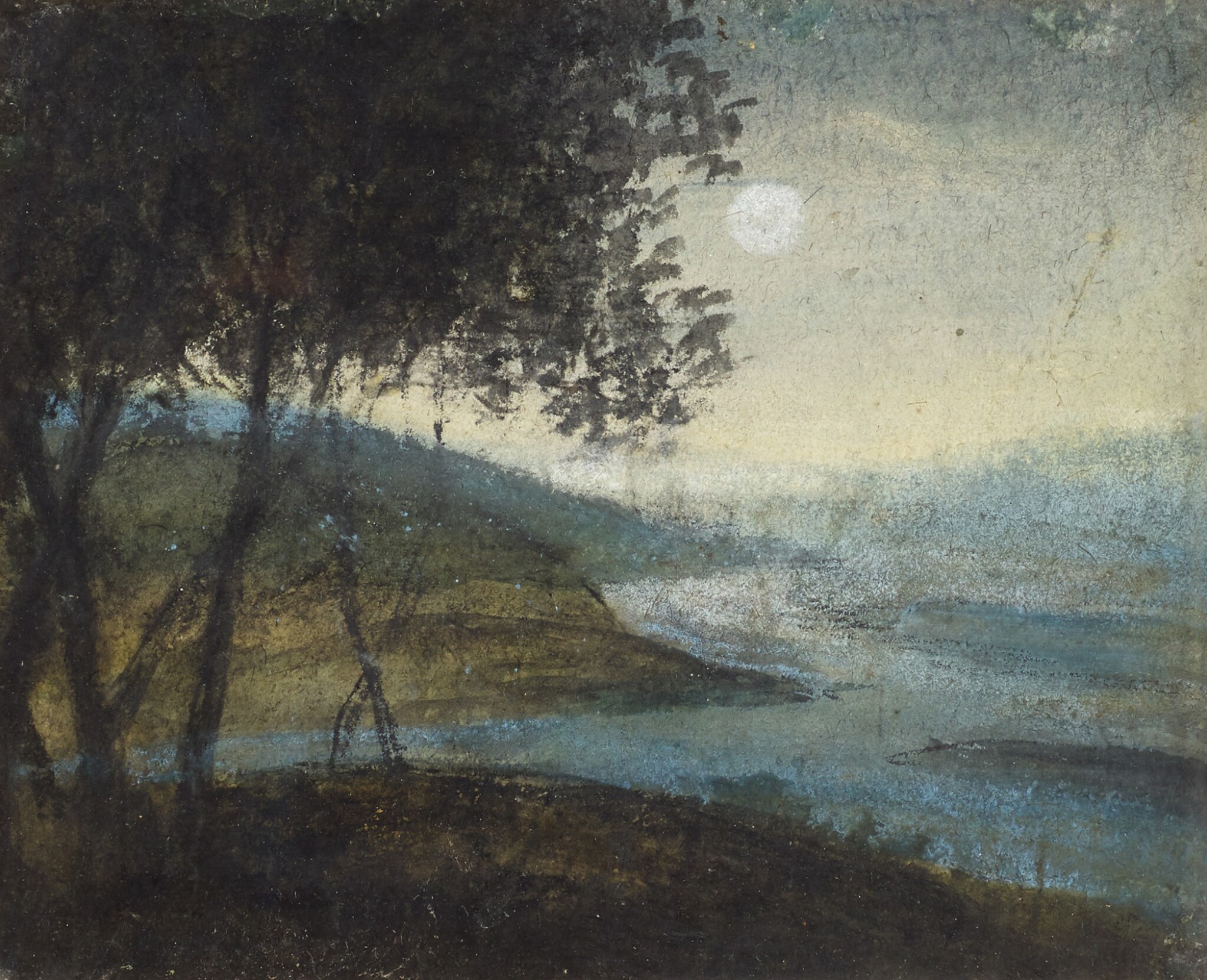 Recto: A landscape with two figures in the foreground

Verso: A riverscape with trees in the foreground

Window mounted to a modern decorative mount. There is water staining to the upper edge and some buckling to the sheet. There is evidence of minor surface dirt and some rubbing/abrasions to the surface, both recto and verso. There is an old repair to the lower right corner. Sold in a decorative frame.

This rare, double-sided sheet is one of the most lyrical and atmospheric of the small group of landscape drawings in which Waterloo employed an astonishingly individual technique, combining chalk, watercolour, gouache and in some cases also charcoal soaked in linseed oil, to create an extremely original effect. No records survive to suggest that the artist served a traditional apprenticeship, suggesting that he might have been self-taught; if true, this may partly explain his unusual, highly personal technique.

Amongst the best of Waterloo's other known drawings of this type are the two sheets formerly in the collection of the British Rail Pension Fund,1 the Landscape with a Bridge, in the Fitzwilliam Museum, Cambridge,2 and another exhibited at Colnaghi in 1960.