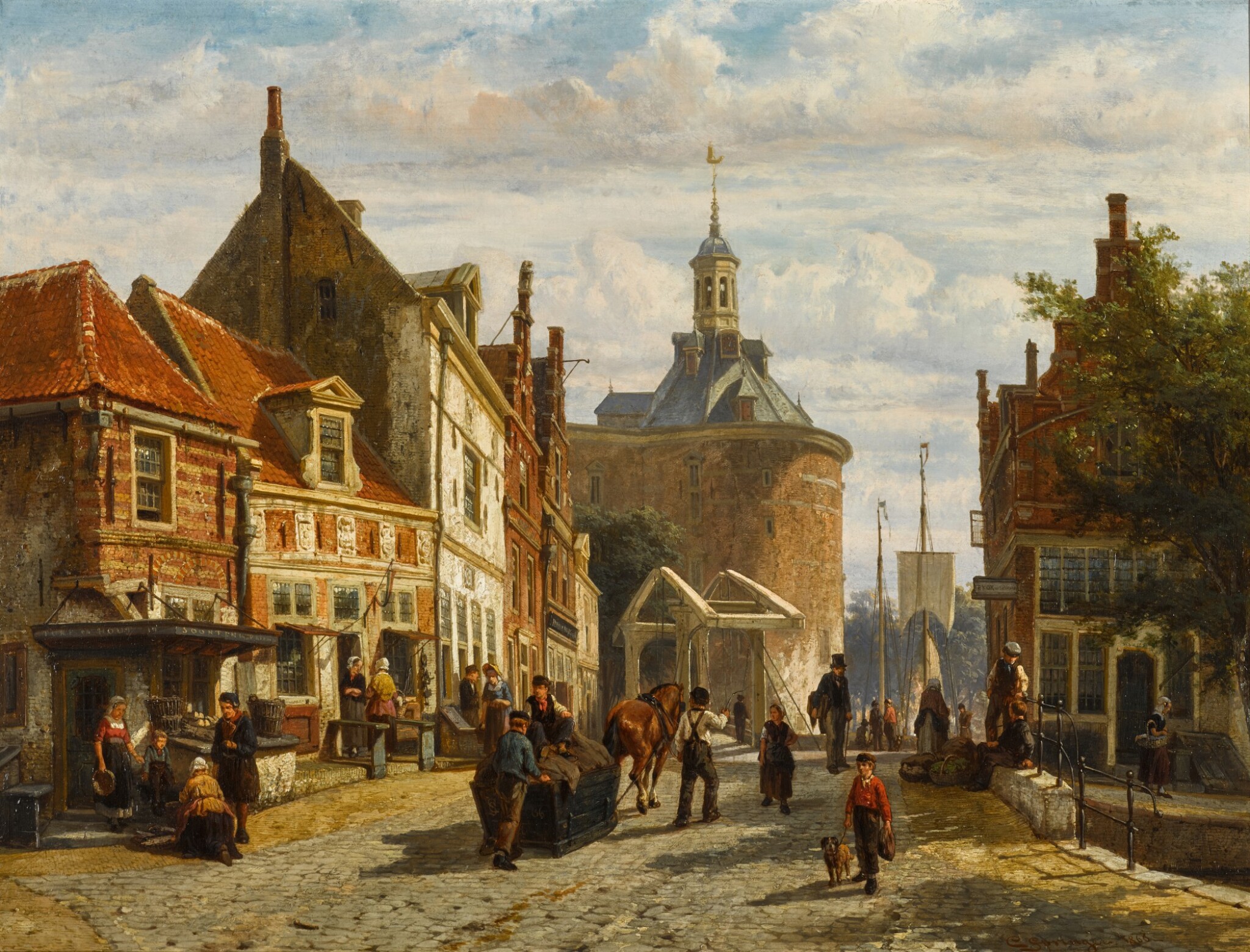 The panel is flat and even. Ultra-violet light reveals a few minor spots of retouching towards the right of the upper framing edge, and no other notable signs. This painting is in very good, virtually original condition and ready to hang. According to a label on the reverse, the frame was made by Thomas Agnew & Sons, Manchester.

Painted in the spring of 1866, at the height of Springer's artistic career, this view is based on sketches he made during trips to Enkhuizen in 1864 and 1865. As a rule, the artist would draw detailed preparatory sketches matching the actual size of his painting. In his delicate and precise manner, he would turn his sketches into a finished painting in his Amsterdam studio, which usually took about twenty days.

This part of the town has remained largely unchanged since Springer painted it. His meticulous observation of the built up environment can be seen through his accurate depiction of the facades of the sixteenth and seventeenth century buildings. Several genre-like scenes enliven the painting: a horse pulls a sledge over the cobbled stones towards the harbour whilst two men appear in animated conversation on the edge of the bridge. A lone man with a frock coat and top hat stands in the middle of the bridge looking toward the viewer, perhaps an allude to Springer himself preparing for his work in the golden afternoon sunlight.

From the early 1860s onwards, the town of Enkhuizen became an important source of inspiration for Springer. Besides Amsterdam, his place of birth, no other Dutch town features as prominently in his oeuvre. The Drommedaris is the southern gateway of Enkhuizen, and the most famous building in the town. It was built as a defence tower for the old harbour of the town in the sixteenth century. Today, it houses a 44 bell carillon where by tradition the city carillonneur of Enkhuizen rings the bell every Thursday at noon.

The masterful depiction of architecture, the lively staffage and well balanced play of light indicate that this picture belongs to the masterpieces in the oeuvre of Springer.