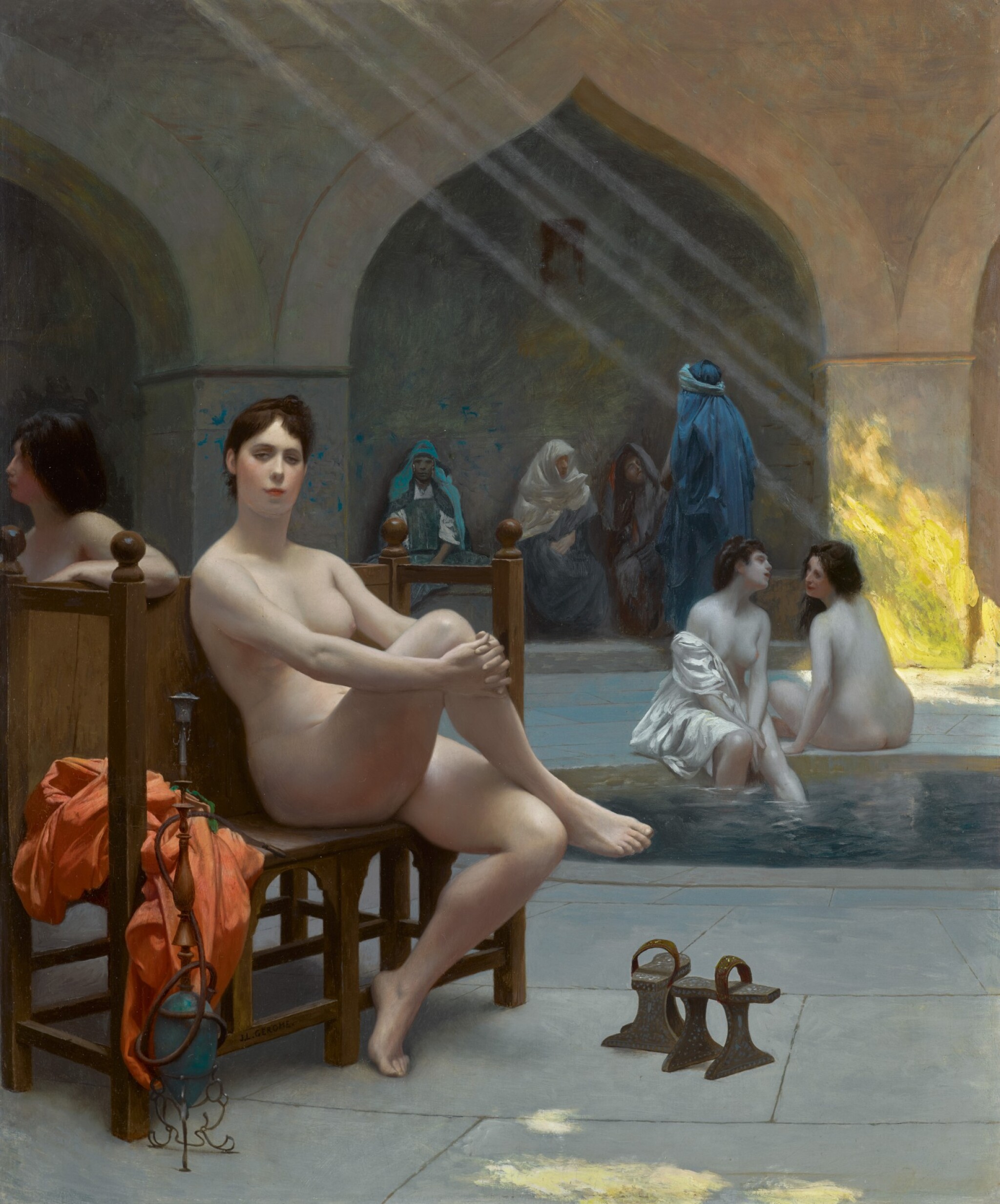 The canvas has been relined. Ultra-violet light reveals some minor signs of retouching, notably strokes along the framing edges, a stroke in the main figure's chin, in the hair of the woman to the left, and some minor signs in the architecture. This painting is in good condition and ready to hang.

Six years after visiting the New Baths in Bursa in 1879, Gérôme produced the most celebrated and impressive of his bath scene paintings, La Grande piscine à Brousse. Exhibited at the Paris Salon of 1885, Fanny Field Hering recalled in her 1892 monograph on Gérôme that the picture 'aroused the most enthusiastic admiration' and declared that it was 'probably the most remarkable of his pictures of this genre' (Hering, Gérôme, His Life and Works, New York, 1892, p. 247). The success of that painting prompted the artist to paint a series of bath scenes which went on to occupy a central position within his oeuvre in the 1880s and 1890s.

The subject of Le bain des femmes was not uncommon in nineteenth-century painting: Delacroix, Ingres, and Chassériau had already received critical acclaim for their various nudes set in Turkish interiors. Ingres' famous rendering of this subject in 1862 is an exotic fantasy of voluptuous, lascivious flesh and writhing bodies. In contrast with this, Gérôme's composition avoids even the mildest evocation of eroticism. The nude here, fully self-aware, is not represented as engaging in primitive sensuality but rather in the innocuous social activity of spending time at the bath.

Gérôme's bath scenes, painted in the rigorous, French academic style, recall the 'seen through the keyhole' glimpses of women at their toilette painted by the artist's friend and contemporary, Edgar Degas. Yet, while Degas' paintings adopt the avant-garde, Impressionist style, Gérôme's is the more radical. While Degas' women are unaware that they are being observed, Gérôme's model engages overtly with the viewer, fully cognisant that she is the object of the viewer's gaze, which she returns in kind.