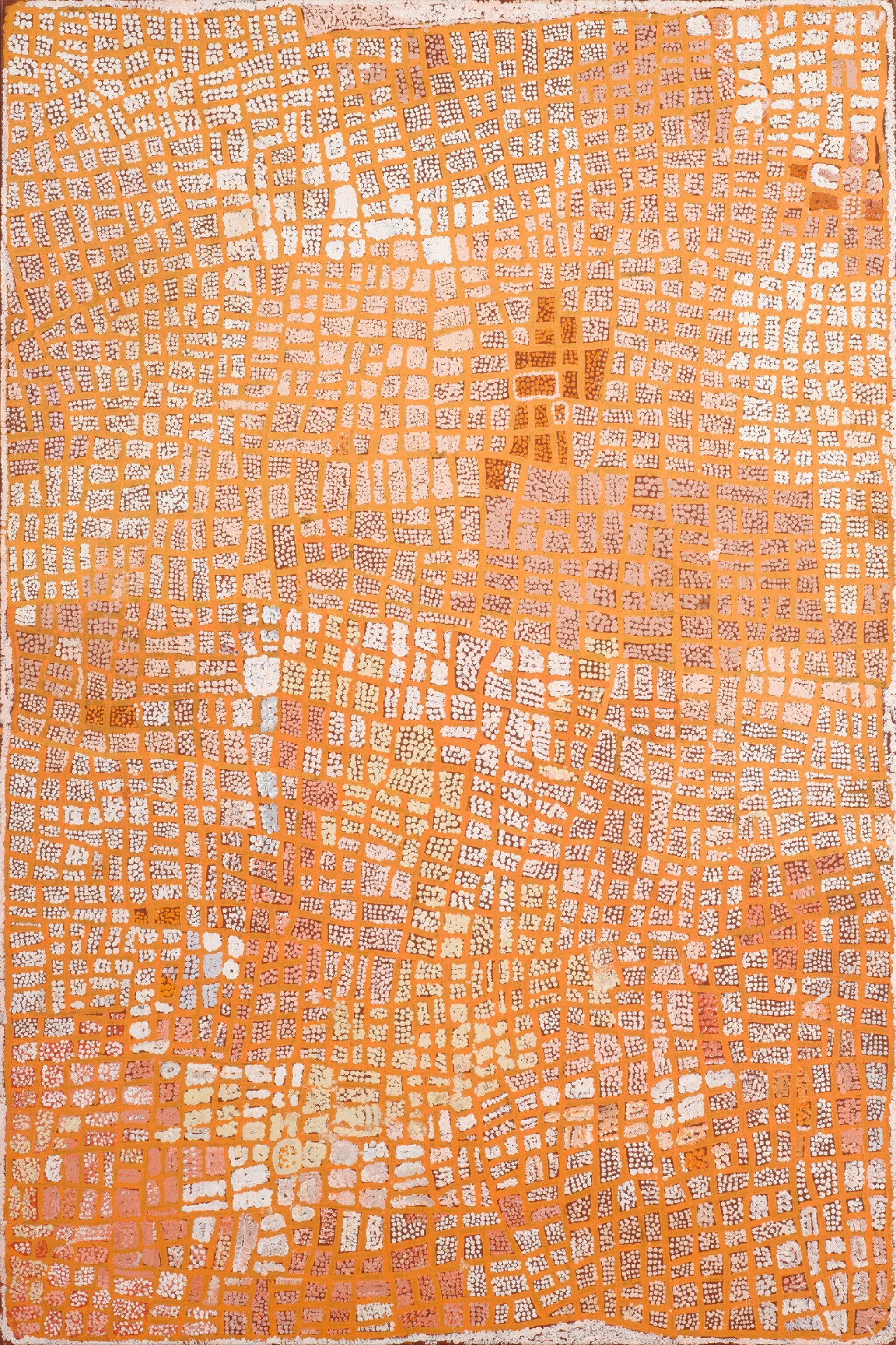 Considered one of the most important artists to emerge from the group of women at Kintore and Kiwirrkurra who began painting for Papunya Tula Artists in 1996, Naata Nungurrayi’s artworks have continually held the attention of curators and major collectors. Her powerful and distinct paintings have been included in many of the most significant museum exhibitions, including Papunya Tula: Genesis and Genius at the Art Gallery of New South Wales in 2000. Major paintings have been acquired by the National Gallery of Australia, the National Gallery of Victoria, the Art Gallery of New South Wales, and other leading institutions. Consigned from an American collection, Marrapinti is one of the artist’s most significant and breathtaking paintings to come to auction in recent years.

This painting is sold with an accompanying Papunya Tula Artists certificate that reads:

'This painting depicts designs associated with the rockhole and soakage water site of Marrapinti, to the west of the Pollock Hills in Western Australia. The lines are sandhills surrounding the area. A large group of senior women camped at this rockhole making the nose-bones which are worn through a hole in the nose web. These nose-bones were originally worn by both men and women but are now only worn by the older generation on ceremonial occasions. The women later travelled east passing through Wala Wala, Kiwirrkura and Ngaminya'