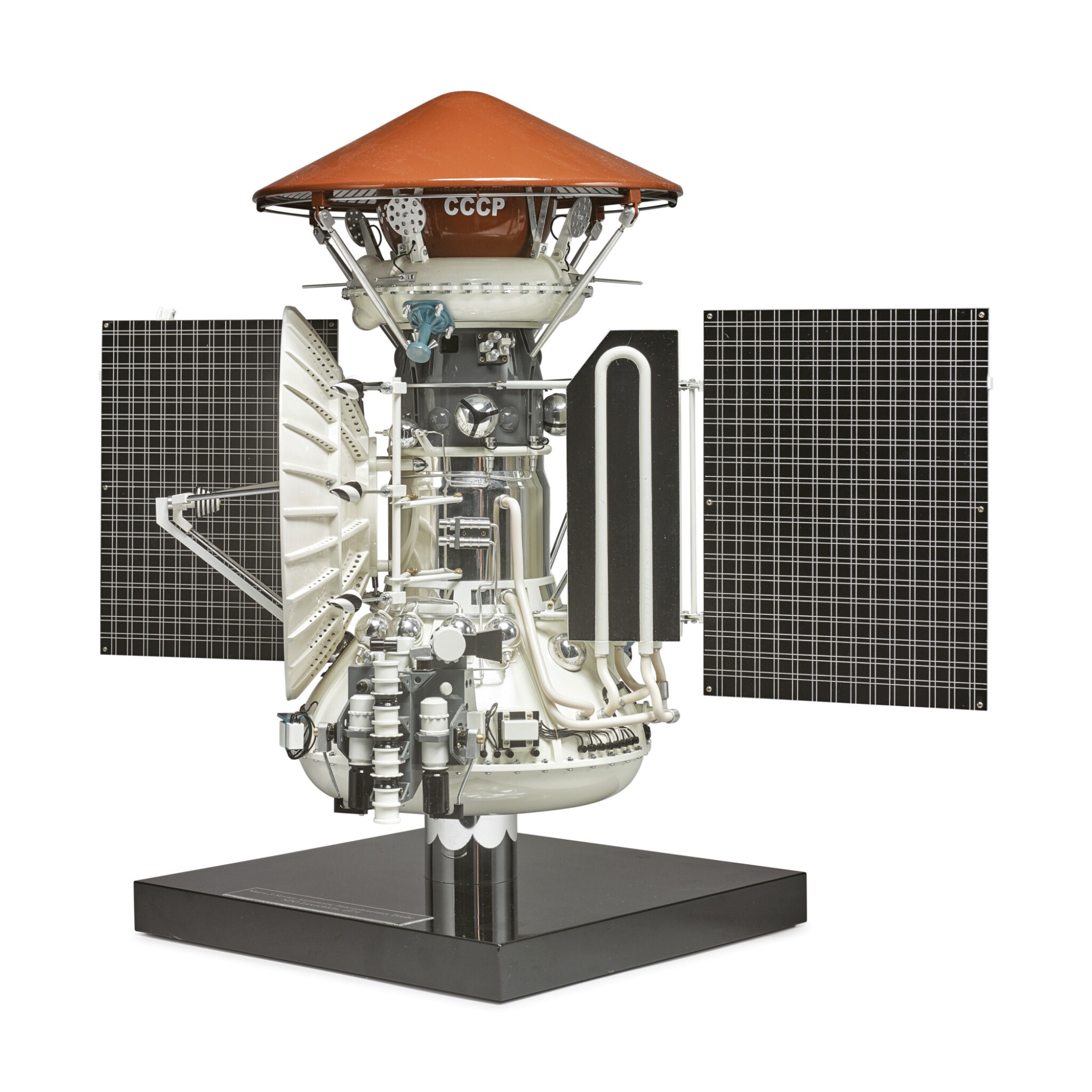 Mars-3 was an unmanned space probe of the Soviet Mars program, which spanned from 1960-1973. Developed by the Lavochkin Design Bureau in Khimki, it was designed to study the surface of Mars both from orbit and on the lander, and was launched by a Proton-K rocket on 28 May 1971. After 6 months, on 2 December 1971, the probe became the first spacecraft to soft-land on the martian surface. The data transmission to Earth lasted only 14.5 seconds before communications halted for reasons unknown.

Please note the following amendments to the printed catalogue: Please note, the scale of this model is 1:18 and not 1:8 as previously stated in the catalogue