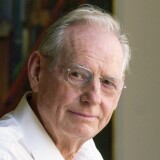 Works by Wayne Thiebaud at Sotheby's 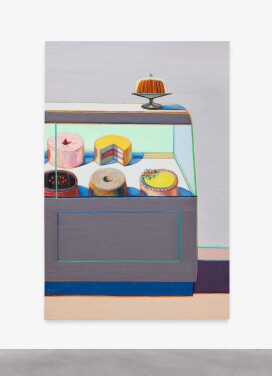 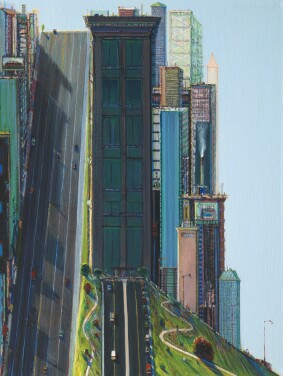 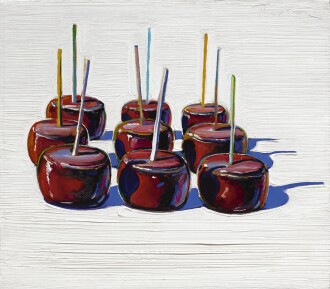 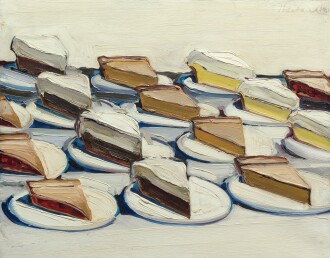 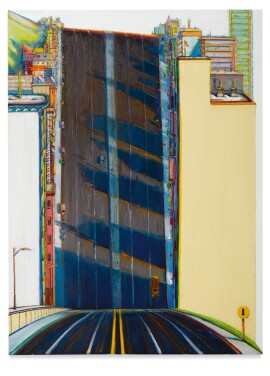 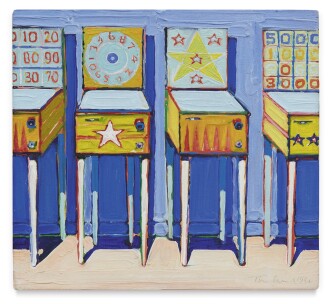 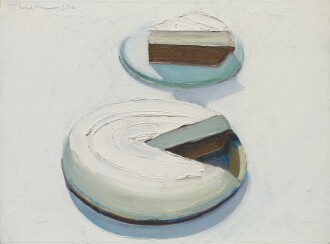 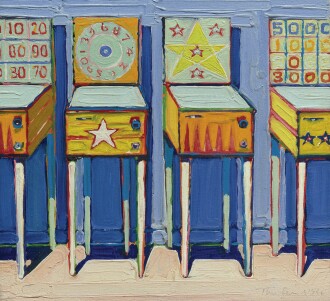 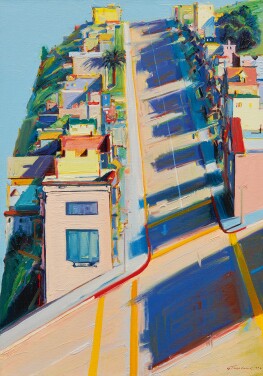 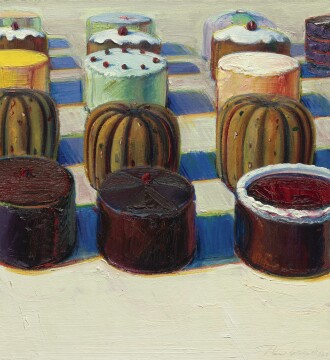 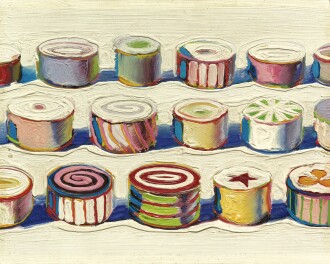 American painter Wayne Thiebaud has uniquely synthesized Pop Art’s interest in popular mass culture; Abstract Expressionist experimentation; the aesthetics of Edward Hopper; and the American illustrative approach to painting. He is famed for his pastel artworks sweet confections including candy, cake, and colorful slices of pie, in addition to his personal renditions of San Francisco’s street views and urban spaces. Throughout his career he has exhibited regularly in East Coast galleries and museums and sustained formative relationships with New York artists. Thiebaud remains, however, in his home state of California, with which he is closely associated and where he continues to paint and teach.

Born in Mesa, Arizona, Thiebaud moved with his family to Los Angeles just one year after his birth. His early interest in artistic production brought him to practice stage design and theater lighting, in addition to an apprentice program at the animation department of Walt Disney Studios in the 1930s. During World War II, he served as a cartoonist for the First Motion Picture Unit of the United States Army Air Forces commanded by Ronald Reagan, which greatly influenced his consumer-based commercial production later in his career. After meeting Franz Kline and Willem and Elaine de Kooning on a trip to New York in the late 1950s, Thiebaud became influenced by Abstract Expressionism, and expanded his paintings using thicker impasto, exaggerated colors and forms produced through more basic blocks of paint. He was included in the 1962 New Painting of Common Objects exhibition, alongside Roy Lichtenstein, Andy Warhol, and Edward Ruscha that fully launched Pop Art, solidifying Thiebaud as a renowned American painter.

Thiebaud taught at the University of California, Davis, for over 30 years, cultivating and promoting new American artists. His works continue to captivate collectors. He was one of the top ten American artists with the highest aggregated sales over the past ten years. Thiebaud’s work can be found at the Whitney Museum of American Art, New York; the Los Angeles County Museum of Art; the Smithsonian Museum, Washington DC; the San Francisco Museum of Art; the Museum of Modern Art, New York; and many other institutions. In 1994 President Clinton presented him with the National Medal of Arts, and in 2001 the American Academy of Design gave him the Lifetime Achievement for Art.

Museums with Works by Wayne Thiebaud 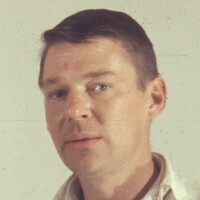 Type: artist
Category: Artist
Richard Diebenkorn
View Profile
Artist Image: 2000/Daily News, L.P. (New York)
Please note that prior performance of the indexes and realized returns contained herein does not guarantee future results. In addition, there is no guarantee that random collections of individual works of art or stocks will yield index returns. We are not financial advisors and we are not in the business of recommending art as an investment. We also have no comparative advantage in forecasting the future direction of the art market. Investment decisions should be based on the risk return tolerance and time horizon of the investor with, if desired, the support of a licensed financial advisor. This information is provided "as is" and with no representations or warranties either express or implied of accuracy, merchantability, fitness for a particular purpose or of any other nature are made with respect to this information or to any expressed views presented in this information.