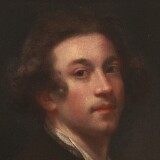 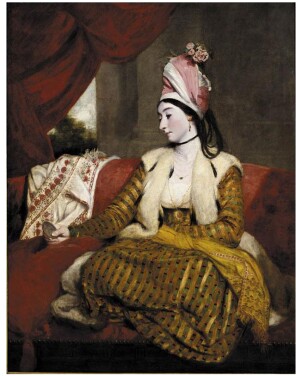 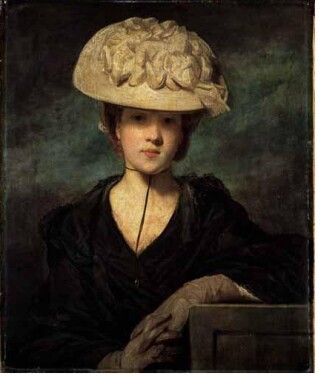 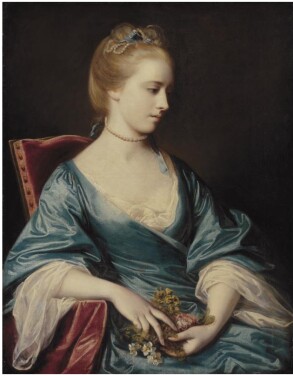 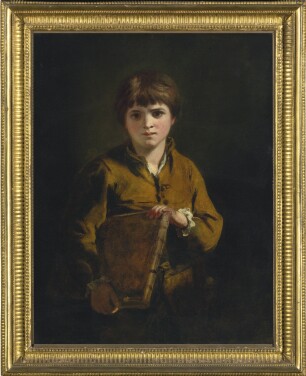 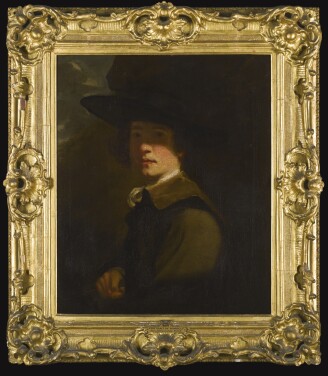 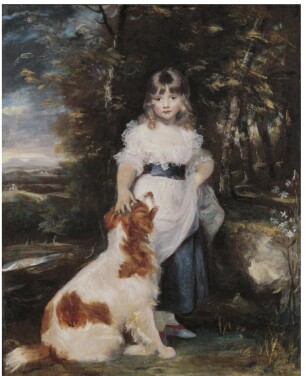 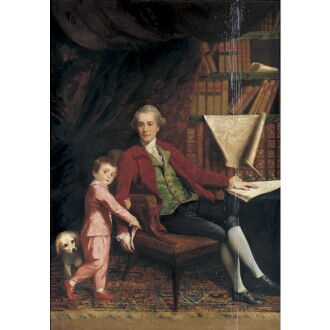 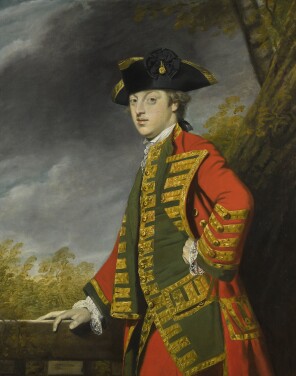 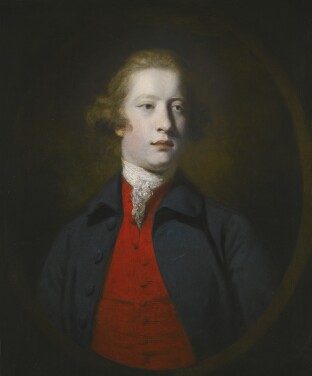 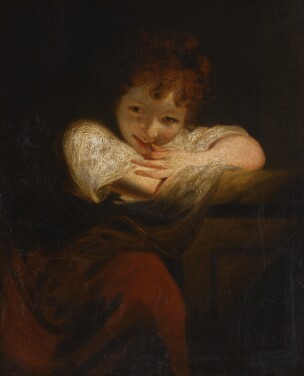 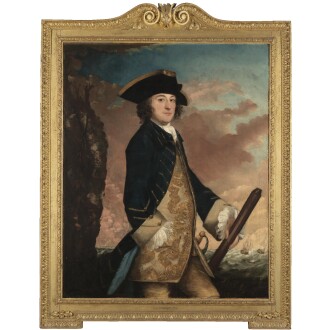 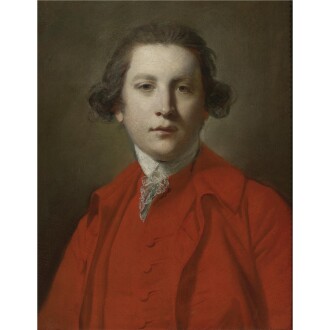 The painter and scholarly aesthetician Sir Joshua Reynolds was both a guiding force and one of the defining artists of 18th century England. Born in 1723 in Plympton, Devon, England, Reynolds showed an early interest in classical art and literature. In 1740, the young artist became an apprentice to the portraitist Thomas Hudson in London, for whom he worked for four years. Following a brief return to Devon, in 1744 Reynolds returned to London and began devoting his time to the study of Old Master painting, and the development of his own style and technique of painting.

An introduction to Commodore Augustus Keppel, who was en route to the Mediterranean, led Reynolds to undertake a several-year trip in Europe, which included a two-year stay in Rome, Italy. His return trip to England took him through several northern Italian cities, such as Florence and Venice, as well as France. His travels throughout Italy are of particular note, as they served as Reynolds artistic training — he never undertook formal artistic study. Undoubtedly due to his travels, Reynolds came to venerate the method and style of Old Masters and classical antiquity, and he applied what he’d learned from observing their works into his own practice.

Following his return to London, Reynolds initiated a career as a portraitist. A full-length portrait of Keppel, where he poses as the Apollo Belvedere, impressed those in the capital, and solidified his standing as one of the leading portraitists of the time. He was soon the most sought-after portraitist in England, and his success allowed him to purchase a large home in a popular part of the city. The demand for works by Reynolds grew to such a fevered pitch that by the mid-part of his career the peripheral elements of his paintings were being completed by his assistants or students.

Despite his general indifference to public life or fame, his artistic influence was made known through both his teaching (where he proselytized the supremacy of Old Master and Classical modes of art) and regular exhibitions at the Society of Artists and Royal Academy; he was named the first president of the Royal Academy of Arts the year it was founded in 1768. Shortly thereafter, he was granted knighthood by King George III, and later became the primary royal portraitist.

After several bouts of ill-health beginning in the 1780s, Reynolds died in his home in 1792, and was honored with a burial in St. Paul’s Cathedral. His legacy may perhaps be distilled into his championing of the formal “grand manner” artistic style based on idealization and classicism. Reynolds discussed this approach over the course of fifteen lectures, which he delivered at the Royal Academy between 1769 and 1790, all published in his book Discourses on Art. Today, his work may be found at such prestigious institutions as the Metropolitan Museum of Art, New York; National Gallery of Art, Washington, DC; State Hermitage Museum, St. Petersburg; and the National Gallery, London.

Type: museum
State Hermitage Museum
St Petersburg
Type: museum
National Gallery of Art, Washington
Washington D.C.
Type: museum
National Gallery
London
Type: museum
The Metropolitan Museum of Art
New York, New York | New York
Please note that prior performance of the indexes and realized returns contained herein does not guarantee future results. In addition, there is no guarantee that random collections of individual works of art or stocks will yield index returns. We are not financial advisors and we are not in the business of recommending art as an investment. We also have no comparative advantage in forecasting the future direction of the art market. Investment decisions should be based on the risk return tolerance and time horizon of the investor with, if desired, the support of a licensed financial advisor. This information is provided "as is" and with no representations or warranties either express or implied of accuracy, merchantability, fitness for a particular purpose or of any other nature are made with respect to this information or to any expressed views presented in this information.