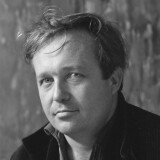 Works by Sam Francis at Sotheby's 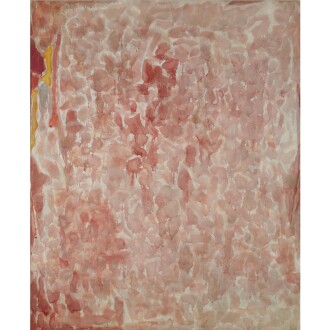 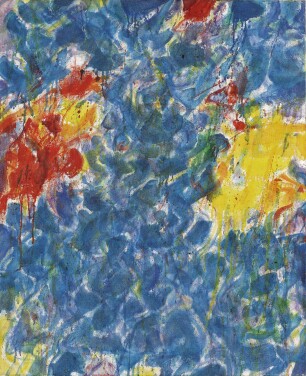 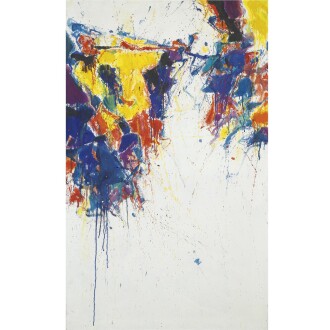 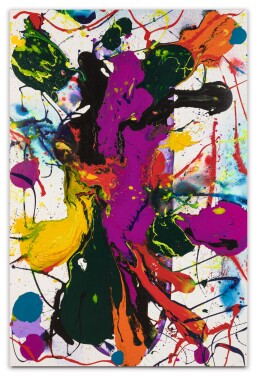 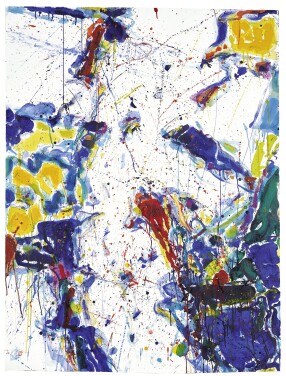 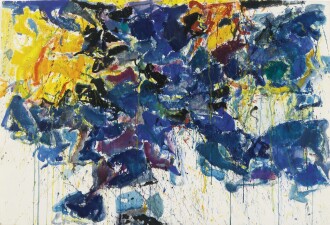 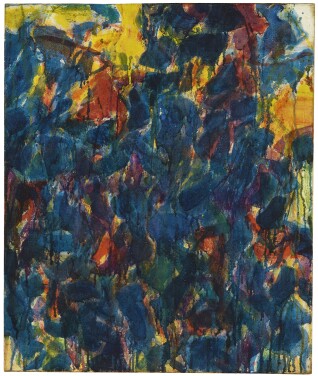 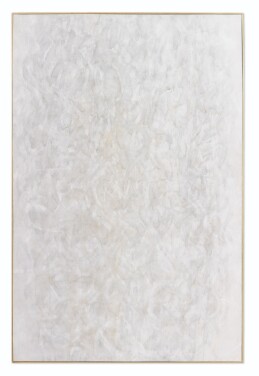 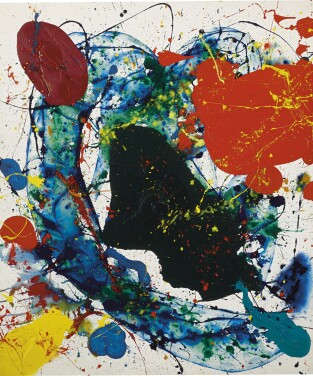 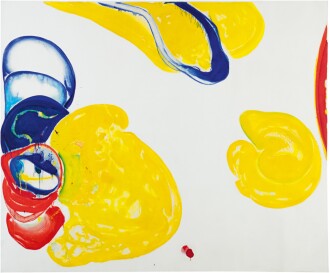 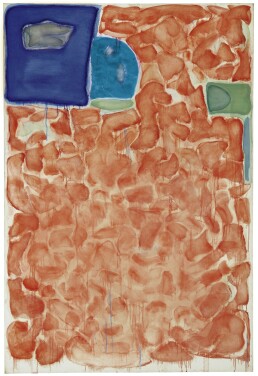 Born in San Mateo, California, in 1923, Francis served in the US Air Force during World War II, later earning degrees in psychology and botany at UC Berkeley. Moving to Paris in the 1950s, he encountered Monet’s Waterlillies, which proved lastingly influential to his art’s scale and sensitivity to light and colour. The artist also travelled extensively – to Tokyo, Mexico City and New York, among others – and became familiar with non-Western philosophy. His work evolved from monochromatic abstractions to rich chromatic murals to his iconic “open” paintings, in which vividly hued splashes and drips of colour are punctuated by expanses of white.

After his painting Big Red was included in the exhibition Twelve Artists at the Museum of Modern Art in New York in 1956, the artist enjoyed increasing critical success. Beginning in the 1960s, and except for a stay in Japan in the mid-1970s, Francis lived and worked primarily in Los Angeles, where he eventually died in 1994. His large-scale abstract paintings are valued for his singular aesthetic vision, a confluence of New York School, Color Field, Japanese Zen and Chinese calligraphy painting.

A founding trustee of the Los Angeles County Museum of Art, Francis has his work in its the permanent collection, as he does at the Kunstmuseum, Basel; the Centre Pompidou, Paris; and the Metropolitan Museum of Art, New York, among others. According to Sotheby’s Mei Moses Art Indices, the average compound annual return for a Sam Francis resold at auction between 2003 and 2017 was 6.1%, and an impressive 81.9% of 166 such works increased in value.
The top three record prices for Sam Francis at auction are:

Museums with Works by Sam Francis

Type: museum
Honolulu Museum of Art
Honolulu, Hawaii | Hawaii
Type: museum
Centre Pompidou
Paris
Type: museum
The Museum of Modern Art
New York, New York | New York
Type: museum
The Metropolitan Museum of Art
New York, New York | New York
Type: museum
Kunstmuseum Basel
Basel
Artist Image: 2010 Arnold Newman
Please note that prior performance of the indexes and realized returns contained herein does not guarantee future results. In addition, there is no guarantee that random collections of individual works of art or stocks will yield index returns. We are not financial advisors and we are not in the business of recommending art as an investment. We also have no comparative advantage in forecasting the future direction of the art market. Investment decisions should be based on the risk return tolerance and time horizon of the investor with, if desired, the support of a licensed financial advisor. This information is provided "as is" and with no representations or warranties either express or implied of accuracy, merchantability, fitness for a particular purpose or of any other nature are made with respect to this information or to any expressed views presented in this information.