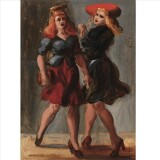 Works by Reginald Marsh at Sotheby's 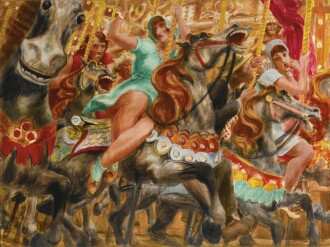 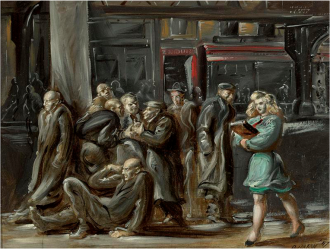 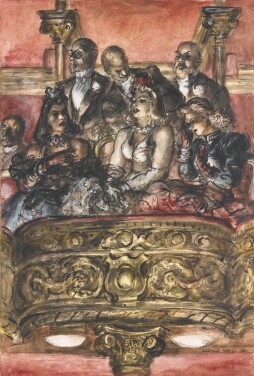 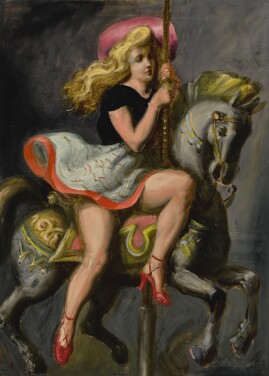 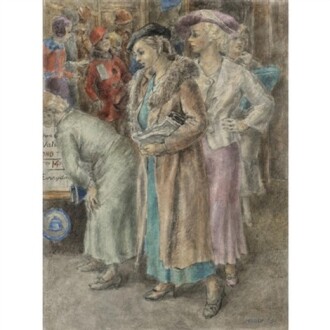 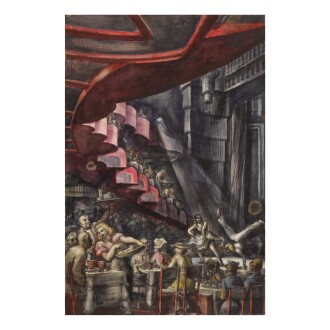 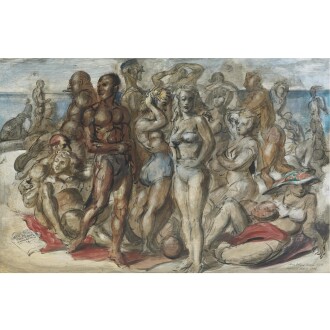 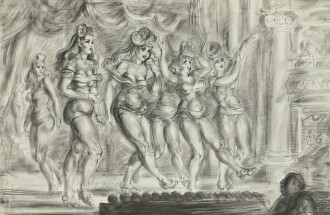 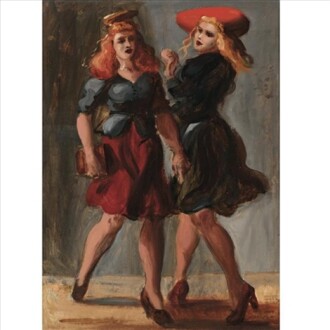 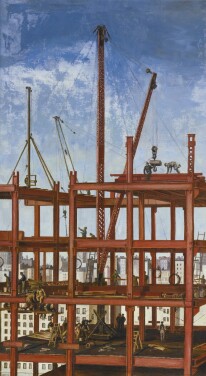 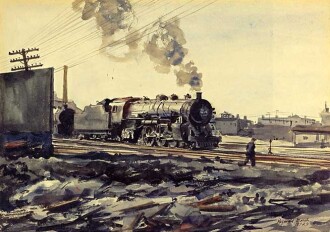 American artist Reginald Marsh was best known for his depictions of marginalized groups and the seedy underbelly of New York City in the first half of the 20th century. His chosen subjects were the homeless living in downtown Manhattan, burlesque shows, gritty scenes on Coney Island and the sea ports and the hustle of everyday life, which he treated with nuanced psychological consideration and a sense of vibrant urgency in his brushstrokes. His style has been analyzed in the context of Social Realism, as he rejected the Modernist tradition but felt a kinship with the masters of the Italian Baroque.

After Marsh’s birth in Paris in 1898 to American artist parents, the family moved to a small artist community in New Jersey at the turn of the century. Later, he graduated from the Yale Art School before moving to New York, where he contributed illustrations of vaudeville acts to the New York Daily News, The New Yorker and the New Masses Marxist journal. He studied under John Sloan, Kenneth Hayes Miller and George Luks at the Art Students League, and was influenced by the work of Regionalist painter Thomas Hart Benton, whom he met while visiting Renaissance masterpieces in Paris. He began turning to the subjects of his magazine illustrations for his paintings and followed an interest in the plight of American women during the Depression, paying particular attention to the ways in which their financial state made them potential victims of sexual exploitation. Marsh’s early death at the age of fifty-six cut short a blossoming career which sought to document the realities of American life in his time.

In addition to his painting, Marsh taught a long list of artists at the Art Students League, Roy Lichenstein among them. He was awarded the Gold Medal for Graphic Arts by the American Academy and the National Institute for Arts and Letters just before his death. In addition to his murals and works that can be found in major American institutions, including the William Jefferson Clinton Federal Building and the Alexander Hamilton U.S. Custom House, Marsh’s works are held at the Whitney Museum, the Detroit Institute of Arts, the Brooklyn Museum and many other major American museums.