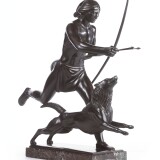 Works by Paul Manship at Sotheby's 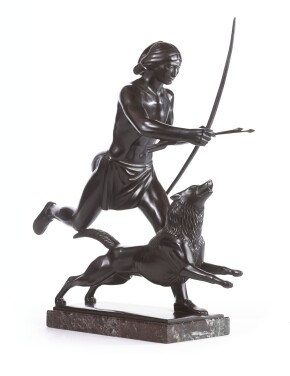 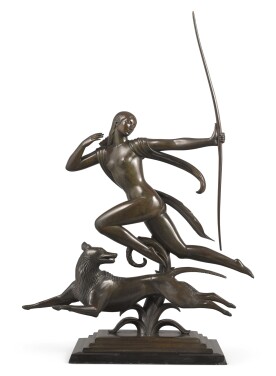 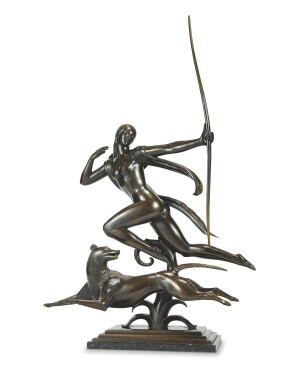 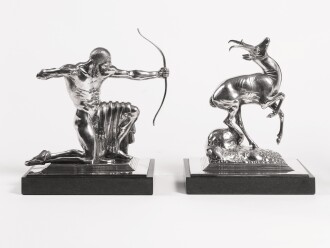 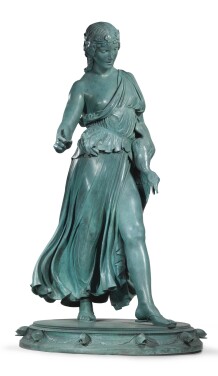 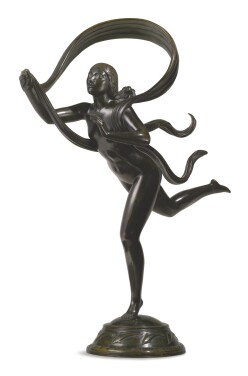 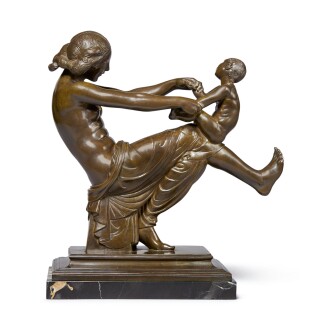 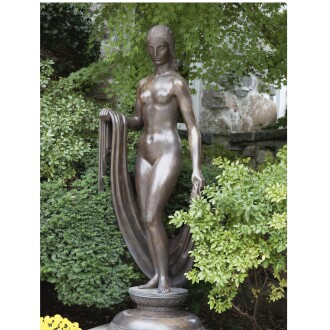 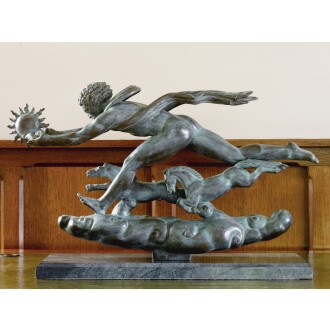 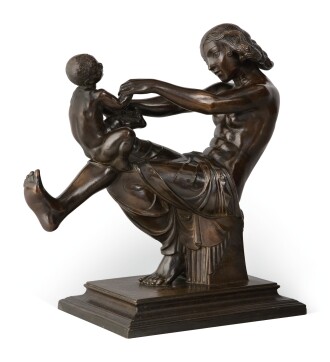 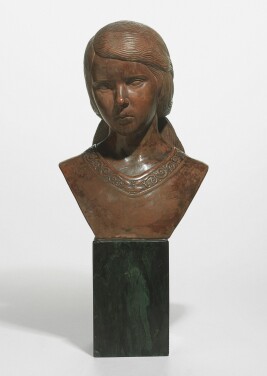 Paul Manship’s sculptural works, characterized by their clear linear compositions and graceful economy of form, made him one of the best known and most successful American sculptors of the interwar period. Rising to prominence in the early 20th century, Manship rejected Beaux Arts naturalism in favor of a highly stylized simplicity recalling the archaic aesthetic vernaculars of Greek, Roman and Indian art. Manship is perhaps most famous for his large public commissions, including the iconic Prometheus (1934) fountain statue at New York City’s Rockefeller Center. Art historians recognize his pioneering style as a major precursor to the Art Deco movement of the ‘20s and ‘30s, and as a bridge between the academic style of the previous century and the radical modernism of the Post-World War II era.

Manship was born in St. Paul, Minnesota in 1885. He began his studies at the St. Paul Institute School of Art in Minnesota, and later enrolled at the Art Students League in New York. An ambitious student, Manship soon became an assistant to the sculptor Solon Borglum, whom he credited as an important influence. In 1909, Manship was awarded a scholarship to study at the American Academy in Rome; while in Europe, he traveled extensively and developed a keen interest in archaic Greek sculpture, as well as Egyptian, Asian and Assyrian art. Upon his return to the United States in 1912, Manship quickly established a thriving practice, selling out his first exhibition of 96 bronze statues. By the end of his career, Manship had produced over 700 works – including statues, busts, monuments and medals – and garnered widespread acclaim and commercial success. Manship died in 1966 in New York City.

During his highly awarded career, Manship also served on and chaired the board of the Smithsonian American Art Museum, and served on the US Commission of Fine Arts from 1937 – 41. In 2004, the Smithsonian mounted a major retrospective of his career; today, the museum houses a gallery dedicated to his work. His pieces are also held in the collections of the National Gallery of Art in Washington, D.C.; Metropolitan Museum of Art in New York; Art Institute of Chicago; Los Angeles County Museum of Art; and Walker Art Center in Minneapolis.