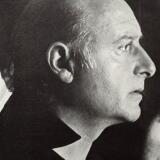 Past Lots by Mimmo Rotella 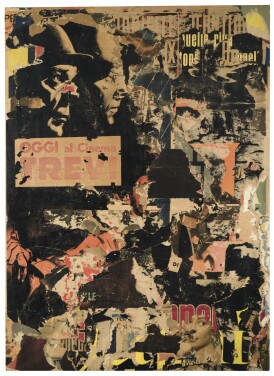 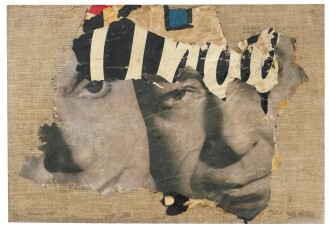 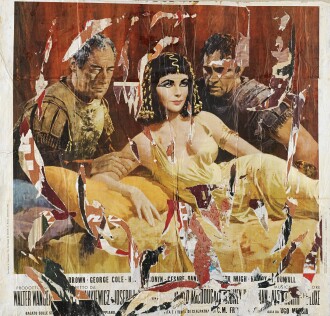 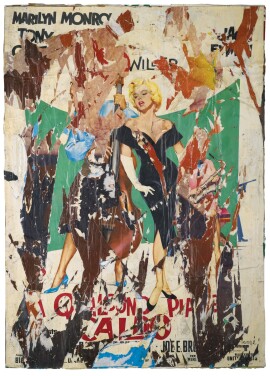 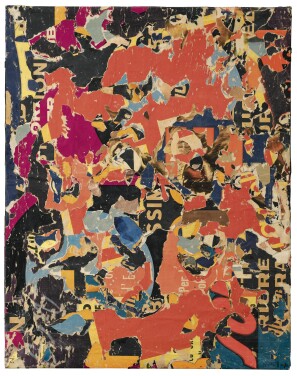 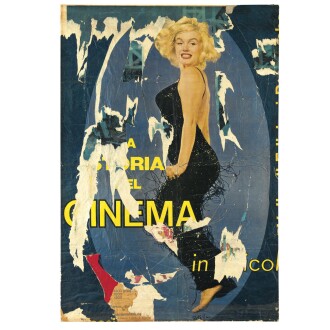 Mimmo Rotella was an artist best known for his “double décollages,”and was also a member of the French Nouveaux Réalistes group. Born in Catanzaro, Rotella studied at the Accademia di Belle Arti in Napes, and then moved to Rome in 1945. Also during this time, he developed “epistaltic” poetry, a combination of real and invented words, sounds, and onomatopoeic repetition. In 1951, he held his first solo exhibition at the Galleria Chiurazzi in Rome. That same year, he was awarded a Fulbright, and traveled to the United States, where he studied at Kansas City University.

Rotella moved back to Rome in 1953, and began producing his first décollages, compositions made up of posters stripped off of outdoor walls in Rome. These posters were applied to canvas, and then further ripped apart. Though initially abstract, after 1958, he created figurative décollage, and produced the Cinecittà series, using images from film posters.

In 1961, he was invited by Pierre Restany to join the Nouveaux Réalistes group, and three years later, moved to Paris. In 1964, he was the Italian representative to the Venice Biennale.

In the 1980s, Rotella settled in Milan and produced his blanks, in which he covered the ripped posters with monochrome sheets of paper. In 1984, he began painting, and produced the series Cinecittà 2 and Sovrapitture, in which he painted directly onto advertisements. He exhibited at the Centre Pompidou of Paris and at The Museum of Modern Art in New York, in 1990, and at the Guggenheim Museum in 1994. In 2000, the Foundation Mimmo Rotella opened, with the aim of promoting Contemporary Art and preserving the artist’s work.

Rotella died in Milan at the age of 87.