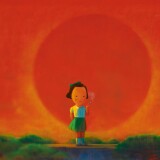 Works by Liu Ye at Sotheby's 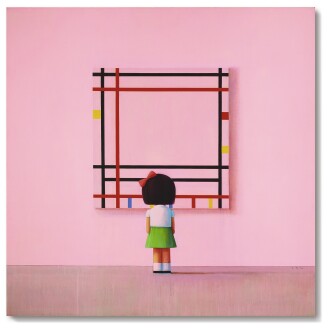 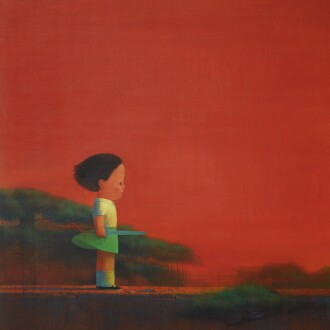 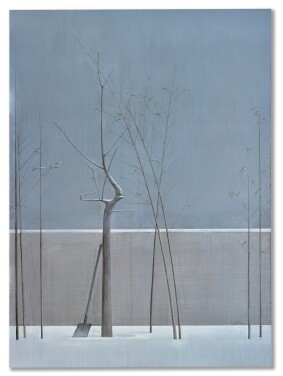 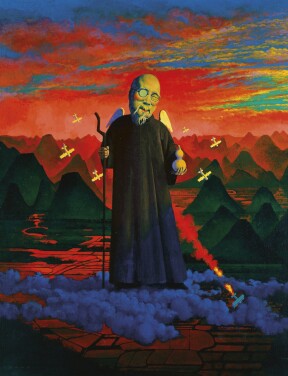 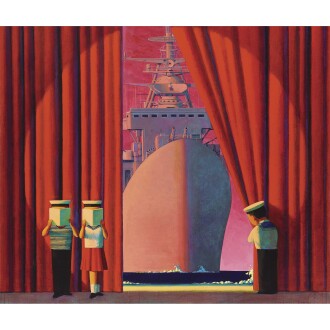 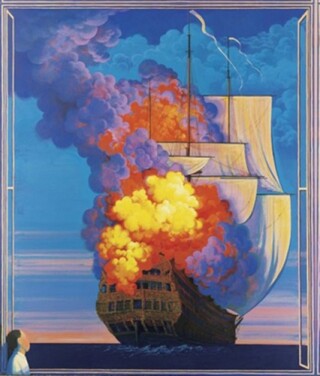 Contemporary Chinese painter Liu Ye is best known for his stylized images of children and exaggerated figures in imaginative, colorful compositions. Although his childhood was in many ways informed by the Cultural Revolution, his work and career are singular amongst those of his contemporaries, as his work does not directly engage with the political changes in China of the 20th century. Instead, he consistently seeks a broad, universal understanding of humanity and expression, building worlds and inventing characters to explore the human condition that break or ignore chronological, spatial or ideological frameworks.

Born in 1964 in Beijing, Liu showed an early interest in drawing. His father, an author of children’s books, was sent to the countryside as part of Mao Zedong’s Down to the Countryside Movement when Liu was a child, but he had hid fairy tales and stories by Hans Christian Andersen and Alexander Pushkin under his bed, which influenced the young Liu’s predilection for illustration. At the age of ten he began taking lessons with Tan Quanshu, and eventually enrolled at the School of Arts and Crafts in Beijing and later the Central Academy of Fine Arts, where he studied mural painting. He completed his MFA at the Berlin University of the Arts, broadening his knowledge of Western painting traditions, which he supplemented with the Artist in Residence program at the Rijksacademie in Amsterdam and an internship at Delfina Studio Trust in London. His work reveals his sustained interest in the work of Mondrian, Vermeer, Paul Klee, Dutch portraiture and the ideals of the Bauhaus. Over time, Liu developed a style that synthesizes fantasy with naturalism in an overall effort to explore human nature and idealized beauty through a deeply modern and international lens.

Liu has had major solo exhibitions at museums and galleries around the world, including Johnen and Schöttle in Cologne, Sperone Westwater in New York, Schoeni Art Gallery in Hong Kong and many others. His works can be found in the permanent collections of the Shanghai Art Museum, the Long Museum and many other institutions around the world.