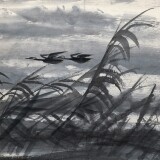 Works by Lin Fengmian at Sotheby's 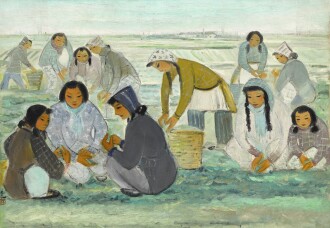 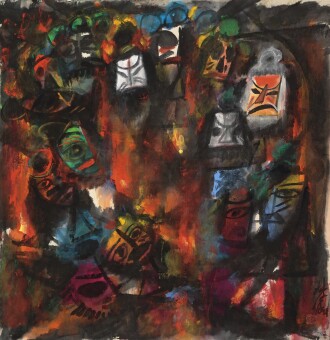 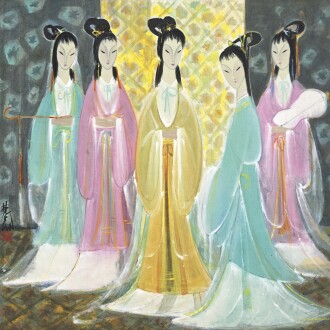 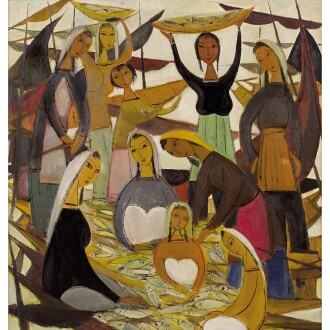 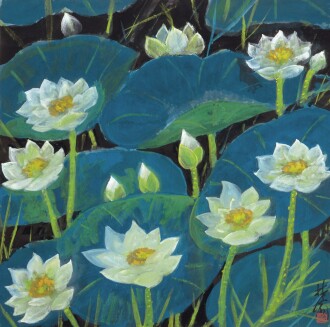 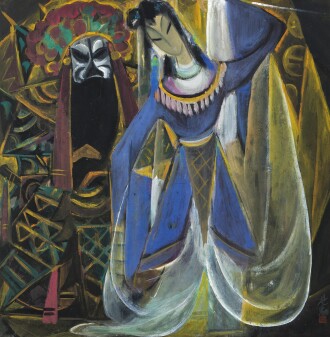 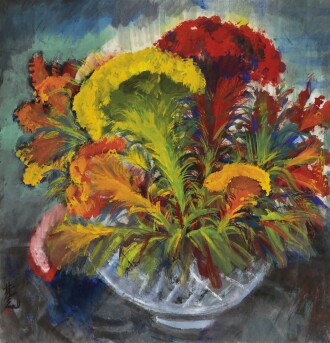 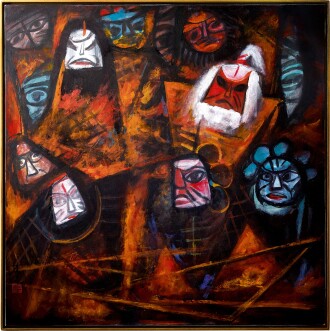 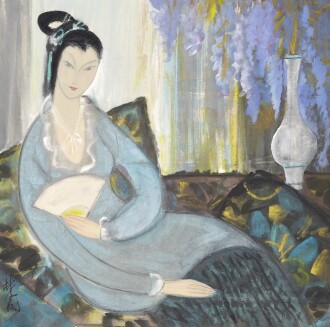 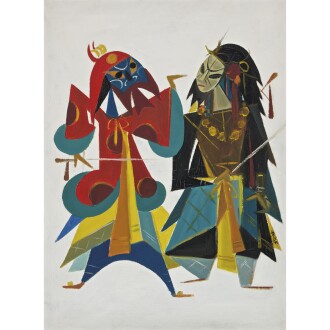 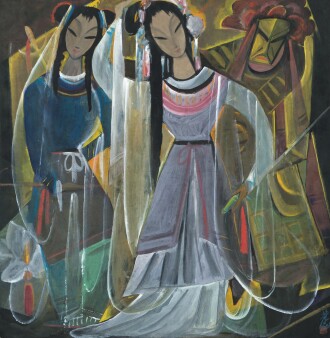 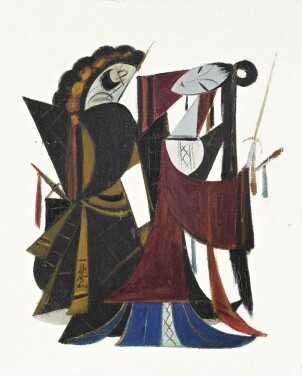 Lin Fengmian was a pioneer of modernism known for his brilliant hybridization of Chinese and European styles, subjects and methods. In his role as a prominent educator, Lin laid the foundation for Chinese modern art. Throughout his long and productive life, Lin absorbed a wide array of stylistic approaches into his paintings, and was one of the earliest Chinese artists to make a serious study of European modern art along with traditional ink paintings.

Lin’s early life was shaped by poverty and trauma. The son of a painter, Lin was born in Guangdong in 1900. At the age of seven, he watched in horror as his mother was sold into servitude. A year later, in a stroke of good fortune he bought a winning lottery ticket that would transform his fate. After completing middle school Lin used his remaining winnings from the lottery to travel with his friend Lin Wenzheng to Shanghai where they prepared for a work-study program in France. By 1920 Lin was working as a signboard painter in Marseilles, sketching and studying French in his spare time. Lin’s work as a sign painter would help develop the steadiness and clarity of his later brushwork.

Following six months of study at the School of Fine Arts in Dijon, Lin left for Paris where he studied at the École des Beaux Arts and the studio of Fernand Cormon (1845-1924). He had a highly eventful year in Germany, where he saw the works of German Expressionists and held a one-man exhibition, married his first wife, and exhibited 42 paintings in an Exhibition of Traditional and Modern Chinese Art. Soon after, with the untimely and sudden death of his wife and first-born child, the stunned Lin’s art and outlook were transformed. He remarried in 1925 and then returned to Beijing in 1926, committed to revitalizing Chinese art through education. After serving as the first principal of the National Beijing Fine Art School he founded the Hangzhou National College of Art where he taught Western style painting to students including Zao Wou-Ki, Chu Teh-Chun, and Wu Guanzhong.

Lin Fengmian’s life was marked by numerous upheavals and tragedies including the destruction of may of his works during the Sino-Japanese War and Cultural Revolution. After a period of imprisonment he worked to recreate his earlier paintings. After leaving China in 1977 to reunite with family members Lin Fengmian ultimately settled in Hong Kong where he died in 1991 at the age of 90 years old.

His work can be found in many museum collections including the Metropolitan Museum of New York, the Cernuschi Gallery of Asian Arts of Paris, and the Art Gallery of New South Wales.